In uncertain times,
we give you certainty.
29 October 2021 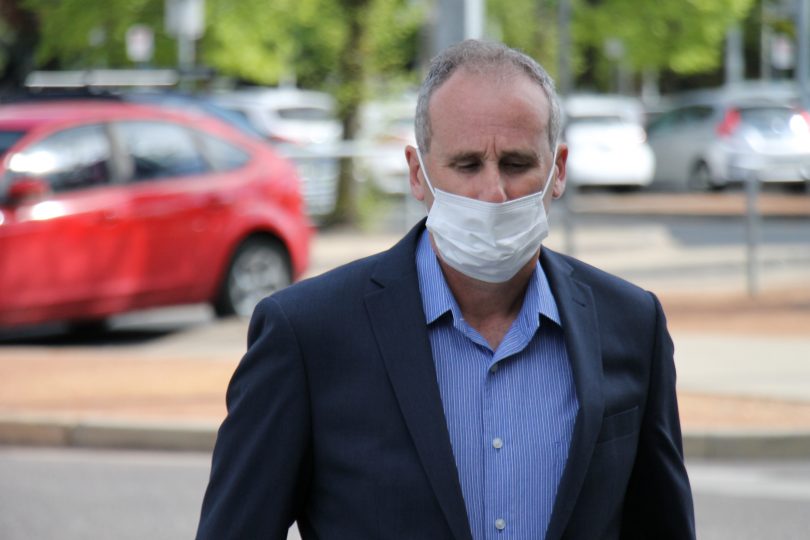 “You’re not going to regret this,” a disgraced AFL coach and child rapist is said to have told one of his victims before sexually abusing the young boy for the first time.

On Thursday (28 October), the victim’s interview with police was played to the ACT Supreme Court in which he detailed his experiences with Stephen James Porter, how it began and the abuse he endured at his hands.

The interview was played as part of a disputed facts hearing, because while the 51-year-old has admitted to raping the boy, he disagrees with the number of times the assaults are alleged to have happened.

The boy said the man he called Steve – describing him as someone who was “always wearing shorts; he never wears pants” – was working as a coach at the Ainslie Football Club when he approached him and his parents with a proposition.

“He said ‘you’ve got talent’,” the boy, who was playing AFL at the time, said.

“He put the offer on the table he would develop me into a better player.”

They started training and the boy said Porter built up a coaching relationship with him, then a friendship, playing board games together and having dinner at the boy’s house, sometimes drinking so much he would have to stay overnight.

The boy said he felt something strange was going on one occasion when Porter was driving him home for dinner and began talking about his past relationships, including the fact that he wasn’t really attracted to women.

The boy asked Porter if he was gay, but he replied that he liked “something different”.

“That moment, I felt very uncomfortable, a bit confused. I remember feeling just sort of still, sort of frozen.

Nothing happened for a while afterwards. But the boy said sometime later they were playing video games at Porter’s house when Porter allegedly told him he used to “do things” for a footballer whom the boy admired, things that used to “make him feel good” and he hoped to one day do that for the boy.

He said Porter put his arm around his shoulders, walked him to the bedroom and told him, “you’re not going to regret this”.

The boy said that was the first time he was sexually assaulted, but it happened “multiple times” from then on, both at Porter’s house as well as his own.

He said as Porter used to stay the night at his house sometimes after dinners, he would bring over a toiletries bag that contained his toothbrush and sex toys.

When explaining why a disputed facts hearing was necessary, Crown Prosecutor Andrew Chatterton said he alleged there were 35 to 40 occasions of sexual activity between Porter and the boy. Porter argued it was 12 to 15.

Barrister Jack Pappas, representing Porter, said police had asked the boy to “guesstimate” the number of times it happened and he had made two guesses.

Also, Mr Chatterton said the second issue in contention was the nature of the sexual assaults, specifically, the number of times the boy had been anally raped. Porter claimed it had happened twice.

In September, Porter admitted he had used the first of his three victims to produce child exploitation material from 2009 to 2011 when the child was under 12.

Porter confessed he had a sexual relationship with the second boy over three years from 2015 and admitted he tried to groom a third boy for sexual acts in 2019 and 2020.

The disputed facts hearing continues before Justice Chrissa Loukas-Karlsson. Porter is no longer a coach at the football club.