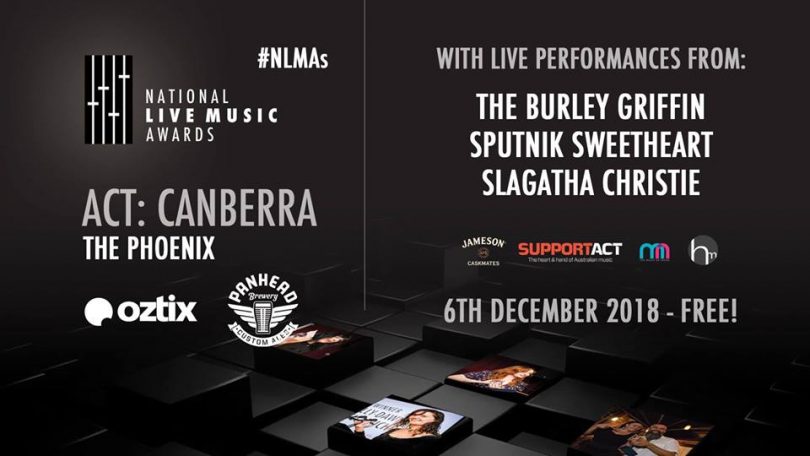 I know it, you know it, we all know it: Canberra’s live music scene is on the up and up and it’s not stopping anytime soon. Despite a lack of live performance venues in the Capital and some worrying confusion on the future of others, Canberra bands have proven to everyone around Australia that they’re here to fight for their local music scene.

One group we’ve proven the validity of Canberra music to is the National Live Music Awards. Focussing on state of Australia individually, the NLMAs think Aussie musicians are worth rewarding for their live craft, and we tend to agree! So get yourselves down The Phoenix on Thursday night (6th December) and show some support for our Canberra nominees as listed below!

Live Act Of The Year

Winner will be revealed at the event.

The National Live Music Awards for Canberra are at The Phoenix on Thursday 6th December and will feature performances from The Burley Griffin, Slagatha Christie and Sputnik Sweetheart. Presented by Oztix and Panhead Custom Ales.