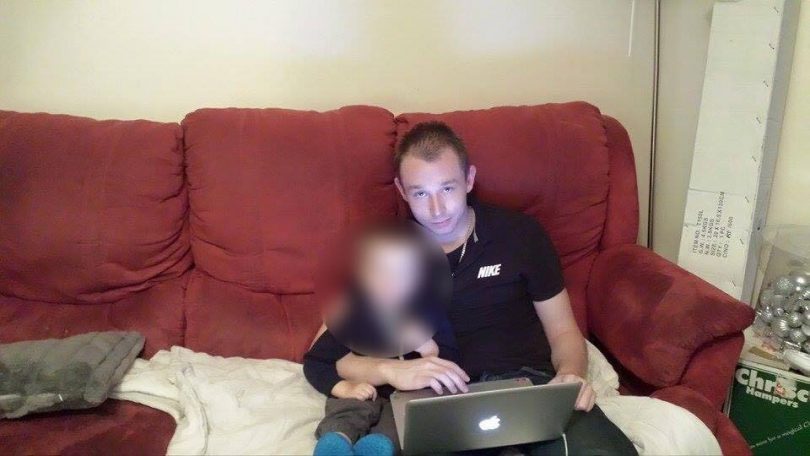 Michael Paul Forrest, 29, shot a grandmother in the neck in the Canberra suburb of Forrest. Photo: Facebook.

In the ACT Supreme Court today (12 October), Chief Justice Helen Murrell jailed him for a total of 12 years and 10 months, ending in August 2035, over charges that included shooting a grandmother in the neck.

WARNING: This footage may be distressing to some viewers (Source: ACT DPP).

He was also given a non-parole period of eight years and six months, which means he is eligible to be released from custody in May 2028 after taking into account time served.

This sentence won’t begin until he finishes serving time for other matters.

11 October: After a grandmother was shot in the neck by a gunman trying to carjack her, she still managed to drive off in an attempt to lead him away from a nearby school, despite having a bullet inside her body.

She wrote a statement that was read to the ACT Supreme Court on Monday (11 October), while the man who shot her, 29-year-old Michael Paul Forrest, sat in the court’s dock.

“It was going to be a normal day at work for me that day, but that never happened and never will again,” she said.

She had parked her SUV in a car park near Telopea Park School in the suburb of Forrest at about 8:00 am on 5 November 2019, unaware the soon-to-be shooter was watching her.

“I’m just going to get this car,” Forrest told a woman sitting in the passenger seat of his hatchback.

He parked opposite the SUV, approached it then used the tip of his rifle to tap on the window.

Forrest fired towards the grandmother’s head, shattering the window. She felt pain in the side of her face and was in shock, but managed to start her car and drive away.

“I knew I was bleeding, but I thought it was only from the glass. I didn’t know there was a bullet lodged in my neck,” she said.

She thought she saw Forrest’s hatchback start to follow her so she fled to Manuka Oval to draw him away from the area as they were next to a school and school drop-offs were about to start.

“Imagine what could’ve happened if they had stayed in the area with loaded weapons,” she said.

She was taken to the Canberra Hospital where it was discovered a bullet was stuck in her neck. Glass and bullet fragments were removed from her neck and cheek and she had multiple puncture wounds on her face. The woman said her injuries had resulted in life-long damage.

Mr McLaughlin from Legal Aid said the shooting occurred when Forrest was on his way back to return a Hyundai Getz he had borrowed.

He said his client’s motive was to get the woman’s car, describing it as a “carjacking type of offence”, but also said the attempted robbery was “spontaneous, unsophisticated and relatively short-lived”.

Mr McLaughlin said Forrest began using cannabis and methamphetamine at a young age and addiction had plagued him for the rest of his life.

But Crown prosecutor Katie McCann said Forrest knew his addiction made him engage in crimes when Justice Richard Refshauge sentenced him for a range of offences in 2017 and he had been “given multiple opportunities for redemption”.

The shooting was part of a “criminal rampage”, she said, which began with an aggravated robbery in October 2019 only five days after he had been granted parole.

Forrest pleaded guilty to charges that included assault, attempted robbery, aggravated robbery and incitement. He has remained in custody since he was arrested on 5 November 2019.

Chief Justice Helen Murrell will hand down her sentence on Tuesday (12 October).