Haute Couture is a story of theft, unlikely friendships and frocks to die for 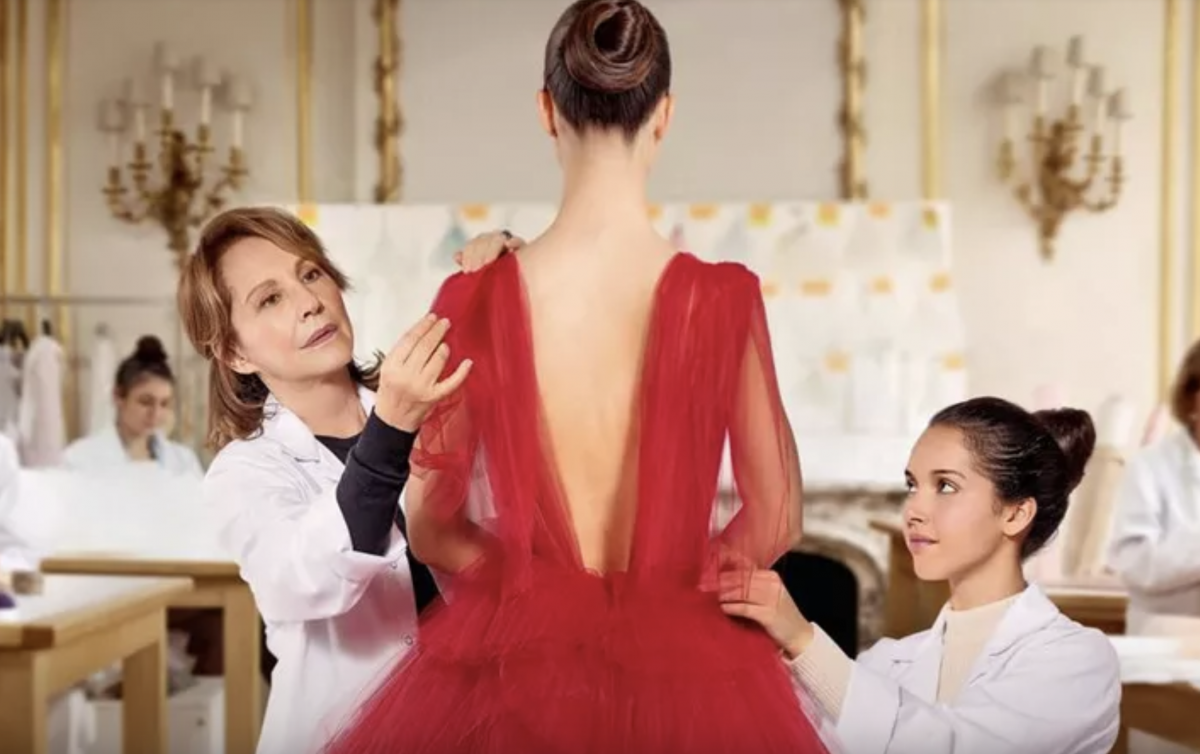 The Cambridge Dictionary describes Haute Couture as the business of making expensive clothes of original design and high quality.

When I first walked into the session of the film of the same name, I was expecting, maybe, a documentary like the September Issue or the brilliant one on the House of Christian Dior.

I wasn’t expecting a story about two thieving young women living in the Paris projects who make it their daily task to steal from wealthy Parisians, but that is where the story starts and takes us on a delicious journey.

The two thieves are best young Arab friends, Jade and Souad (Lyna Khoudry and Soumaye Bocoum). One day they steal a woman’s purse only to be horrified it contains a Jewish cross, so Jade, wracked with some guilt and shame, decides to return the purse to Esther (Nathalie Baye), who is a seamstress in the Atelier (a private workshop) at the House of Dior.

On the cusp of retirement herself, Esther sees talent in the young Jade and decides to take her under her wing. But this is no Pygmalion story. Anyone who has seen The Devil Wears Prada knows what a hothouse environment the world of fashion is and it doesn’t come any classier than Dior.

Jade is at first reluctant and dismissive of this ridiculous bourgeois world but eventually lets Esther into her life and introduces Esther to her own group of friends in the projects.

There is a really beautiful dynamic going on there between both women, their friends and workers at Dior. Jade begins to change and believe in herself – her life hasn’t been perfect and she has been hamstrung by her controlling mother. At the centre of this beautiful piece is so much trust, which is something you don’t often see in films so much these days.

I think this is, in part, due to director Sylvie Ohayon, a novelist of Tunisian, Jewish and Kabyle origin. This is only her second film.

People who are relatively new to making movies tend to bring a freshness to it and what she brings here is a great love between the characters; it takes a while to get there, but movies all need their narrative arc and that’s just the deal.

She also explores the nature of ethnicity among all these groups as well, which is another important aspect of the film’s storyline.

As a 50-year veteran of the French cinema, Nathalie Baye is all nuance and subtlety and a complete delight to watch. Lyna Khoudry brings so much passion, attitude and energy to her role, and might I also mention a stand-out cameo role from trans actor Romain Brau who brings so much wisdom to their role.

This film is also very, very funny. For all the drama, there are many moments of gentle hilarity.

And let’s not forget the fashion: this is the house of Dior, after all. The dresses are to die for and we get a front-row seat to the unique and exquisite creative process.

Haute Couture gets four out of five frocks. It is currently playing at Palace Electric Cinema.

Marcus Kelson is a Canberra writer and film lover.