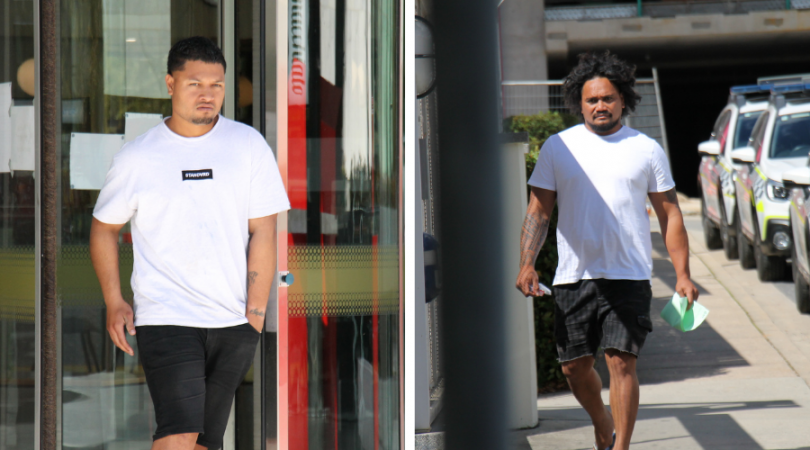 Seti Moala (left) and Paula Fala Kata (right) were granted bail on Monday after being charged with sexual intercourse without consent against the same complainant. Photos: Albert McKnight.

Two men have been granted bail after they were accused of raping the same woman on the weekend.

Seti Moala, 26, and Paula Fala Kata, 33, appeared in the ACT Magistrates Court on Monday (4 April) where a Tongan interpreter assisted them.

They were both charged with two counts of sexual intercourse without consent from an alleged incident with the same woman in early April 2022, while Mr Moala was also charged with allegedly choking the woman.

When Mr Moala’s case was being discussed, Magistrate Beth Campbell said she was “curious” as to why bail was not opposed by the prosecution when he appeared to face such serious allegations, but prosecutor Sam Bargwanna said his office had taken the view that conditions would ameliorate any risks, although he did note the complainant had expressed concerns for her safety.

Magistrate Campbell remarked the lack of opposition to bail was “an unusual approach”.

Mr Moala was bailed to live in Sydney, Mr Kata was told he cannot leave the ACT, and the pair are not allowed to contact each other, the complainant, or go near an address in north Canberra.

The case was adjourned to 10 May. No pleas were entered.