Yes, Nope is scary (but it's more than human-guzzling horror and a crazed chimpanzee) 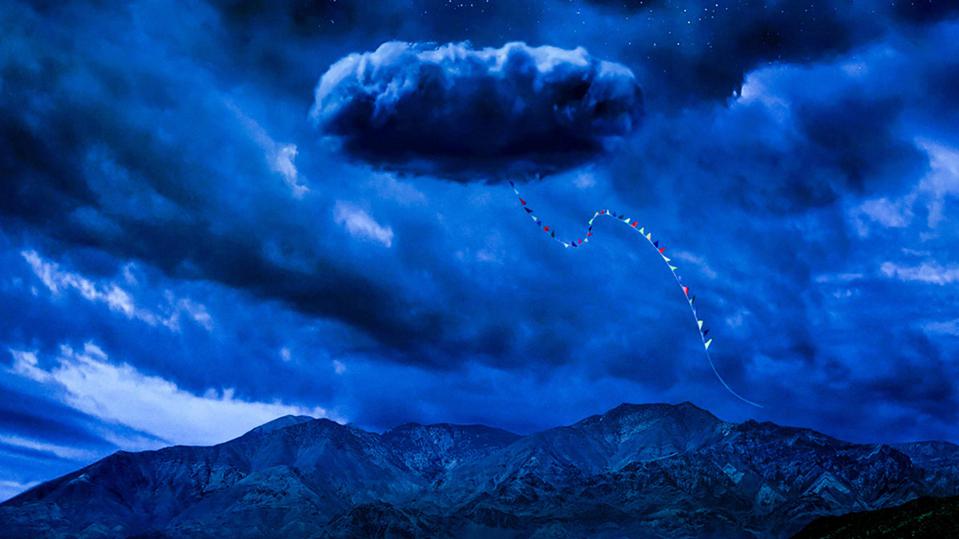 The cloud-cloaked UFO in Nope is one of the more memorable movie monsters of recent times. Photo: Supplied.

There’s an experimental novel by the late English author JG Ballard and a subsequent Joy Division song, partly based on it, called The Atrocity Exhibition.

In the song, singer Ian Curtis repeats the line, “this is the way, step inside”. To me, it’s the perfect way to start watching a Jordan Peele film.

Peele comes from a hugely successful comedy background as part of the African/American duo with Keegan-Michael Key (Key and Peele). And it is fair to say that the three films he’s made so far – Get Out, Us and now Nope – are dark and at times horrific films but contain an incredible amount of perverse humour.

Get Out, for instance, deals with a black man being taken by his white girlfriend to a family retreat for the weekend, only to discover they want to harvest his organs for members of their gated community. Oh, and brain transplants – it gets weirder by the minute. Terrifying, sure, but what a brilliant metaphor for slavery.

In his latest film, Peele tackles a few issues head-on, but we will come to that soon enough.

Nope opens on a TV soundstage in 1998 for a show called Gordy’s Home. Gordy is a chimpanzee and the main star of the show. When startled, he kills most of the cast except for Ricky’ Jupe’ Park (Steven Yeun).

We move to the modern day where Jupe now runs a sort of Western theme park called Jupiter’s Claim. He’s also still trading on the horror of the Gordy’s Home story as well. 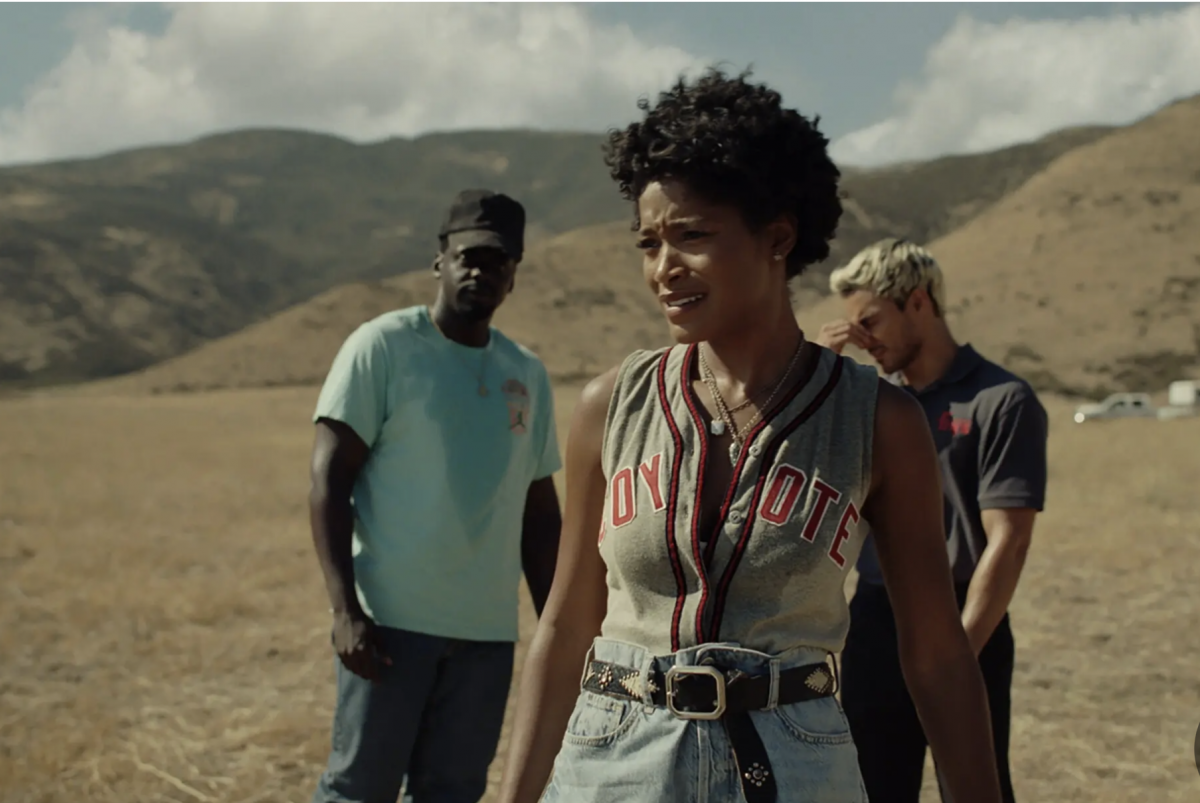 Otis ‘OJ’ Haywood Jr (British actor Daniel Kaluuya who starred in Get Out) and his sister, Emerald ‘Em’ Haywood (Keke Palmer), run a horse ranch mostly for Hollywood productions. But they’ve fallen on hard times since their dad died in mysterious circumstances six months earlier, and Otis is now also forced to sell some of his horses to Jupe.

One night one of the animals is startled by something in the sky.

And that something gets the Haywoods thinking if they can capture it on film there may be a few dollars in it. They hire a local electronics whizz Angel Torres (Brandon Perea) who sets up a series of cameras around their house.

Unbeknownst to the Haywoods, Jupe has already discovered the Flying Object and holds audiences every day at a given time, where it will appear in the sky above Jupiter’s Claim.

And this is where everything starts to go pear-shaped. The UFO, we soon learn, is a sort of living creature willing to dine on human flesh.

The Haywoods are still thinking they can make a buck out of this.

Otis realises that if you don’t make eye contact with it, you won’t be sucked into it. They hire a famous cinematographer Antlers Holst (played by the rarely seen but brilliant Michael Wincott) who believes he can capture the flying beast on film using a hand-cranked camera as the spacecraft cuts out all electricity in proximity.

From this point, it becomes apparent that everyone has misjudged this thing and all their plans surrounding the idea of making money from a UFO sighting video were a wild miscalculation. Basically, the Haywoods are now in a fight for survival.

The cast, especially Kaluuya, Palmer and Perea are exceptional in their roles and convey the sheer terror of the events going on around them with great conviction.

So what is Jordan Peele telling us? First, this is a film that is writ large. It draws you into its maniacal narrative, and as with the monster, the only way you can survive the spectacle is by avoiding eye contact with the thing that provides it.

Clearly, the movie deals with exploitation. I think this is where Peele is telling us that horror films (and by the way, this is also very funny) don’t provide us with the instant gratification we crave and deliver a much darker and more complex argument. Like the Atrocity Exhibition, he draws us into the carnivals of horror and we don’t even realise he is doing it.

At the very start of the film, there is a quote from the Hebrew Bible or Tanakh, from the Book of Nahum: “and I will cast abominable filth upon thee, and will make thee vile, and will set thee as a spectacle.”

Jordan Peele is among the most original and exciting filmmakers doing the rounds today. Even though his movies are generally regarded as horror, that really isn’t telling the whole story: he just uses that device as a starting point to explore larger and more difficult themes. There’s a lot to chew over in Nope.

I give this film three and a half purple people eaters out of five.

Nope is currently screening at all major cinemas.