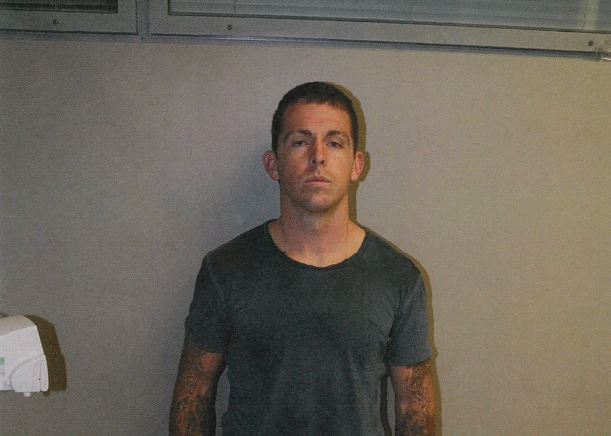 Constable Zachary Rolfe, pictured on 10 November 2019, the day after the shooting. This picture was tendered in evidence as part of the court case. Photo: Supplied.

Aboriginal and Torres Strait Islander readers are advised this article contains a video featuring a person who has died.

Kumanjayi Walker’s uncle has recalled how he had been standing at the graveside after a family member’s funeral when a young boy ran to tell him his nephew had just been shot.

Constable Zachary Rolfe, 30, is currently facing a jury trial in the Northern Territory Supreme Court where is he accused of murdering 19-year-old Mr Walker while he was being arrested in the small desert community of Yuendumu, outside Alice Springs, on 9 November 2019.

At the trial’s openings last week, jurors were told Mr Rolfe allegedly fired two shots into Mr Walker when he was “effectively restrained” on the ground.

However, his own legal team argued he was justified in opening fire because Mr Walker had just stabbed him in the shoulder with scissors and he was defending his partner, Constable Adam Eberl.

Court started late on Tuesday (15 February) and when it did so Justice John Burns said a juror had been discharged that morning and a reserve juror, of which there were two, would take their place.

He did not explain why the juror had been discharged one week into the trial; however, he said the trial would still proceed.

The first witness for the day was Mr Walker’s uncle, Senior Aboriginal Community Police Officer Derek Williams, who said when his nephew was a “quiet, shy young fella” who “never talks much”.

Mr Walker had returned to Yuendumu, breaching a court order resulting in a warrant being issued for his arrest. He returned to go to the funeral of his grandfather, who was Mr Williams’ uncle.

The funeral was held at the community’s basketball courts, Mr Williams said, and he did see his nephew there, although didn’t speak to him.

“Everybody goes to funerals … just to pay their respect,” Mr Walker said.

He wasn’t on duty that day due to the funeral and learnt about the shooting later in the evening.

“We was at the graveside and a young fellow came rushing down and told us that Kumanjayi was shot,” he said.

Mr Williams went to Yuendumu Police Station where he saw his deceased nephew.

A crowd had assembled outside the station as a result of the shooting and Mr Williams sought to calm them down.

“People was yelling and screaming and wanted to throw rocks at the station, and yeah, I just calmed everybody down,” he said.

Mr Williams works as a liaison between police and the community. He said he had arrested his nephew four times and he never tried to run.

“[He was] happy when I said I was going to arrest him. He said, ‘I’ll jump on with you, because you’re my family’,” Mr Williams said of one occasion, saying Mr Walker then got into the front seat of his car and they drove to the police station.

The warrant had been issued for Mr Walker’s arrest as he breached a court order.

When two officers tried to arrest him on 6 November 2019, in what has been described as the “axe incident”, he armed himself with a hatchet, allegedly attacked them and escaped.

Mr Williams said he had seen the footage of this incident and remarked it was “unlike” his nephew.

“When I dealt with him he was a quiet young fella and never veered away from being arrested,” he said.

“He also called me uncle so there was no issues with him”.

He said he and the officer in charge of the police station at Yuendumu, Sergeant Julie Frost, had gone to meet with community elders after the “axe incident” and it was his understanding from that conversation that his nephew should hand himself in the day after the funeral.

His barrister, David Edwardson QC, has previously said “on each and every occasion” Mr Rolfe shot Mr Walker, he was acting in good faith, in the reasonable performance of his duties and in self-defence.

The trial continues before Justice Burns.