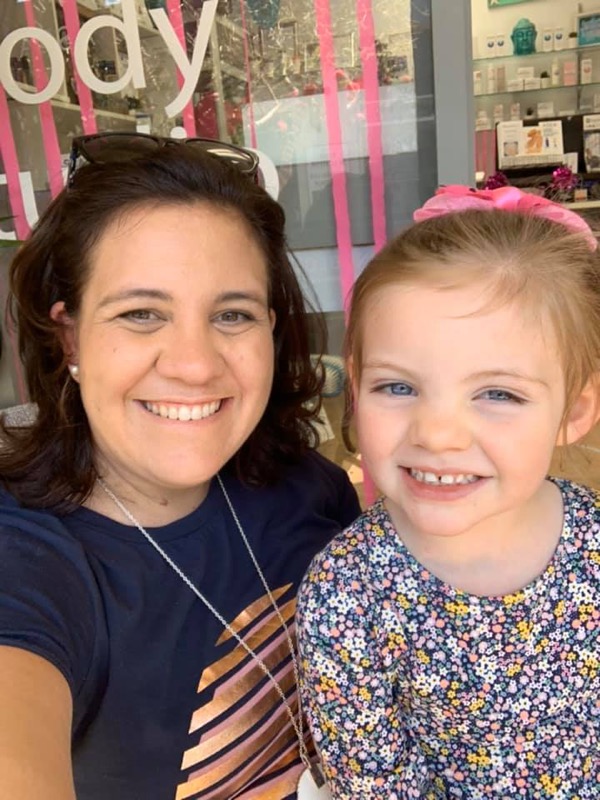 Marleigh Fisher is an endearing three-year-old who loves strawberry milkshakes. Marleigh also loves swimming, ballet classes and being the social butterfly of her weekly playgroup class.

Earlier this year, her immune system was attacking her brain and an international team of specialists were unable to explain why.

After tests ruled out strokes and a brain tumour, Marleigh was diagnosed with acute autoimmune encephalitis.

Each seizure is potentially fatal. Marleigh can’t attend childcare, her diet needs to be managed and she has multiple specialists and weekly therapy appointments, some of which are in Sydney as there are no pediatric neurologists in Canberra. She gets very tired and takes lots of medications.

This is why friends of the Fisher family have rallied to organise the Starry Night Charity Ball on 15 November.

The ball has a target of $30,000 for Marleigh and her family to adopt a specially-trained seizure dog which can sense when an attack is imminent and alert her family.

While sitting with Marleigh and her mum Kate, the strawberry milkshake helps Marleigh when her blood glucose levels get a bit low from a very rare form of genetic diabetes that was also diagnosed in 2017.

It’s fair to say the Fisher family didn’t have a great year in 2017.

Marleigh’s mum Kate and her two older brothers, Thomas, 9, and Campbell, 7, also have the form of diabetes known as MODY 2 Diabetes (or Maturity-Onset Diabetes of the Young).

All three were diagnosed with the condition in 2017.

“As far as we know, we are the only family in the world that has a parent and all three children with the genetic mutation, and there are only two laboratories in the world that can diagnose this type of diabetes,” Kate told Region Media.

“We thought 2017 was the bad year to beat all bad years and it wasn’t going to be trumped by anything.”

But that is only the start of this story. 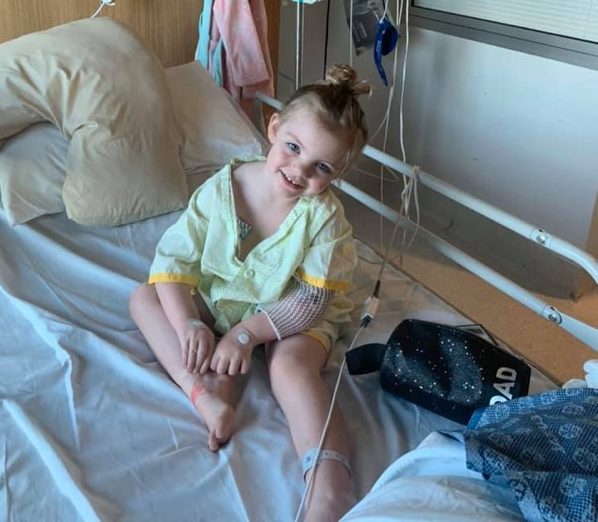 Marleigh Fisher has endured more in her three years than many in a lifetime.

Marleigh also has severe progressive epilepsy that has become unresponsive to medication.

With all the medical attention, the best line of defence for Marleigh and her family is a seizure alert dog.

“It’s funny that the best technology available is a seizure-alert dog,” says Kate.

She stressed that the ball is not a pity party, with lots of Canberra businesses donating items for silent auctions and a local covers band Dark Horse donating their time as entertainment.

There is a signed Wallabies jumper, shorts signed by Canberra tennis professional Nick Kyrgios and items signed by the GWS Giants, who have a close association with all three Fisher children (Marleigh already has a Giants jumper from the team’s captain Callan Ward). A writer with the Mamamia Women’s Network, Holly Wainwright, will MC the event.

“We really want to celebrate Marleigh’s journey and her resilience and invite the incredible Canberra people that have helped keep her alive. And it’s a bloody good opportunity to catch up with people before Christmas,” says Kate.

Marleigh also has monthly plasma infusions, so if you have donated plasma in Canberra, there is every chance your plasma is keeping Marleigh alive. 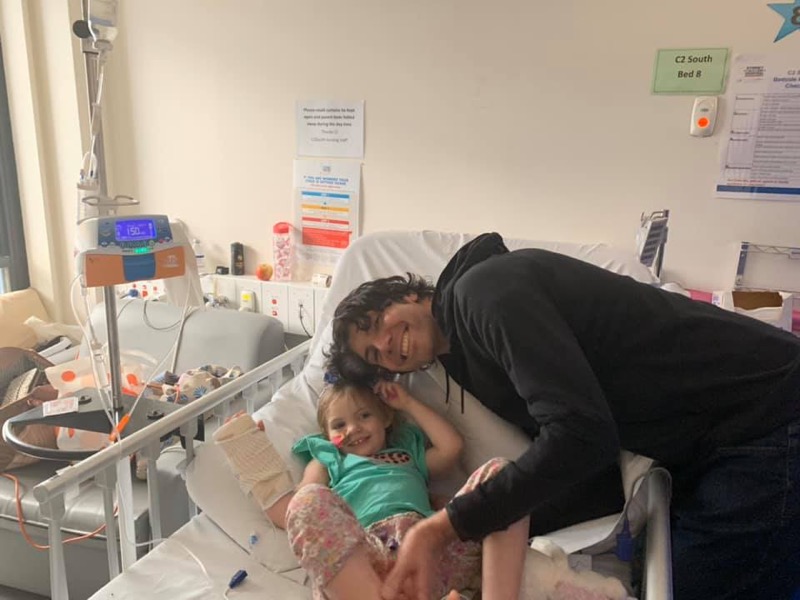 Marleigh and her dad Geoff Fisher during one of their many stays at Sydney Children’s Hospital.

Kate and her husband Geoff have also faced conversations with doctors they wouldn’t wish on anyone. They take shifts at night making sure Marleigh doesn’t have a seizure. Between insulin injections and testing of blood glucose levels, they have had to jab their three children with needles at least 30 times a day.

But Kate gives new meaning to staying positive and they maintain a normal routine with their children.

And, if anyone is ever hungry at football training, they go to the Fisher car. “We’re known as the snack car because we’ve always got plenty of great snacks in our car with our diabetic kids,” says Kate.

They have come close to losing their little girl who has had to re-learn how to walk and talk after being put in an induced coma.

“Having to sit next to your three-year-old in an intensive care unit just seems like such an unreasonable amount of responsibility to put on on a little girl, but she just shocks everybody with her fight.”

Mum Kate is resolute her little girl will do these things again.

“She can go from being a happy and healthy little girl playing to falling into a massive seizure in the space of a couple of minutes. This is the reality of our life, but she is made of the toughest stuff.”

You can donate to the fundraising campaign here, or find out more about the Starry Night Ball via Facebook.

Big ❤️ to the Fisher family. So strong and positive.

We have our tickets. Our thoughts and prayers are with Marleigh and the family xo

What a touching story of one very brave little girl and her supportive family.💗💗Good luck with the ball. An amazing family.

Thank you so much for the support RiotACT!

We were airlifted back to Sydney again last night and have some big challenges ahead.

Thanks for supporting the ball

William Coats - 60 minutes ago
The land tax was to stop people “land banking” houses should be used as homes not stagnant investments View
Lea Powell - 6 hours ago
William Coats it takes time to change policy directions. It’s not as simple as a click of the fingers. View
Lea Powell - 6 hours ago
Kerry-anne Stafford appeal the decision. Why have they revoked it. Don’t take that lying down. View
News 5

Scott Bovey - 4 hours ago
For what, more cheap and nasty apartments. View
Richard Holgate - 5 hours ago
Love the photo . It looks like it was taken from the first floor of the old Civic Hotel on Alinga St rather than from London... View
Barbara Hade - 5 hours ago
Garth Kirwin well said View
News 10

A starry night, teary eyes and a new dog for Marleigh Fisher

Tackling type 1 diabetes is not about sugar-coating

Turn light into hope on a beautiful night to fight leukaemia

@The_RiotACT @The_RiotACT
Did you know that it takes an average Australian 10 years to do something about their hearing loss once they realise they're affected by it? https://t.co/E4x3cUjwVr (45 minutes ago)