A week after running 300 km, Jess is already back on the track 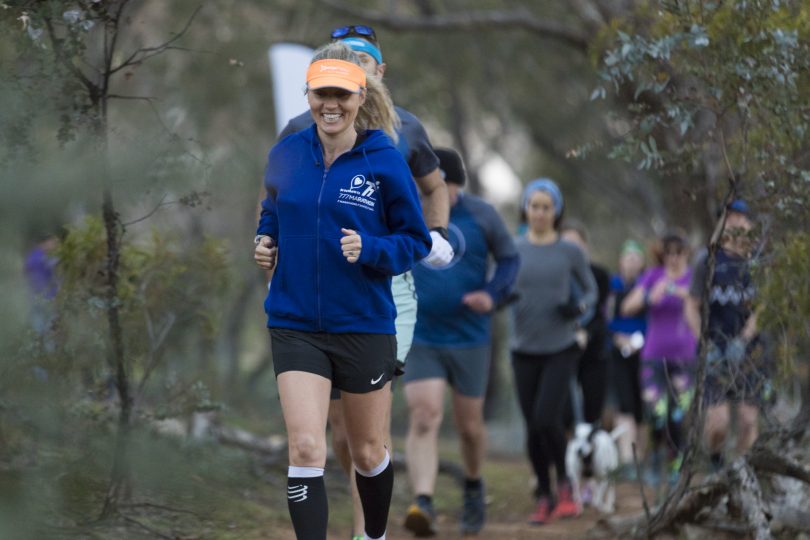 Jess Peil and her Bravehearts 777 running group preparing for their third marathon at the War Memorial. Photo: Michelle Kroll.

A week after week running 300 km – seven marathons in seven days – Jess Peil is already back on the track and running through the snow before building up to a 5.5 km run around Red Hill on Wednesday (15 July).

“I went for a walk the next day, and then some slow jogs in the few days after just to keep the legs ticking over,” Jess laughed.

But she is still keen to get back into full training, despite having a bruised knee after falling during her second-last marathon. 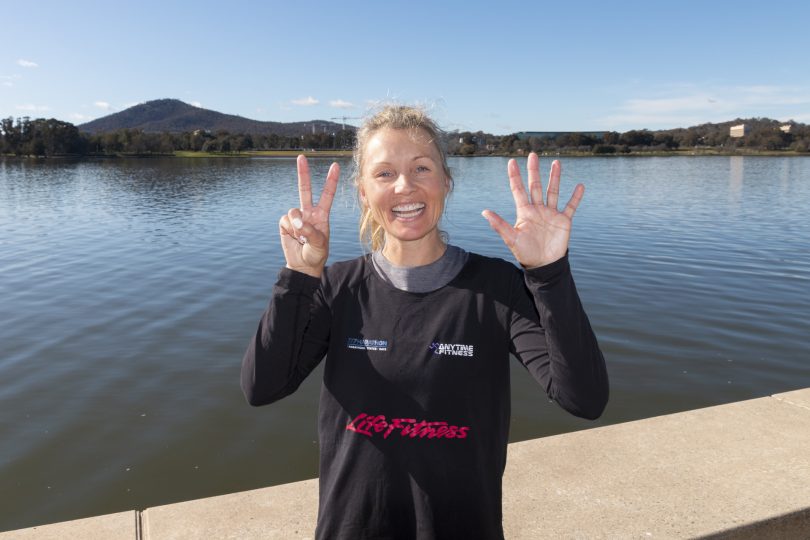 Seven marathons in seven days – Jess Peil says she cannot wait to start doing long runs again and be able to get back into training. Photo: Dominic Giannini.

“It is only 150 km in a month which is alright considering I was going 100 km a week while training.”

After last year’s Bravehearts 777 marathon – which took place across seven states, as opposed to just Canberra this year – Jess was on crutches with a swollen ankle for months. The break from running had an impact on her mental health.

“Not being able to run really started to take its toll because I could not do the one thing I love to do as a runner,” she said.

First time I’ve ever run in a ski jacket. Crackenback is pumping!

Despite being more mentally than physically fatigued, Jess is already looking forward to her next challenge, the Delirious Western Endurance Scenic Trail.

The 350-km course across Western Australia’s south coast will take five days. Last year, in the race’s inaugural year, the course was run in 61 hours and 24 minutes.

It is this level of dedication and love for running that helped Jess raise more than $26,500 for Bravehearts, which helps survivors of child sexual abuse.

Michael Hill - 4 minutes ago
Great in hero green too…. View
Paul Leins - 15 hours ago
Chinmoy Misra so you're saying *you* can't maintain a reasonable speed in built up areas without some kind of ridiculous urba... View
News 25

Ramon Montero - 50 minutes ago
I do remember him when started arbitrate football, indeed very polite and educated a young person. I had the privilege to mee... View
Kacey Butterworth - 12 hours ago
I feel extremely privileged to have had Ben as a mentor, teacher and year co-ordinator throughout my high school years. He ta... View
Annamaria Zuffo - 15 hours ago
Fantastic Ben. Lucky kids and us for knowing you. View
Public Sector 3

@The_RiotACT @The_RiotACT
Zapari wanted a standout building for Woden. The result is The Shard. Check out the penthouse views https://t.co/wfAtM4OT2m (52 minutes ago)