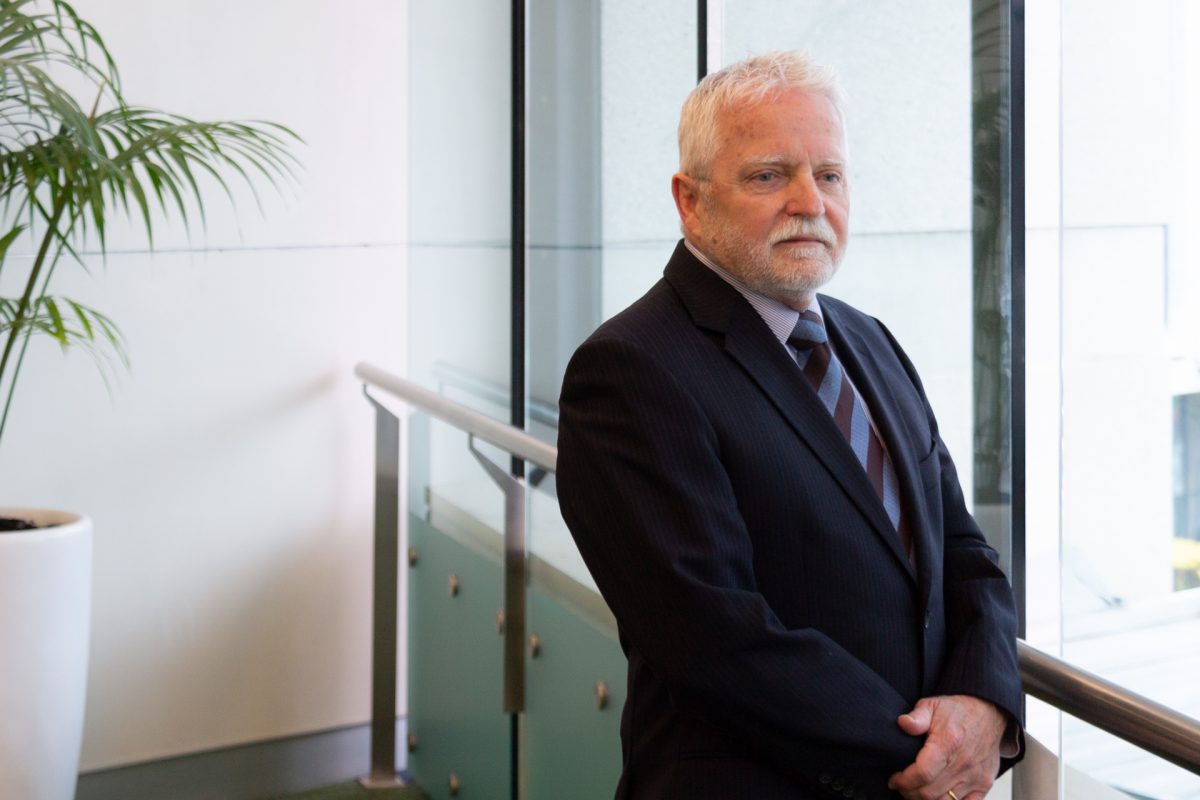 Magistrate Peter Morrison after the ceremonial sitting for his retirement. Photo: Albert McKnight.

An expert in the law, who describes himself as “somewhat of an accidental magistrate”, has departed from his role after serving 10 years on the bench. But he used the occasion to call for greater action to assist those struggling with both mental health and drug issues.

A ceremonial sitting was held in the ACT Magistrate Court on Friday (1 July) to mark the retirement of Magistrate Peter Morrison after nearly five decades in the legal profession, where he gave a speech filled with anecdotes, jokes and laughter – features not often seen in court.

“I wish I was sitting where you are sitting, so I could see the look on the faces of my colleagues when I make this next comment, which is, I generally enjoyed my time on the bench,” he told the packed courtroom.

Originally from Townsville, Queensland, he started as a solicitor, became a partner in a firm in the city, developed expertise in many different areas of law and, as Attorney-General Shane Rattenbury said, took on clients “of all sizes and types”, including representing the Palm Island Aboriginal Council.

He joined the army reserve in the 1980s, worked as a legal officer in the Defence Force and eventually became a part-time judge in the military court until it was disbanded.

When he was first appointed to the Magistrates Court, he said, “there was a job to be done and he’d get on and do it”.

While he was known for a “stern and sober judicial style”, Mr Rattenbury said, behind the scenes, he was a source of much warmth, fun and humour, along with starting a sentence with, “tell me if you’ve heard this one”.

ACT Bar Association president Andrew Muller recalled a moment in court in 2018 when an aggrieved party hurled a cup of water at Magistrate Morrison.

He quickly wiped his face and said, “that is why we replaced the glass on the bar table with plastic cups”.

“May you remember your time in the court as fondly as you will be remembered,” Mr Muller told him. 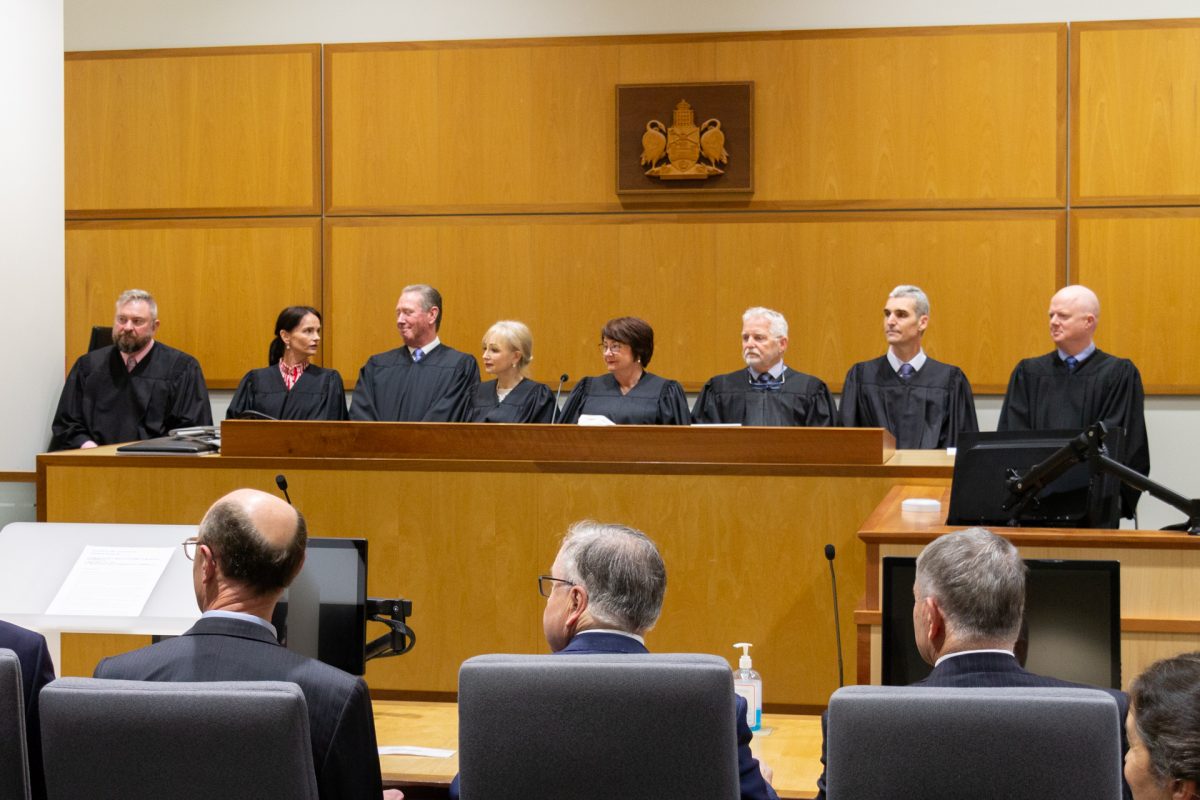 Magistrate Morrison said it had been “an interesting 47 years”, but nothing could have prepared him for the gruelling workload of the general lists in the Magistrates Court, nor the need to “dodge the occasional missile”.

However, there was a “serious moment” in his speech when he addressed how it is not uncommon for people to suffer from mental health problems and drug dependence.

ACT laws allow for the involuntary detention of people suffering from mental health issues, which he said recognises that not all people with such struggles know what’s best for themselves.

However, there was no scheme for mandatory drug treatment in the Territory, even though he thought it could be fairly observed that such treatment would reduce the risks for people suffering from these comorbidities.

He appealed to Mr Rattenbury to look into schemes for mandatory drug rehabilitation that exist in other regions, such as the Involuntary Drug and Alcohol Treatment Program in NSW, which provides involuntary treatment as an option of last resort to people with severe substance dependence.

READ ALSO More than $60 million dished out for solar, EV loans in one year

Magistrate Morrison thanked his wife and family, “brother and sister magistrates”, as well as court staff.

“I started today by saying I was in two minds about whether to have a ceremonial sitting at all, but as it turned out, I quite enjoyed expressing my views on whatever I liked without fear of contradiction … so much so that I’m considering having another next week.”

Mr Rattenbury said Magistrate Morrison had raised an important question about whether there was a need to involuntarily detain those struggling with drugs, and while he expected it would be a “hotly contested view in the community”, it did invite reflection.

Wonder what these magistrates feel about legalising herion and ice?

It’ll take a lot of work but in the end our communities will be safer and healthier when these people get treatment not just punishment.

Must be interesting to sit in judgement of people being constrained by legislation that they know doesn’t do the right thing for the individual or the community.