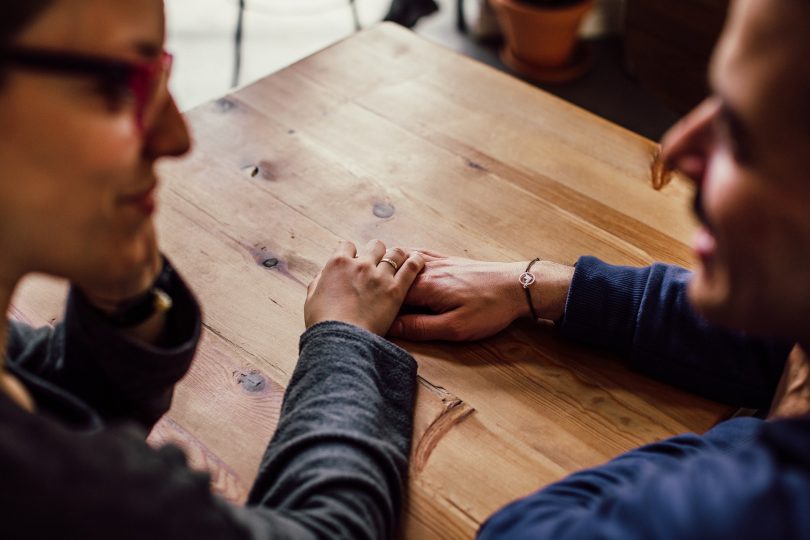 This week’s ACT Budget included a much-needed extension of funding for a program that has shown real results in changing controlling and coercive behaviour that is at the core of domestic and family violence.

Room4Change is a program for men who want to stop using violence and controlling behaviours, delivered by Domestic Violence Crisis Service with funding that had been due to expire in 2019. Mirjana Wilson, CEO of DVCS, was very happy to hear that the program will be fully funded by the ACT Government for another four years.

The program provides a non-judgemental space, in a voluntary program, for men to talk with trained counsellors in a men’s group. During the program, they come to understand the harm that their controlling and coercive behaviour causes. There is also a residential component, providing safety and time out for their family while the men are making changes and finding new ways to respond to disagreements within family relationships. Men can spend nine to twelve months participating in the program.

DVCS also work with the women and children involved, providing case management that wraps around the whole family. They ensure that the female partner knows what might be coming up next in the program and talk through how he might respond or feel challenged by that, and can adjust to how he might react differently compared to his past responses. More than 64 children have also been supported through the men’s involvement in Room4Change.

The way the program is delivered by DVCS is key to its success so far. “It’s a holistic program, not just a group for men to attend,” Ms Wilson said.

“We’re coming at it from a depth of experience about the impact on women and children (of domestic and family violence). It’s about attention to safety and risk management – knowing the red flags. We are holding the experiences of the women and children,” Ms Wilson said.

This whole-of-family approach means that men are willing to participate because they know that “our family is being supported and worked with”, said Ms Wilson. She said that women receiving case management and support from DVCS while their partners were in Room4Change “felt believed, felt valued, they felt safe to disclose” their experiences. For the men, the most common response was that it “opened their eyes to the harm they’ve been causing”, Ms Wilson said.

The evaluation of the program is also different to the way other behaviour change programs have been evaluated. Dr Jason Payne, a senior lecturer in criminology at the Australian National University, has completed an interim report on the program so far, and is expected to publish a full evaluation at the end of 2019. Results so far show that the men’s attitudes have changed.

“Evaluation is not about recidivism. Women and children are at the centre of this work. It’s about managing their safety. We want to see attitudinal change,” Ms Wilson said.

This is because it is the underlying attitudes that ultimately drive behaviours.

But it is not just the participants in the Room4Change program who need to make changes to attitudes and behaviours. Some men have returned to the program to ask for help when they encountered beliefs in their community that were at odds with what they had learned during the program. For example, men have said that friends or family members made comments that reinforced their previous beliefs that their violence or controlling behaviour had been an acceptable response to the woman’s behaviour.

This is why Ms Wilson said it is important that the entire community is working to change how we see domestic and family violence, such as through the primary prevention resources provided by Our Watch, or through Respectful Relationships education.

Demi Naylor - 4 hours ago
Well.. you know.. f they can afford a house or find one suitable to rent.. View
Julie Macklin - 4 hours ago
Marc Edwards That can made it worse for public transport. It's okay for those living nearby, but for people in other parts of... View
Kate Bee - 5 hours ago
Elizabeth Ann Thurbon I've been here 48 years and the crime rate is one of two significant excellorated changes in recent yea... View
Food & Wine 9

Brad Kelly - 6 hours ago
Seriously if they all go the Canberra raiders have depth... yes they will not win a GF and that’s ok 😮 it’s a game ...... View
Maree Hillery - 8 hours ago
Richard Willcoxson pretty soft. Where's their loyalty. View
News 11

Marc Edwards - 7 hours ago
Maybe the Berra Party View
Paul Leins - 7 hours ago
Sure, just bet a former liberal will be a real check to his mates in the liberal party 🙄 View
Michael Ilsley - 7 hours ago
Glad to see him engaged in the community after the tragic loss of his son. View
Community 52

Ian Lindgren - 9 hours ago
These comments by the The ACT Minister for Industrial Relations and Workplace Safety Mick Gentleman mean that it’s time all... View
Kevin Hodder - 11 hours ago
How about a crack down on government agencies waisting tax payer funds, View
Property 35

rossau - 10 hours ago
Commandeering all land and rental property is no avenue to request the government to financially support the practice. Get ou... View
rossau - 10 hours ago
Julie Macklin, that's a great idea. The point is though, an owner has the option on upgrading on the gounds of comfort, cost... View
Opinion 69

chewy14 - 11 hours ago
JC, What evidence do you have to show that the Kingston line would stack up? The government's own analysis shows that the sec... View
show more show less
*Results are based on activity within last 7 days

Think you know all the trivia? It’s time to prove it!

@The_RiotACT @The_RiotACT
Free and Live is a collaboration between @TheCIMF and Belco Arts that will bring a whole day of free musical performances to life on Saturday ... and you're invited! https://t.co/H04S7nwGXW (7 hours ago)

@The_RiotACT @The_RiotACT
#Canberra is really pulling out all the stops for the #MothersDay weekend with plenty going on - from markets to high tea and everything in between https://t.co/Yx77PrbgYS (8 hours ago)

@The_RiotACT @The_RiotACT
Are you in line for the NBN? The next suburbs to get fast internet have been announced, but Canberra businesses are looking to next Tuesday's budget for a long-awaited strategy to boost the digital economy https://t.co/M04jWpY6LH (10 hours ago)