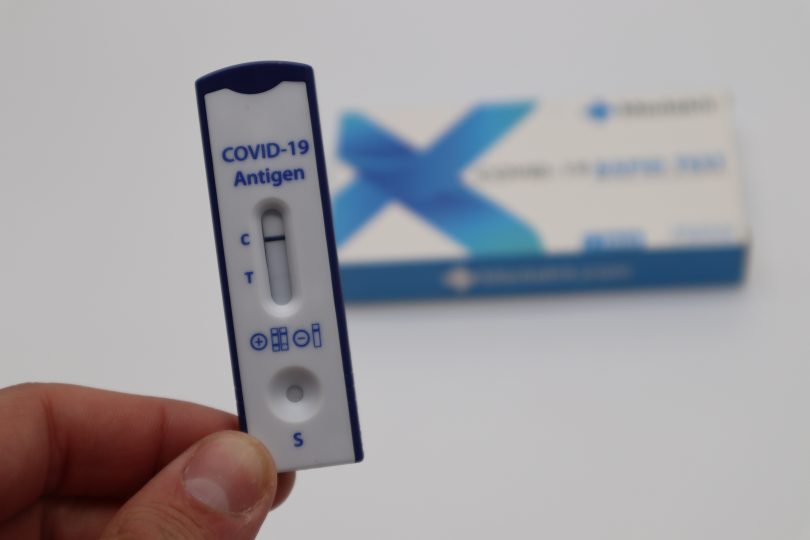 The additional cases of COVID-19 take the ACT’s total active caseload to 3069, and of these 16 people are in hospital, including one in intensive care and one being ventilated.

The percentage of the eligible population who are now fully vaccinated is at 98.5 per cent as of 4 January, 2022.

Long queues are again being reported for PCR testing clinics. The Garran and Mitchell drive through testing clinics were at capacity at 9:30 am. Long waits are expected at Nicholls and Kambah.

The Holt COVID-19 testing clinic has reopened today after being closed on Tuesday due to a power outage from recent storms in Canberra.

READ ALSO Clean up continues after severe thunderstorms, with more predicted to come

A new epidemiological snapshot of the territory’s COVID-19 situation will be released on Wednesday, when the chief health officer Dr Kerryn Coleman is expected to speak to the outbreak situation publicly for the first time since 23 December.

National cabinet is meeting today, where Prime Minister Scott Morrison is expected to offer additional rapid antigen kits to states to be given out for free from testing hubs.

The details on eligibility for free rapid antigen test kits are yet to be finalised. In response to questions from Region Media a spokesperson from the ACT Health Directorate said: “ACT Health is currently finalising its policy for the use of rapid antigen tests for COVID-19 public health reasons.

“These policies will be finalised prior to the ACT Government receiving its first significant delivery of rapid antigen tests later this month.”

Meanwhile, NSW has reported a second daily record number of COVID-19 infections and hospitalisations, with 35,054 new cases and eight deaths.

READ ALSO As the year turns, let’s sit still and reflect on the stories we’ll tell our grandchildren about 2021

Almost one in three people returned positive results for the virus from the 108,844 tests conducted in NSW.

Wednesday’s case numbers represented an increase of more than 50 per cent — or almost 12,000 infections — on the previous record of 23,131 reported on Tuesday.

I just binned a leaflet from the anti-vax scum that was put into my mailbox.

Vaccination isn’t perfect but people who lie to promote their deluded views about it should be charged with crimes against humanity.

I guess the vaccination certificate is useless now

Certificates were never used/required in the ACT anyway.

More pathetic government. Testing sites overrun, no RATs available, but hey ACT Gub’mint, let’s stop updating the contact site website so ppl can’t tell whether it’s likely they are COVID-positive, and instead, we all have to guess whether our symptoms are from the New and Improved COVID or something else that’s not anything to worry about.

Everything really is just being left to fall apart.

They are not updating the website because it is now pointless. The new national definition of contacts now means a close contact is only basically someone you have been with.

There is no point knowing if there was a case at the local supermarket at the same time as you. Even more so as case numbers rise.

The next change will be the scrapping of testing in most instances and not reporting case numbers. All part of learning to live with covid and moving from pandemic to endemic.

JC,
It’s funny that your statement was actually the messaging for how the process would work early on in the pandemic and where we needed to get to.

So, it’s kind of ironic that people have now been so conditioned over the last 2 years by the overzealous “health protection” messaging of certain governments, they don’t remember what the endgame was supposed to be.

The ACT Health should take top epidemiologist’s advice and keep the expensive and time consuming tests for those who really need them rather than clogging up the testing facilities in an attempt to identify every case of COVID.

Deakin University chair in epidemiology Catherine Bennett said the PCR testing system should now be reserved for critical diagnostic use, rather than as a means of attempting to identify all cases.

“What’s most important is that we have a fast lane for the people who are high risk, so symptomatic or a household contact of a case where infection could have serious consequences for them, and early diagnosis could lead to better treatment with things like antivirals and monoclonal antibodies, which could make the difference in keeping them out of hospital,” Professor Bennett said.

“We should start to discourage low-risk people with mild symptoms from testing while the infection rates are so high. They’re better off not going out, but isolating with their household until all are recovered.”

Isn’t that what they are doing? 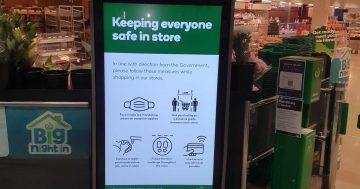 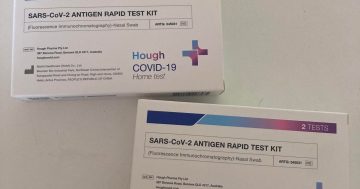