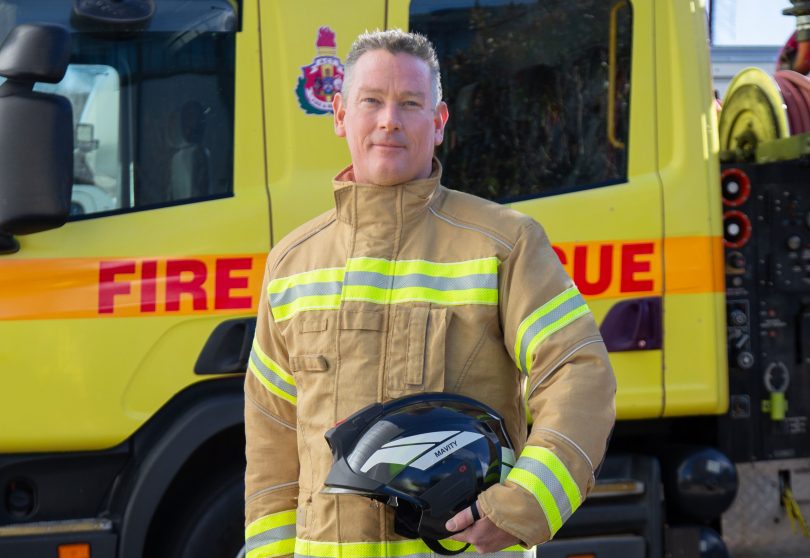 Community service is at Matthew Mavity’s core, and the man who joined ACT Fire & Rescue as a recruit more than 24 years ago will now lead the organisation into a more sustainable and tech-savvy future.

Mr Mavity has been acting as chief officer for the past eight months, but on Thursday, 18 November, he was confirmed in the role permanently.

He said his priorities in the role include ensuring there are enough firefighters to protect the city; that ACT Fire & Rescue can cope with the growing threat of chemical fires; and that the service operates on a sustainable footing, whether that be in the sue of water or deploying electric firetrucks.

The service is being hit at both ends of the staffing spectrum, with many firefighters retiring at the same time as ACT Fire & Rescue needing to grow to cope with a growing city.

“The challenge is meeting the exit rate, quite frankly, and trying to meet the growth rate,” said Mr Mavity.

Since the enterprise bargaining agreement came into effect in July 2020, the service graduated 38 recruit firefighters, recruited another 40, and 19 are in training, with a further 40 expected in the next recruitment round in 2022.

“It will continue until we hit the goals we have set,” said Mr Mavity.

He said he is determined to ensure ACT Fire & Rescue keep pace with the threat posed by chemicals in Canberra, and strengthening its hazardous materials response.

“Something I’ve got my eye on is approximately 1800 industrial chemicals getting vented every week,” said Mr Mavity.

He said he brings an intimate knowledge of fire and rescue in the ACT to the role.

“It’s a growing city and we need to tailor our service to that city,” said Mr Mavity.

He said he wants to lead the most cost-effective, quickest and sustainable service possible.

“Today marks a special milestone as we appoint the first ACT firefighter as chief officer in 13 years,” she said.

“Mr Mavity is a respected leader within ACT Fire & Rescue, and I am exceptionally proud to officially welcome him into this role long-term. He has actively continued to improve the service to be highly responsive and diverse, reflecting the Canberra community.”

“It is great that the next ACT Fire & Rescue chief officer will be a local firefighter who has served and protected our community and will now lead the next generation of firefighters to do the same.”

What do you mean by so many industrial chemicals being vented each week. Vented to the the air? Where?

You can’t help yourself, can you Ian? 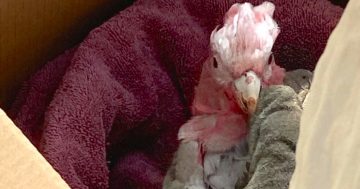