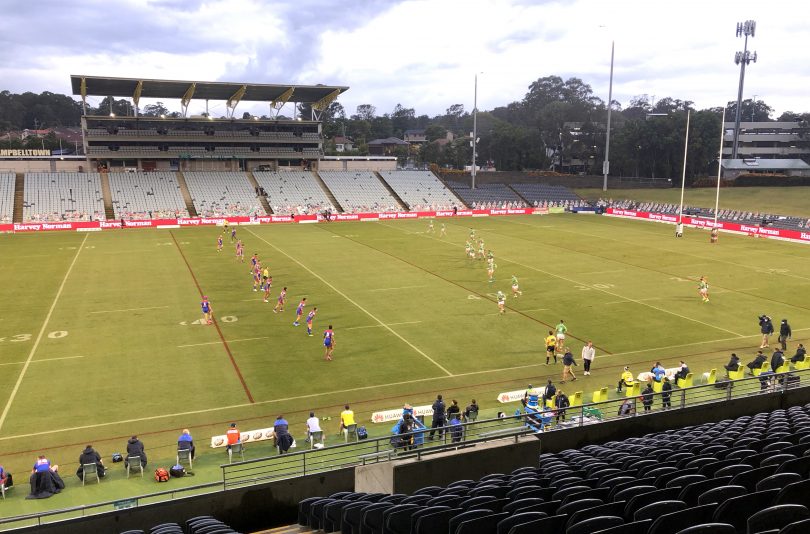 With the NRL using only six grounds because of biosecurity concerns during COVID-19 restrictions – and Bruce Stadium not being one of the sacred six – it looks like the Raiders will be on the road until 25 July at the very least.

It means that until round 11 they are likely to spend more time travelling to ‘home games’ at Campbelltown Stadium than the teams they are playing. In fact, the Raiders will play four of their next five games at Campbelltown.

It also means the Raiders are the only team flying to their home games in the first 10 rounds.

By 25 July, the club is hoping to be in a position to host South Sydney at Bruce Stadium. Then the Raiders are scheduled to play home games against the Broncos, Bulldogs, Roosters and Warriors.

I am in two minds as to the advantage of the Raiders playing at home given their record last season when they lost twice as many games at Bruce as they did on the road.

In the regular season in 2019 they had a 9-3 away record but lost six at home, which certainly suggests they perform better on the road.

Personally I feel as though this side performs better in the face of adversity. They need to maintain the perception of being disadvantaged or treated differently to rival teams to bring their best attitude to game day.

Already we have seen glimpses of this so far this season with the Raiders allocation of very few games broadcast on free-to-air television compared with the majority of other NRL teams.

The performance against Newcastle on the weekend suggests the favouritism tag doesn’t sit comfortably with the Raiders. They appear to perform better as underdogs.

Perhaps the Raiders need to treat the Campbelltown issue as a slight, rather than trying to embrace it as their interim home.

Daniel Palmer - 1 hour ago
Minus the fires, has me stumped why. View
The Garden, botanicus perfectus - 4 hours ago
Ann Gottaas View
Dee Small - 5 hours ago
Saw a young one on the O’Connor ridge yesterday... View
Lifestyle 16

@the_riotact @The_RiotACT
Have you been shocked by your latest #electricity bill? One Bonner resident saw her last quarterly #bill soar $1000, and she's not the only one https://t.co/0fib4XxA9r (1 hour ago)