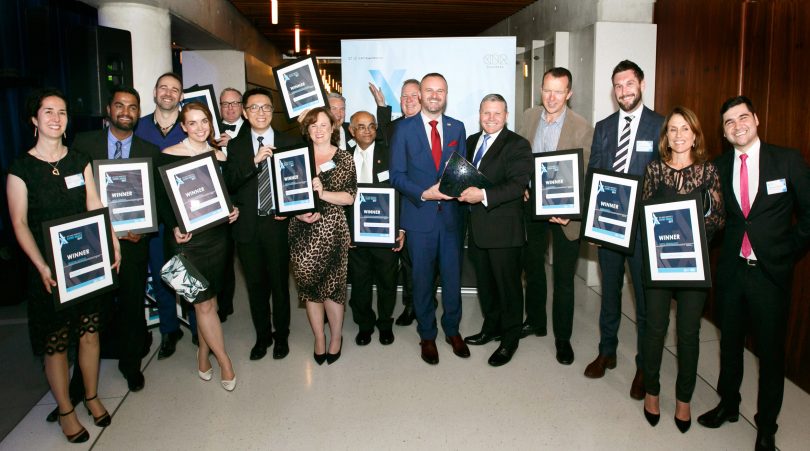 Aspen Medical has been exporting its health services to the world since 2003 but this year has been defined by its lifesaving work in war-torn northern Iraq.

“We export health services around the world and the thing we’re most proud of is when we’re in locations where were literally saving lives,” Mr Armstrong said.

He said export had been at the core of the business right from the beginning when Aspen signed its first contract in the UK.

“This is an award not only for those in our team providing world-class Australian healthcare across the globe but also for those who support them behind the scenes. Our company’s first contract was overseas in 2003 so we were born as an exporting company, and we have continued to grow our exports year-on-year since then without fail,” Mr Armstrong said.

Aspen Medical operates across Australia, the Pacific, Africa, the Gulf region, the United Kingdom and the USA, and employs more than 2,500 staff, and the company is now going into China.

“We’re getting ourselves established there and telling people about how we’re exporting Australian knowledge and know-how,” he said.

“It suits us really well, there’s a great pool of smart people in Canberra. It’s a great hub to the rest of Australia and improving hub internationally,” Mr Armstrong said.

He said Canberra was also home to many other innovative companies doing business with the rest of the world.

“You hear the stories at the awards last night, and its hugely inspiring and uplifting to hear about other companies in many other sectors exporting around the world,” he said.

“And if people are looking for innovation, have a look in Canberra there’s plenty of innovation going on.”

Canberra Business Chamber CEO, Robyn Hendry said all the finalists were successfully exporting their goods and services around the world.

“Each of the finalists have achieved outstanding growth in international markets over the past year. They have opened doors across the globe, not only for their own goods and services, but for Canberra Region businesses as a whole,” Ms Hendry said.

In the national categories the winners were:

Rob - 8 minutes ago
Maybe if the government concentrated on ACT issues, we’d have a decent integrated public transport system, we’d have a ho... View
News 10

Treena Loiterton - 52 minutes ago
Geoff Richardson what about dumping every single record about war/defence on the steps of the memorial and getting them to ke... View
Richard Grainger - 5 hours ago
That building is simply storage. The cost that the Archives desperately need funding for is to digitise the records. A lot of... View
News 64

Ray Ez - 1 hour ago
Tiger Fit so no memorials for anyone?? Did you think that maybe this sort of thing helps a lot of veterans? View
Ray Ez - 1 hour ago
Ian Pearson you do understand the consultation was not a vote? They asked for people’s opinions. They are under no obligati... View
Ian Pearson - 2 hours ago
Concur - while Stalin might have said that numbers have a quality of their own, presumably the NCA did not agree. View
Business 1

Aspen Medical called in to coronavirus hotspot in Japan

@The_RiotACT @The_RiotACT
Police have not yet released the name of the man fatally shot on the doorstep of his Phillip townhouse late on Thursday night (10 June). Investigations are continuing https://t.co/iXGyIpzjHl (32 minutes ago)