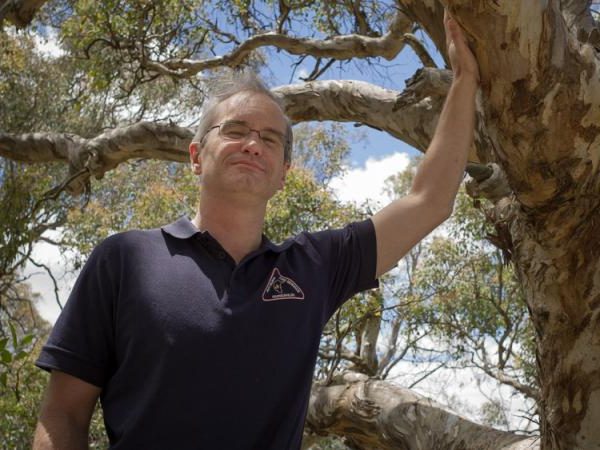 Ask Dr Jason Sharples about the lessons learned and the conversations had about bushfires this summer, and his response is direct, to say the least.

“It’s exasperating,” he says. “You can almost forecast the narrative. There will be the arguments about controlled burning, then the arson allegations get rolled out. There’s something about fires that makes everyone an expert.”

Dr Sharples is, actually, an expert. An Associate Professor in Applied Mathematics at UNSW Canberra, he is currently Lead Chief Investigator on two ARC Discovery Indigenous Projects and Project Leader for the Bushfire and Natural Hazards CRC’s ‘Spot Fire’ Project.

All of these projects are concerned with developing a better understanding of the dynamics of extreme bushfire development. On March 14, Dr Sharples will be part of an expert panel in Cooma convened by Climate Action Monaro to consider what the summer of fires is telling us about our environment.

And the news about the prevalence and intensity of the blazes is not good.

“Plenty of people were well prepared for a fire but not a firestorm,” he says. “We expect steadily advancing walls of flame, but instead, everything is suddenly on fire.

“Agencies have really come to grips with the idea that you can’t stay and defend fires at this level of intensity. The focus has changed to trying to leave early, using the three-tiered warning system. The messaging is a lot clearer but people were still taken by surprise at how fast things evolved.”

While Dr Sharples says that we’ve had intense fires like Black Saturday in the past, the number of blazes escalating to extreme level over and over again this summer was remarkable. Week after week, troughs rolled across the continent bringing blistering weather, no moisture recovery for the landscape and catastrophic conditions, complete with dry lightning strikes.

He points, for example, to the number of pyrocumulonimbus clouds, or fire-generated weather systems, as a signpost of changing fire intensity.

“In the years since 2018, we’ve had as many of those events as we recorded in all of the years leading up to that time,” he says. And while these systems probably occurred in the past, the few records of an unusual event indicates that at the very least, they were considerably rarer then.

There is a great deal of data processing and modelling still to be done, but Dr Sharples says that attribution studies over the last five to 10 years are making it increasingly clear that causative links probably exist between extreme fire events and climate change.

“You do an attribution study by running a global model with and without CO2 forcing and look at how likely an event – for example, a heatwave – would be in either scenario. You then look at the ratio of likelihoods to create an attributable risk calculation.

“Five or 10 years ago, it was quite accurate to say you couldn’t make links on the evidence we had. Now you can. We’re extending that attribution study analysis to fires and showing that some fires are up to four times more likely to occur as a result of climate change.

“I’m a scientist. I look for verifiable evidence”.

“Cooma was ringed by 22 fires at one stage this summer, so we were pretty close to the event. On the one hand, there have been plenty of letters in the local paper saying that the climate is not changing or that climate change has nothing to do with the fires.

“On the other side are people who think hazard reduction is a necessary management tool but at a deeper level, that fires and floods and drought are affected by human activity related to fossil fuel use. At the moment there is not much meeting of minds.”

Climate Action Monaro hopes their panel will facilitate an exchange of information with some genuine experts, among them Dr Sharples and Dr Kevin Tolhurst from the University of Melbourne, whose expertise is in hazard reduction burning. CAM has also invited political representatives from all major parties and there will be plenty of opportunity for Q&A with the audience.

The event is being held in the Cooma Ex-Services Hall at 106 Vale St, Cooma, between 2:00 pm and 5:00 pm on 14 March. All are welcome, with a $10 entry fee for adults and $5 concession. For further information, email ClimateActionMonaro@gmail.com.

Original Article published by Canfan on About Regional.

Arleen Stark - 35 minutes ago
That is all very well Ian, but a branch does not have to be dead to fall. We have had 3 huge branches fall in the last 2 year... View
Colleen Whichelo - 2 hours ago
The trees need to be in the bush where they belong & where no humans reside. Bloody gum trees are the worst most dangerous of... View
Ulrich Belcher - 9 hours ago
Took a full 3 years to have a council tree inspected after I lidged the job and chased it up many times, even though it was a... View
News 240