Canberra electronic maestros The Aston Shuffle are spreading their wings according to The Music:

Canberra house music duo The Aston Shuffle are in with a chance of being the next big Aussie electro acts to crack the international EDM scene as they announce they have signed two major deals for international territories recently.

In the UK the boys have Outsiders/Polydor looking after the release of their material, while Casablanca/Universal Republic will be taking care of them in the US.

Even though they stayed pretty quiet when we hassled them about their debut album recently, we can confirm via a statement from the band’s Australian label that the writing and recording of the LP is complete and that the finishing touches of the production are currently being worked on. We can expect it to be released later this year. 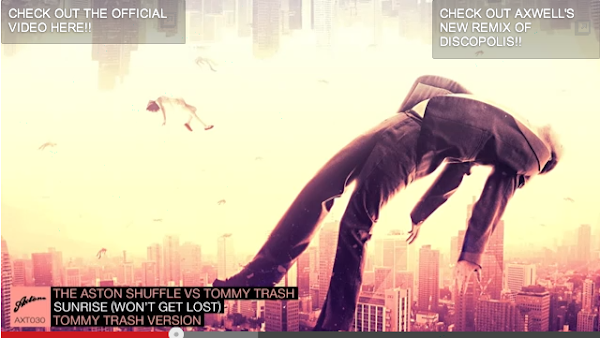 Jess Puddick - 1 hour ago
Kimberley love it, so excited for it to be restored! View
Juergen Voss - 1 hour ago
More townhouses? View
Andrew Pirie - 3 hours ago
Canberrans can't even travel from south to North Canberra let alone drive one of the worst roads and most policed roads in th... View
Opinion 11

Shane Westmore - 7 hours ago
Absolutely. There’s people voting now who are completely misinformed about anything going on in this country & waste their... View
Nada Krstin - 10 hours ago
oops, meant to say, cannot have it one way! :)... View
Nada Krstin - 10 hours ago
No. And if you think they are mature enough to vote at 16 or 17, then they should be tried for any crimes as adults as well,... View
Opinion 94

George Watling - 7 hours ago
Marc Edwards Spot on Marc. The best way to deal with congestion is decentralize workplaces. If everyone is travelling to a ce... View
Opinion 70

thebscaller - 8 hours ago
So what have you achieved other than self promotion? A message from someone saying that the only hope they have is for a libe... View
Mark Parton MLA - 11 hours ago
Thanks for constructively engaging, but I would reject the characterization of my advocacy for Alex as a media stunt. And I w... View
Renee Mae - 12 hours ago
Tenant went without hot water between Feb and end of April due to possums chewing parts of the hot water system. Wouldn't fix... View
Property 1

George Watling - 8 hours ago
Sadly when and if the governments changes to the residential zoning laws come through this place will be torn down and it blo... View
News 11

ACT resident - 9 hours ago
It is unrealistic for the Canberra community to pay for a company’s poor commercial decisions. The risks for CRS, newly reg... View
HiddenDragon - 12 hours ago
"...Capital Recycling Solutions, is in early talks with the government about its costs. It is hoping for an agreeable settlem... View
Lifestyle 1

Kat Lindbeck - 9 hours ago
Lucy that’s great. Best of luck for the future and an International career View
Community 8

Enita Hampton-Donnelly - 12 hours ago
Melissa Flis thank you. Right up her alley - one day 🙂 View
Property 11

@The_RiotACT @The_RiotACT
After 14 years, Chris Rourke has been honoured by the @ainslie_fc. The club recognised his six premierships as coach, and the life-changing culture he embodied for countless footballers https://t.co/IVaNUvjnAr (52 minutes ago)