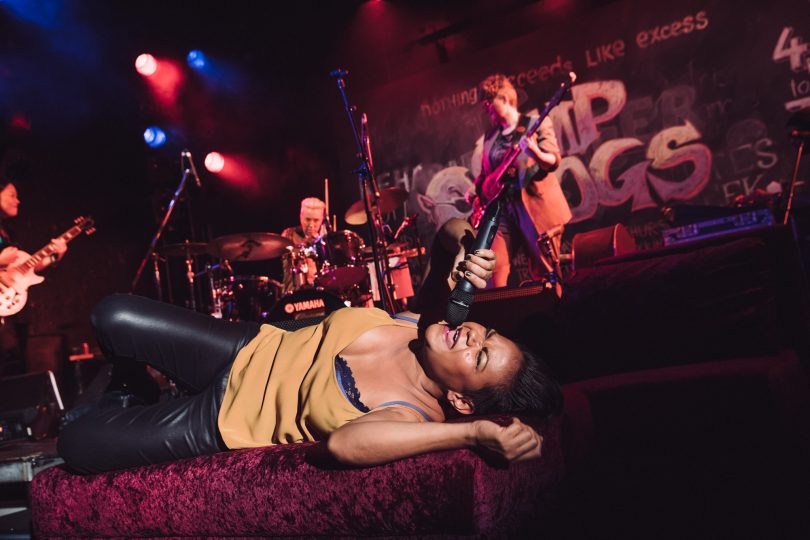 Ursula Yovich is set to rock out in Barbara and the Camp Dogs. Photo: Daniel Boud.

It takes a special kind of performance to draw a standing ovation. That Alana Valentine’s Barbara and the Camp Dogs gets one virtually every night tells you something about just how captivating its unique blend of theatre and live music is proving to be.

“Are any of those categories actually important?” ponders Valentine. We are chatting about the importance (or lack thereof) of labels and what they meant when she wrote Barbara and the Camp Dogs. “Particularly with young audiences, I don’t think they’re so strict as to whether it’s a play or a gig or a musical with songs. What I would say is that Barbara and the Camp Dogs is a very affecting piece of theatre. It uses music and humour and drama to involve the audience.”

Throughout Barbara and the Camp Dogs, the performers sing songs that weave in and around the plot. That said, they’re concerned much more with the emotions and story of each character individually. In all, it feels more like a gig than a musical where every note sung imparts exposition to move the plot forward.

The story itself revolves around the titular Barbara, played by Ursula Yovich. Barbara is a musician trying to make it in a ruthless Sydney music scene. A series of family events see her hitting the road, heading back to country and searching for a forgotten sense of belonging.

“The impulse came from an alter ego of Ursula’s,” says Valentine. “At parties, and at times when she was feeling different from how she’s usually perceived, Ursula used to bring out this character called Barbara who’s really ramped up and sexy and sort of foul-mouthed. She used to do this character all the time. I met Barbara at an awards ceremony one night and I said to Ursula, ‘we should write a play for Barbra’.” 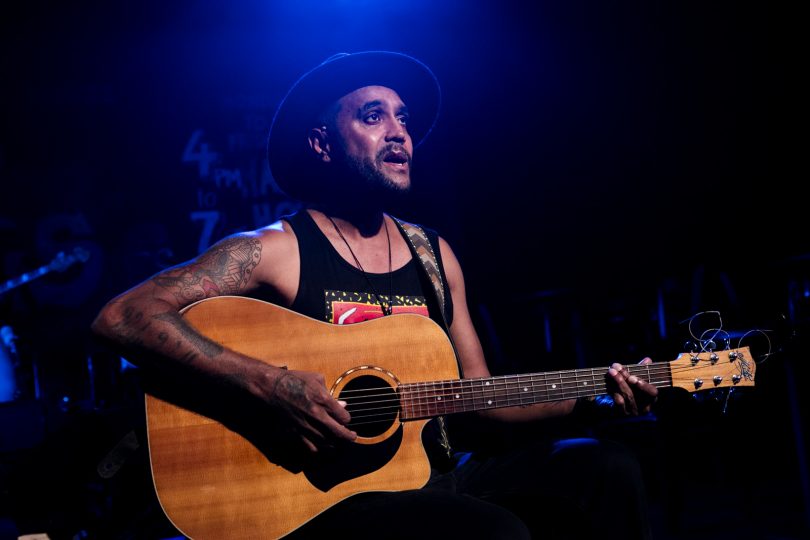 Barbara is joined on stage by a masterful group of singers and musicians. Their role is to take the show away from being strictly a play and transform it into something else entirely.

“What we found, when it was on in Sydney is that a lot of people who would, not to mince words, ‘diss’ the music that happens in a rock musical, they were coming to the show and saying ‘wow, this is really legitimately good music’. We were really proud of that. Quite a lot of reviews said things like: ‘if Barbara and the Camp Dogs were a real band we’d go see them’. I find that kind of hilarious because they really are a real band, at least for the duration of the show.”

The band coupled with the set design make the whole show feel more like a gig in a grimy pub than something you might normally expect to see in The Playhouse. Valentine compares the atmosphere to that of Smith’s Alternative, the small cafe-cum-venue where you can settle into a charmingly old couch to watch musicians on the raised stage. At Barbara and the Camp Dogs, audiences are able to dive as deep into that world as they like.

“I would really highly encourage your readers to sit on the stage,” says Valentine, referring to the ticket option that lets audience members take up seats right next to the performers themselves. “You can see the actors close up and it’s kind of amazing. And look, I wouldn’t call it audience participation, it’s audience interaction.”

It’s a bold and intriguing prospect – something that deliberately draws the audience into a particular atmosphere, forcing them to “confront the genius” (as Valentine puts it) of the performers working in front of them.

“I think people start to forget that when people sing, it’s actually coming from inside their body cavity, inside their spirit. I think theatre is the great collective community gathering where we actually understand ourselves in a social context. I’m addicted to live performance, I just love it.”

Barbara and the Camp Dogs is showing at The Playhouse from May 30 – June 1. Tickets available at canberratheatrecentre.com.au.

Win a double pass to Barbara and the Camp Dogs on Thursday 30 May at 8 pm.

To enter, simply tag a friend you want to bring with you to the show on Facebook!

Competition closes on Tuesday 28 May and the winner will be contacted on Wednesday 29 May.

Shane Westmore - 2 hours ago
Absolutely. There’s people voting now who are completely misinformed about anything going on in this country & waste their... View
Nada Krstin - 5 hours ago
oops, meant to say, cannot have it one way! :)... View
Nada Krstin - 5 hours ago
No. And if you think they are mature enough to vote at 16 or 17, then they should be tried for any crimes as adults as well,... View
Opinion 94