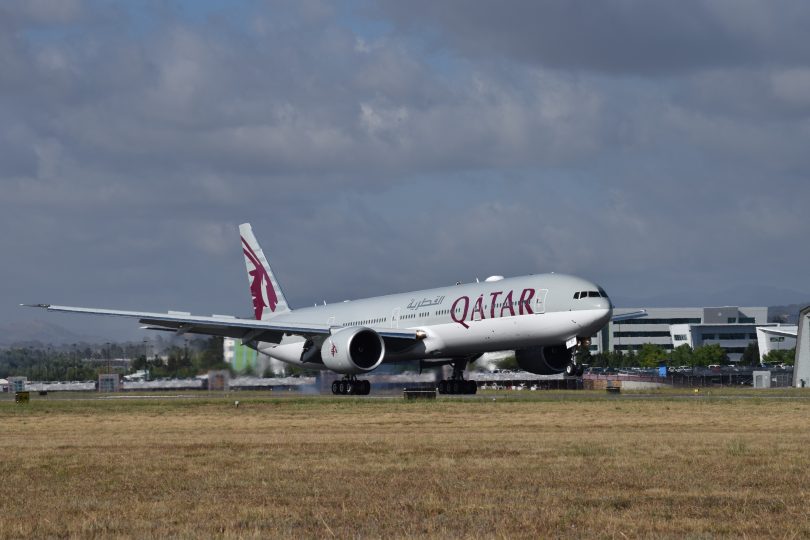 Chief Minister Andrew Barr is keen to capitalise on the ACT’s growing reputation as a tourism destination, reaching out to Chinese airlines and committing to re-establish a direct link to New Zealand.

In his recent State of the Territory speech, Mr Barr said the start of daily flights to Singapore and Doha meant that from next month the ACT would have 14 international flights a week but the missing links were a connection to China, and a direct service to New Zealand, and onwards to the US West Coast.

He named China Southern Airlines and Hong Kong Air as carriers the Government had been talking to.

Mr Barr has also been lobbying for a direct Canberra link to Hobart, so both cities can benefit from their booming tourism sectors.

“From next month, we will have 14 international flights a week. 18 months ago, there were none,” he said. “That’s tens of thousands of new people coming into our city each year. And it means Canberra companies can be in Asia within hours, and Europe and the USA within a day.

“Daily international flights, connecting Canberra to Doha, Singapore and beyond, bring significant opportunities for our businesses, our institutions and our city as a whole.”

Mr Barr said opening up Canberra to low-cost airlines was imperative to making Canberra a more affordable place to visit.

“TigerAir’s Brisbane and Melbourne flights are doing well, and we’re looking to entice more low-cost airlines to our city,” he said.

Mr Barr said more people were coming to Canberra from across Australia and around the world than ever before.

Tourism employed 16,800 people in Canberra and one in seven new jobs in the ACT was in the tourism sector, with tourism job numbers increasing by 1,100 in the last financial year.

“Tourism now contributed $2.3 billion to the ACT’s economy and we’re well on our way to reaching our goal of a $2.5 billion tourism sector by 2020,” he said.

“The Government has worked closely with industry to harness the opportunities from more domestic and international connections, to help diversify our economy. We are committed to continuing this growth over the coming years, harnessing the opportunities global exposure brings.”

Mr Barr also told his business and political audience that Canberra must embrace change and the opportunities it could bring, and that Governments must have the political will to implement long-term policies.

“This city will stagnate under timid managerialism. Young people will leave for better opportunities in bigger cities. New investment will dry up. This is not the path we choose. We are not here to mind the shop,” he said.

Youd think we never had an airport or flights anywhere before…you could always fly from anywhere here, just have to connect somewhere. Still do mostly. Now its just marginally more convenient if you are coming through Singapore or Qatar. Pitch China-Canberra-Hobart and get two destinations in one, that alone may not be viable. Add to that direct flights to Launceston, Darwin and North Queensland, where lots of tourists come in.

I fully support increased international tourism due to the increased revenue it brings to town. However, because we are at the end of a long food chain I suspect these flights will start arriving late at night especially seeing ths airport is curfew free unlike Sydney. This means there will be a need to rethink transporf connections, such as ensuring the last ACTION bus is scheduled to coincide with the estimated time the last passengers clear the airport.

They should be going after Scoot or Jetstar to establish a budget destination into Asia. I’d imagine there would be significant demand for two to three Bangkok or Tokyo flights per week.

Mr Barr should also be keen to improve Canberra’s public transportation given that there is increased usage and visitor numbers. Need to start by improving the Sunday bus timetable and moving on from the 7pm Close of ACTION Bus services.

It was a shame Singapore Airlines stopped their flight between Wellington and Canberra, that was awesome

If there was a dollar to be made in flying tourists into Canberra the airlines would already be doing it so, what concessions are being offered to these newcomers to make it worthwhile.

We all know Mr Barr has the skill of a tram salesman to convince the airlines what a great place Canberra is but his charisma alone isn’t going to put dollars in the till.

Ian McLeod - 3 hours ago
Charles Godworth yes I do and I also upgraded to three phase and will install a Zappi charger, but most won't need it. The po... View
Ian McLeod - 4 hours ago
Ben Garden which is what I'm doing and around town 2KW home charging is fine View
News 27