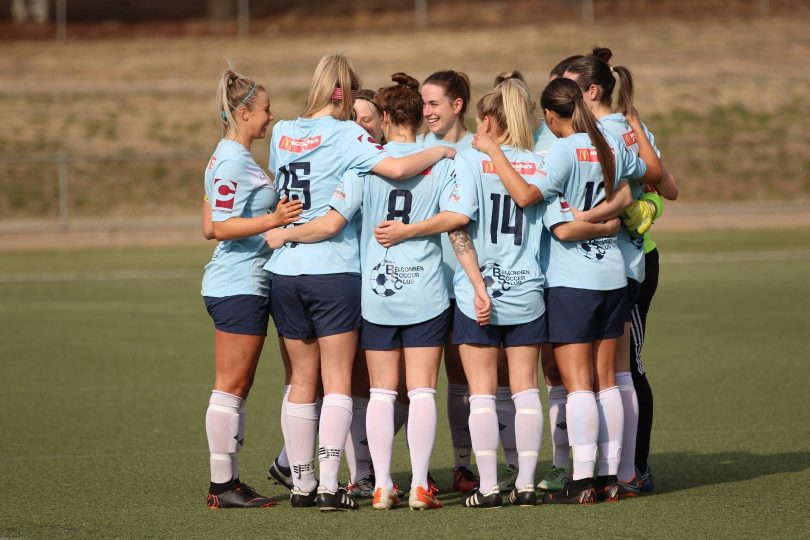 Belconnen United looks set to start a Canberra football dynasty with nine of its premier league sides making their way to the last day of their respective seasons and with seven grand finals to be decided this weekend.

Belconnen’s u13 and u15 men along with the women’s u13, u15, u17, reserves and first-grade sides are all playing for silverware this weekend after the u18s men lost their final last weekend and the u20s came back from a goal behind to win their grand final.

Belconnen’s president Tony Barr believes if the sides take out a clean sweep of results on the weekend, it might be the club’s most successful season to date.

“Nine grand finals for us in the NPL and WPL this season is probably the most we have ever been in,” Barr told The RiotACT.

“Last season, the club won six premierships out of seven grand finals we were in. Every year we are quite successful and make quite a few grand finals but this season only two sides missed out on making the grand final: NPL and u16 boys.”

Barr said he was proud of the way the club was able to continue to develop the talent in it’s development system and will continue to focus on the whole club and not just first grade.

“We focus on the whole club and we aren’t a club that is just focused on first grade. We take great pride in our youth development and if you look at all the other clubs across Canberra, they all have Belconnen United players littered throughout them,” he said.

“We concentrate on developing our players and encourage to push them to the next level. We have such a big draw area for juniors with the support of your three junior clubs Belwest, Belsouth and Belnorth. At our trials each year, we have up to 300 to 500 kids trial for 90-odd premier league spots.” 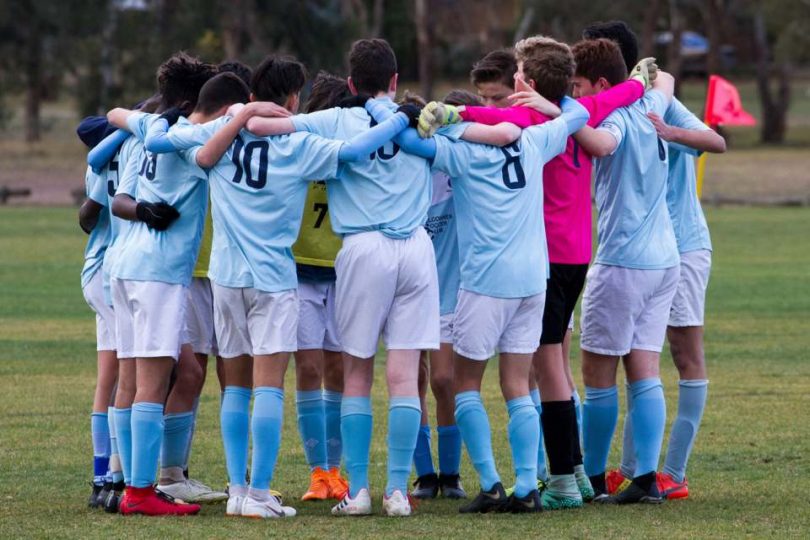 Though the men’s first-grade side failed to make finals this season after winning the title last year, Barr believes United is in good hands with the strong stream of talent flowing through the club.

“With the boys this season, we had the 13s, 15s, 18s and 20s make their finals, so we have got a pathway of success set up and we will continue to have good players coming through,” he said.

“We just had Tim Boke selected in the Australian Joeys side and last year we had Leo Mazis who signed a contract with Celtic which shows the extent of talent we have at this club.”

In what might be the most impressive statistic of the lot, all five Belconnen women’s sides have made their respective grade finals and the women’s first-grade side sealed their eighth consecutive minor premiership last month and will face last year’s champions Canberra FC in the grand final this weekend.

The majority of WNPL side that has dominated the league this season was bred internally, with 15 players in the 20-odd squad coming through the club pathways.

Barr said the first-grade’s dominance is a just reward for a club that treats men’s and women’s development equally.

“Ask anyone at Belconnen United and they will tell you that we give men and women the same equipment, same training grounds and the coaches all have the same qualifications,” he said.

“We believe both programs deserve equal treatment and that is the best way to develop players.”