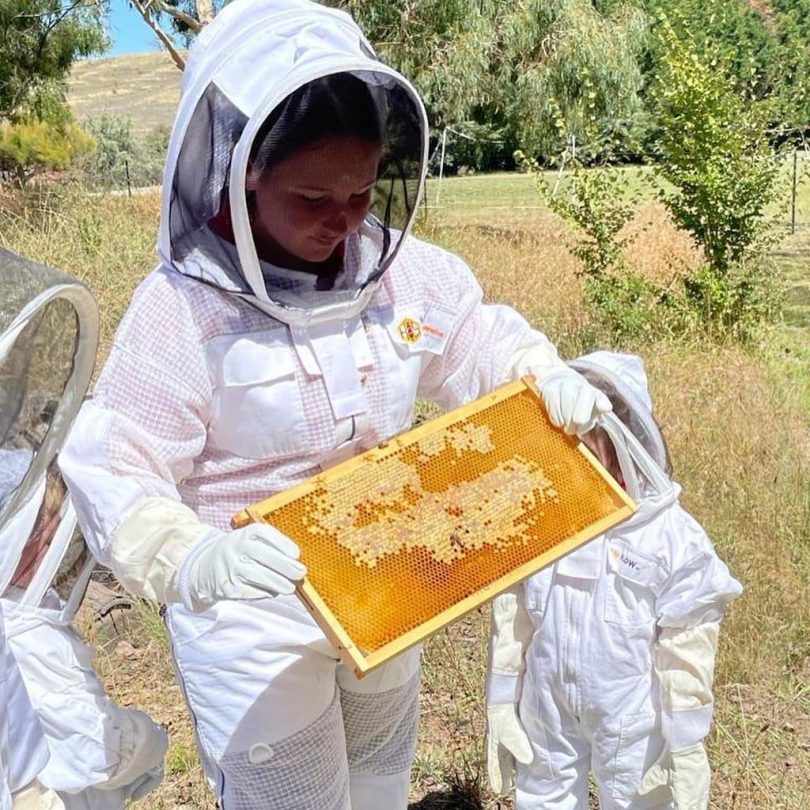 Binda Public School’s nine students suited up at the beginning of the year to establish a beehive on their bush block in the NSW Southern Tablelands village.

Principal Diane Hickey said it is important for country kids to learn about the role bees play in the environment and to get hands-on experience with a different type of farming.

“I thought it would be a really nice project to do with a small school because if you were trying to do this with a large group of children, there’d be some risk,” she said.

“The bush block is far enough away from the school and general public, and I thought it would be a really nice spot for the hive.”

The bees were donated to the school by Cristian Gorton from Nemori Flower Farm at Yass River, north of Canberra.

Mr Gorton said he loved seeing the students’ enthusiasm for beekeeping and that it had been interesting watching the colony develop on the school’s bush block.

“The plants are very different in Binda to where I live just outside of Canberra,” he said. “We have a very big bush block with a lot of gum trees and box gum grassy woodland so we’ve got different flowers.” 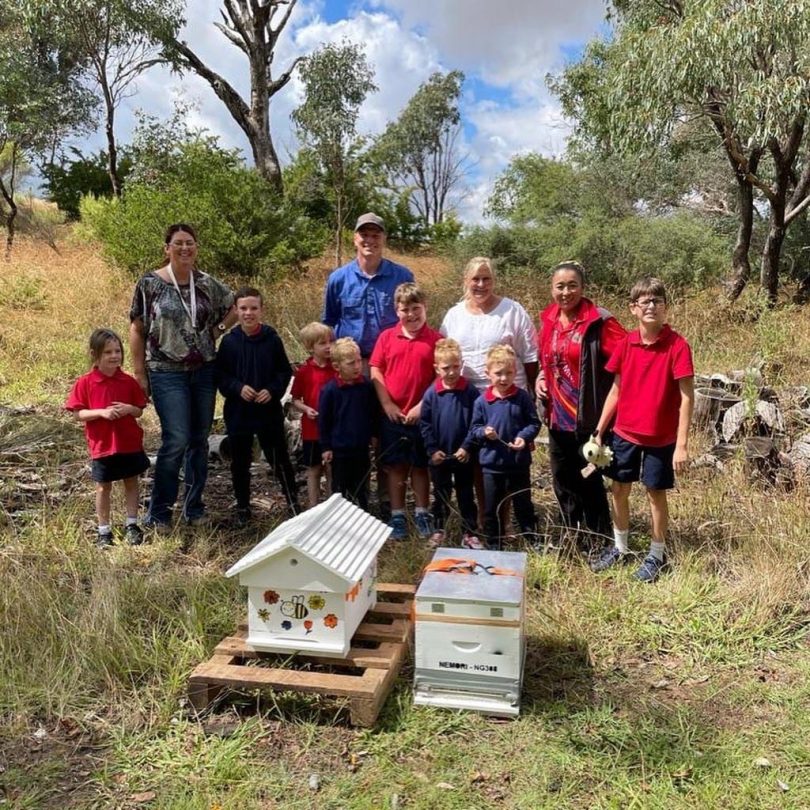 The students decorated the hive and worked with Mr Gorton to select the best location on the school’s bush block for it to be placed.

Some students said they were scared of bees before the project began, but now have no worries approaching the hive.

Year 6 students Stevie George and Jareth Cook said they would consider beekeeping when they’re older after taking part in the project.

READ ALSO The writing box: a rural tale of love, letters and a mislaid fiancee

“The good thing about bees is they help other plants grow,” said Jareth. “They pick up pollen and give it to other plants so they grow bigger. Without bees, our plants wouldn’t grow.”

The students have also learnt about the roles of the male and female bees, how far they can fly and how to take care of them.

Stevie said they made a sugar syrup to feed the bees during winter.

However, there was a sticky situation at the school when teacher Ian Brien tried to make a large batch. 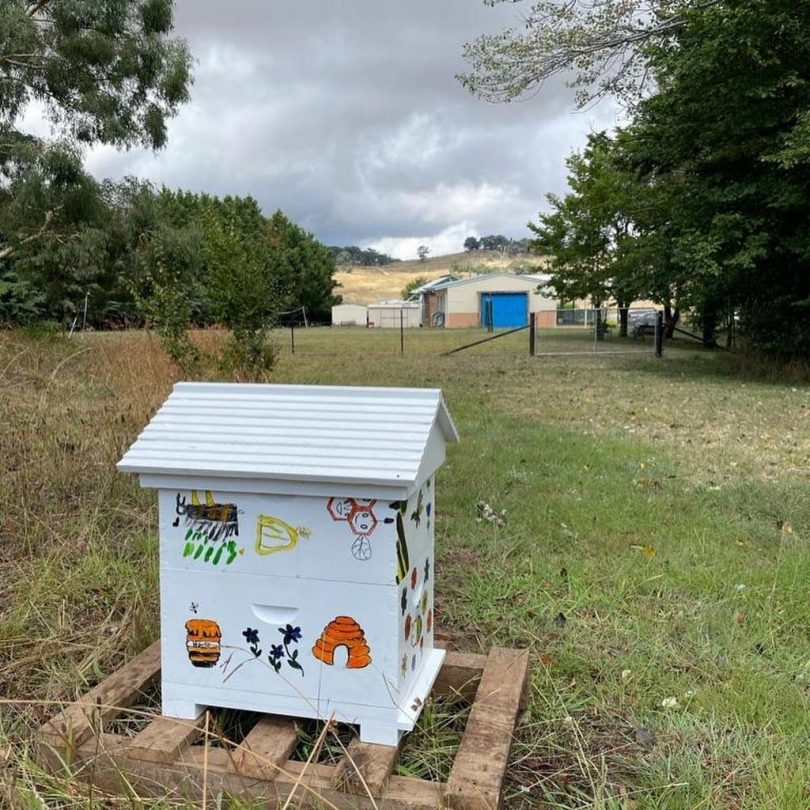 “One of our staff members found the sugar syrup had leaked out of the bags in the fridge and all over the kitchen floor just before we were about to go home on a Friday afternoon,” said Ms Hickey with a laugh.

Mr Brien’s father was a beekeeper in Cowra and he learnt from him. He hadn’t worked with bees for about 30 years but has enjoyed re-learning alongside the students.

At the moment, the bees are only occupying the bottom floor of the double-storey hive.

The school hopes to grow the colony and produce honey to sell at the local general store or to students’ families.