Reproject | The Art of Camera Obscura

Camera Obscura is a technique that creates a natural projection inside a darkened room as light passing thought a small hole or lens. Using the same principals as a pinhole camera but on a much larger scale.

These projections are flipped over and cast a mirror image of the outside world within the room.

The images are very faint to the eye but when captured using a slow shutter speed and time-lapse photography they show a near perfect image of the skyline. 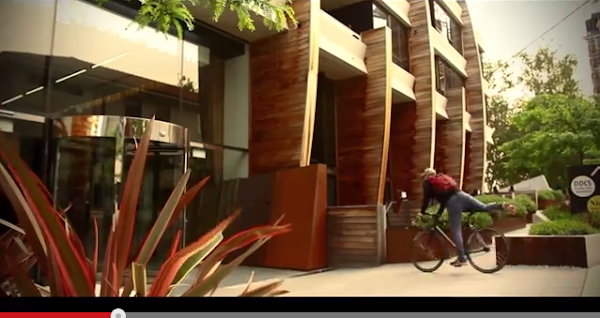 Very clever but that would totally spin me out..

That was an add for baggy arsed jeans right?

So, was his bike there in the morning?

Liam Grimshaw - 4 minutes ago
I’m vegan View
Buddy Edwards - 1 hour ago
Dean Newman you have given me a migraine reading your words. View
Frances Jane - 7 hours ago
Dan Backhouse I'm virtually vegetarian, and have been vegan at times, but found the article to be outdated. Perhaps it's the... View
Business 11

Pauline Clynch - 16 minutes ago
Well done Beachy! ~ PC 👍 View
Cleon Furlong - 17 minutes ago
Excellent choice!! when she left Industry she was very much missed. Always remembered me when l delivered her mail View
Giuseppina Sciulli - 13 hours ago
Yes I worked in one of her Divisions long time ago. She listened to what non ses had as advice as well. That’s a real manag... View
Breaking 1

jwinston - 3 hours ago
Let them go because they are under 14 and don’t know what they’re doing. View
News 32

Elysha Fordham-Young - 19 hours ago
Where is the Waramanga one please? I can't find it. View
show more show less
*Results are based on activity within last 7 days

We're all in this together. That's been the mantra for 2020 - the year that's brought almost every catastrophe to...
Breaking 1

We're all in this together. That's been the mantra for 2020 - the year that's brought almost every catastrophe to...
News 32

@The_RiotACT @The_RiotACT
Public Service staff numbers, the use of contractors and digital transformation will be examined by a new Senate committee inquiry https://t.co/POkqqwyQqv (55 minutes ago)

@The_RiotACT @The_RiotACT
A COVID-safe Enlighten is going ahead but the event may not include the popular Night Noodle Markets https://t.co/JxdNhBvZO8 (2 hours ago)

@The_RiotACT @The_RiotACT
ACT Government will stick with the current watchdog as it moves to Stage 2 of its reforms to stamp out dodgy builders and protect consumers https://t.co/yv0iOiOJEw (3 hours ago)