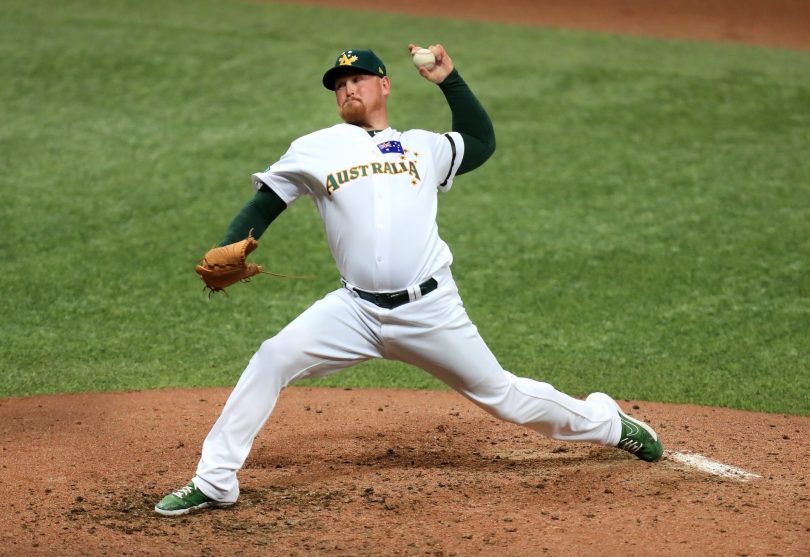 Steven Kent has represented the Australian men’s baseball team since he was just 17 years old. He is also a four-time ABL All-Star. Photo: Supplied.

Steven Kent was signed by the Atlanta Braves Major League Baseball team just over 15 years ago. He was 16 at the time.

I well remember it being big news given the profile of the Major League. This was coupled with the novelty of a 16-year-old Canberran being plucked from the Ainslie Bears by one of the biggest teams in baseball.

The reality, of course, is that he had talent to burn and he had been playing T-Ball since the age of four before progressing through the leagues to the ABL. He went on to play for seven years in two stints in the Braves system.

He made it to the AAAs, the level below the majors.

Mind you, he has achieved just about everything else in baseball. He’s represented the Australian men’s team since he was just 17 years old, as well as being a four-time ABL All-Star.

As he headed overseas as a 16-year-old, his baseball journey had the Canberra baseball community following his every move.

It was a journey the community had travelled a few years earlier when another Canberra pitcher, Jeff Williams, also a left-hander, made his major league debut for the LA Dodgers in 1999.

Jeff went on to play in two Olympic Games. He was a key member of the Australian team which won silver at the Athens 2004 Games.

Watching at home in Canberra and inspired to one day play at the Olympics was Steven Kent.

Sadly, the opportunities to play baseball for Australia at the Olympics have been limited with the sport in and out of the Olympics program.

In 2008, Steven was in the National Squad but for a variety of reasons, including the availability of key players, the team didn’t qualify.

Now at 31 years of age, he says the end of his professional career is nigh.

“I don’t have any desires to go overseas and play professionally any more,” he says. “I want to focus on the upcoming ABL season with the Canberra Cavalry and then next year’s Olympics before retiring.”

He is currently in the Australian team as a starting pitcher and there is nothing to suggest that he won’t be part of the Olympic campaign. He says the Olympics would be a great way to finish his career.

“The Olympic Games is the last bastion. I’ve played in all the major competitions for Australia and the Tokyo Games would be an ideal way to finish.”

“We have three kids, so I would like to focus on the kids and their sport.”

Judging by Steve’s performances last season for the Cavalry, he seemingly could play forever. He’s been with the team for every season of the ABL bar one when he was recovering from elbow surgery.

As he prepares for his final season with the Cavalry, he acknowledges it could be a different looking ABL given the impact of the COVID-19 pandemic.

There’s the possibility that it could be an ABL season without international players although the structure remains a work in progress.

Given the Cavalry had 12 overseas players in their squad last season, opportunities could open up for local talent.

Says Steve: “With the way the world is at the moment, there’s uncertainty. If it’s a locals-only league there will be opportunities for players of all ages, not just juniors.”

He says he’s looking forward to watching the progress of players from the strong junior development program in Canberra.

There’s also a chance we could see Steven playing back where it all began but he’s in no rush: “I’ve done everything I wanted to do. The Olympics will be a nice finish, but there might be some temptation to play with my mates at the Ainslie Bears.” 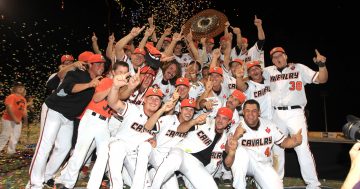