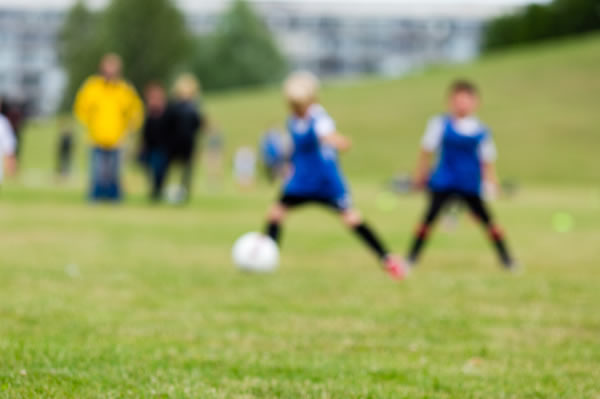 Sport isn’t what it used to be.

In times gone by it was about enjoyment and togetherness; a pastime that delivered untold pleasure to those who played it. It used to be pure.

But somewhere along the line, professionalism was ushered in and sport as we knew it changed forever. The focus slowly but surely shifted from what was happening on the pitch to what was going on off of it.

The advent of professionalism allowed money and commercialism to develop their own voices where they once had never been heard. And now, sport’s foot is enmeshed in the voracious machinery of the market.

Look no further than football (soccer). Football isn’t really just a game anymore. Manchester United, for example, is more than just a club. It is a brand; one of the most saleable brands in the game, in fact.

Football is now referred to as a product; a tangible object that can be sold to the highest bidder. And with its shift away from being merely a game, the sport has undergone radical changes.

The emphasis, it seems, is no longer on having fun. Instead, the focus is on winning. This is most evident at the elite level, where success is considered to be paramount.

Away from the elite realm, the sport’s grassroots level has remained largely preserved and detached from football’s commercial dimension. But reports in the local media earlier this week suggest the effects of professionalism have begun trickling down to the amateur game.

Capital Football, the governing body for football in the ACT, announced on Monday its decision to take the unprecedented step of locking the crowd out of an under-12s football match. The decision comes ahead of Canberra FC’s game against Canberra Olympic at Deakin Stadium on August 23.

The two sides last met back in June, and the fiery encounter culminated in an FC player kicking his Olympic opponent. The players then exchanged punches before the children’s parents got involved in a melee akin to the violent incidents commonly seen in European club football, which often result in matches being played behind closed doors, the loss of competition points and the separation of fans, among other things.

Capital Football responded at the time of the incident by suspending the FC player and banning the two parents involved in the incident.

But the decision to go a step further by playing the pair’s next fixture behind closed doors demonstrates the seriousness of the situation, and shows that Capital Football is aware of the associated risks (the sport’s image being tarnished, a drop in participation numbers).

Capital Football has acted in a way to prevent the local game being pushed toward potential disaster – the stage at which the elite level is currently at – and for that it deserves applause.

This sort of thing is inflamed by the Nationalism that persists in some clubs. If capital football want to minimise this nonsense they need to address this first. Why should sporting clubs be using the flags of foreign nations as their emblems? Come on Capital football.

I coach an under 12’s team Football (i.e soccer) team in Canberra and will state, without any shadow of a doubt this is not an isolated incident, I’ve seen it throughout every season that I’ve been involved in the game, and that’s for over 40 years.. There are far too many parents and coaches living their own ambitions (for sporting careers through their kids).

Parents abusing referee’s, linesmen, opposing coaches and players is a weekly event. I’ve seen kids totally demoralised and in tears after the abuse they cop on the sidelines. Some clubs in the ACT are renowned for it.

I don’t really understand why a crowd lock-out is a punishment for a under 12 game? I get it for professional clubs but seriously, under 12’s. How long was the player and 2 parents suspended / banned for? Capital Football should fine both clubs, dock them points, and make both teams forfeit the next match.

Mark Dawson - 19 minutes ago
Andy Kay "What does that mean: boost the immune system? Most people apparently think that the immune system is like a muscle,... View
Claire Lenehan - 59 minutes ago
Helene Jermolajew Thanks! Stay safe View
TheSilver - 3 hours ago
Of course no one want to get sick, but it is part of the human experience and unavoidable. The real question is, and always h... View
News 31

Tim Mak - 37 minutes ago
Summernats is fine. The people who attend them are not. View
Sam Austin - 2 hours ago
Fair enough but its 1 week a year. But there needs to be a place to do this stuff, think of it like a sporting facility golfe... View
Opinion 6

Shirley Willis - 1 hour ago
Sandra Zahavah Whibberley If you check my comment I DID NOT say that you vented a poisonous attack.I said it appeared the “... View
phydeaux - 1 hour ago
Robin Bontjer, because he did not donate $4M. It was $25k, after a push from Sharapova who donated that then tagged him to ma... View
Jonny Scott - 2 hours ago
Robin Bontjer ones good can all be canceled out when your true colors come out! View
Business 6

BlowMeDown - 3 hours ago
Of course, most people will not buy homes next to airports or raceways. That's why the values drop. But there will always be... View
News 305

Matthew Beale - 5 hours ago
Kylie Russell if this is a successful project, in a few years the southside may also benefit from a joint venture program lik... View
show more show less
*Results are based on activity within last 7 days

Last year was chaos. From hundreds of millipedes invading homes across the south-east of Australia to the news that The...
Opinion 110

NAPLAN tests results have again provoked controversy in Canberra, and your poll results are an indicator of a deep divide...
Opinion 110