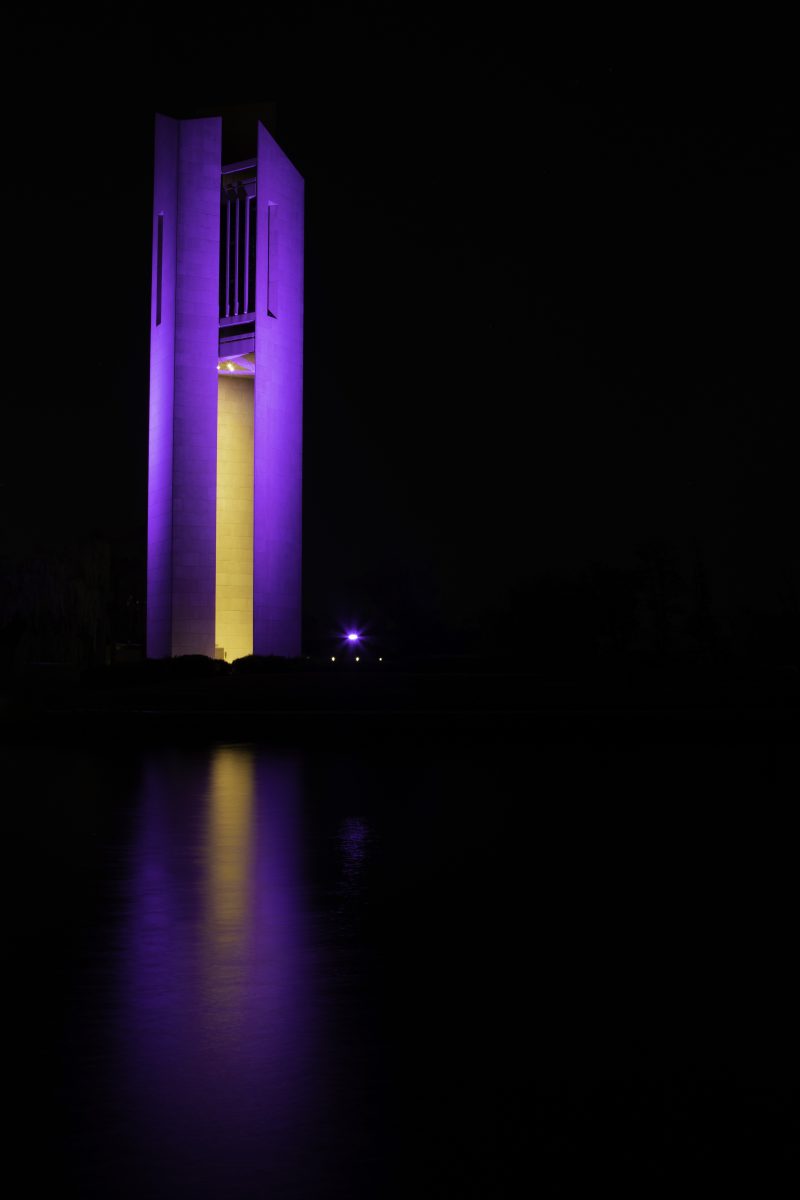 Almost a dozen major landmarks around Canberra glowed purple this week as part of a campaign to raise awareness of a rarely diagnosed but potentially deadly condition.

Mastocytosis and MCAS (Mast Cell Activation Syndrome) is a broad family of diseases which occur when there are too many overactive mast cells in the body. Symptoms can be as mild as itching or as life-threatening as anaphylaxis.

The Australasian Mastocytosis Society (TAMS) is hoping to raise the profile of the condition through its 2020 #SpotOurSpots campaign.

As part of the campaign, more than 50 landmarks across Australia were lit up in purple on 20 October – 11 of them in Canberra.

Major landmarks like the Carillon and the Mint – as well as various light rail stops – all glowed purple for the evening.

October 20 was the third annual International Mastocytosis and Mast Cell Diseases Awareness Day. The #SpotOurSpots campaign and Awareness Day aims to raise awareness of the need for more accurate diagnostics, better treatments, further investments in research as well as build hope for mast cell disease patients all over Australia in dreaming for a brighter, healthier future. Landmarks and venues across Australia were lit up to raise awareness of Mastocytosis and Mast Cell Diseases – a broad family of diseases that can be life-threatening and very often severely debilitating. #SpotOurSpots #mmcdawarenessday #Mastocytosis #MastCellDiseases #MastCellActivationSyndrome #canberra #abccanberra #visitcanberra

A post shared by Drew Sculthorpe {photography} (@drewsculthorpephotography) on Oct 20, 2020 at 3:53pm PDT

TAMS chair and founding member David Mayne said the response to the campaign was “exceptional” and “beyond what they could even have imagined”.

Mr Mayne said the ACT, in particular, was wonderfully supportive, with some people taking the initiative and lighting up their own rooms and homes with purple lights.

In Canberra taking photos of the event, Mr Mayne said he was delighted to hear cyclists near the Carillon talking about the campaign.

“It’s fantastic that people are becoming aware of it,” he said.

“Sufferers often think they are alone and feel isolated.”

Upon diagnosis, Mr Mayne said he was told he was the only sufferer in the Southern Hemisphere. He noted that while the disease was not rare, diagnosis was.

“Its most consistent aspect is its inconsistency,” he said.

Sufferers can, for example – as in Mr Mayne’s case – live on a bee farm and not react to the stings. For others, a sting would be fatal.

“It’s like being allergic to nothing and everything,” he said.

Living with the condition is difficult. One of the symptoms being brain fog, making it hard to work. 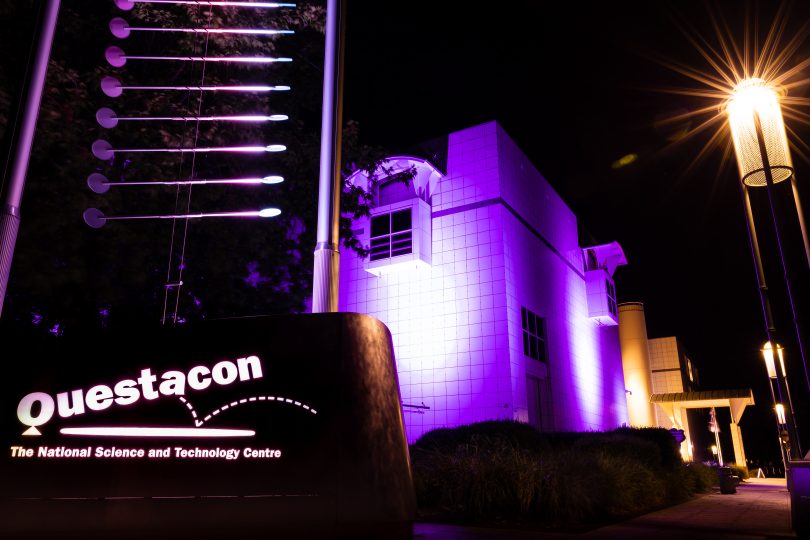 TAMS is an independent not-for-profit incorporated organisation with a committed and functional volunteer committee. It focuses largely on providing a support community, running conferences, and working with the medical community to increase awareness and understanding.