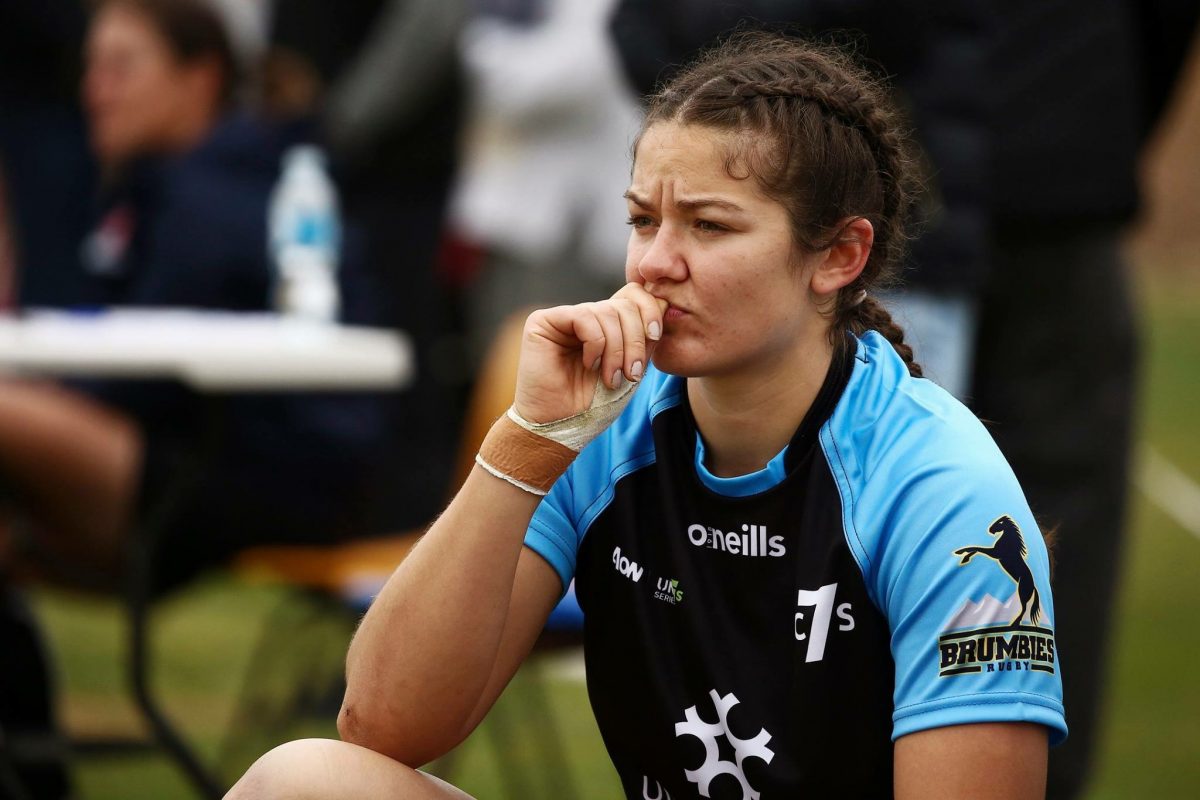 Michaela Leonard switched from basketball to rugby and hasn’t looked back. Photo: Supplied.

Things have happened rapidly in Michaela Leonard’s rugby-playing life, so much so that it can be overwhelming.

Michaela started playing 15-a-side rugby in 2018 in Canberra after being identified as one of Australia’s top junior basketballers. A year later, she made her debut for the Australian women’s team, the Wallaroos.

Now, four years after her first game, Michaela is in New Zealand as a member of the Wallaroos side preparing for the opening match of the World Cup against the New Zealand Silver Ferns at Eden Park on 8 October. 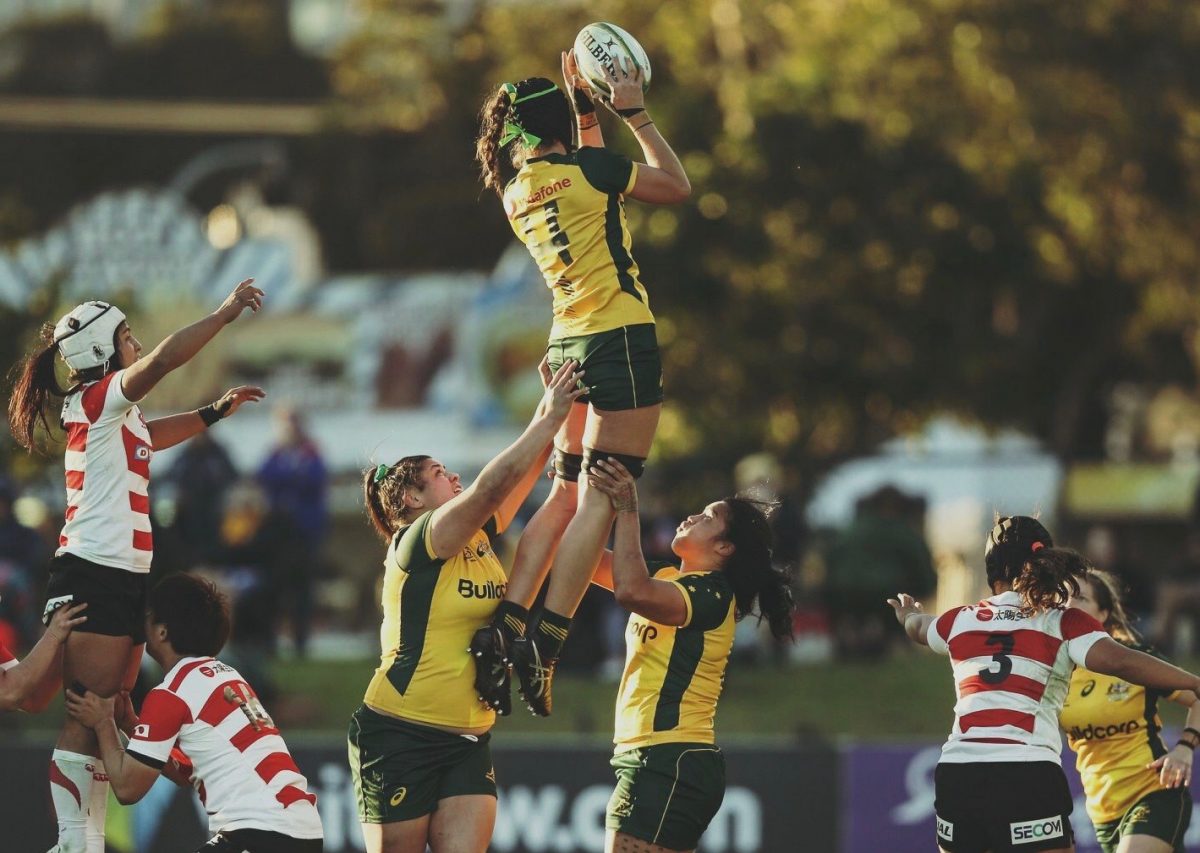 Michaela Leonard playing for the Wallaroos against Japan. Photo: Supplied.

“Since I started playing rugby in 2018, I wanted to strive to be at the highest point of the game that I could possibly achieve,” says Michaela.

“This is the pinnacle I have been working towards. It’s probably my biggest and greatest achievement in life so far, and I’m extremely proud and honoured to be here. I wouldn’t trade being here for anywhere else.”

It hasn’t been an easy path to reach this point in her career.

Time management has been of the essence with her mind-boggling weekly timetable.

“I’ve been working six days a week, working full-time as a physiotherapist at a hospital Monday to Friday and working in private practice on Saturday. On top of that, I’m studying for my Masters in Veterinary Physiotherapy.”

And then there’s rugby. 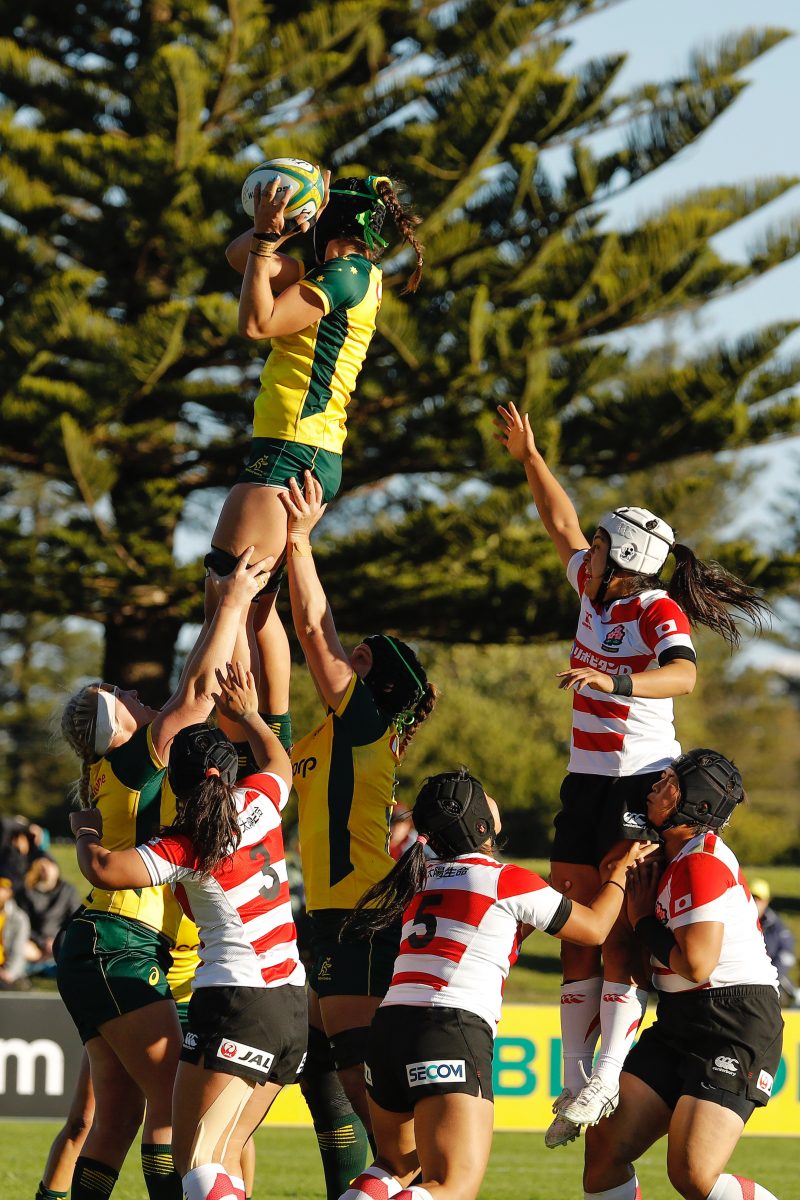 “When you look at the hours that work takes, then add on four gym sessions and up to five field sessions a week, it doesn’t leave much time for anything else.”

The hope, of course, is that in the future, women will have the opportunity to be full-time players.

In juggling her hours, Michaela recognises the support she has been given and is determined to acknowledge the role that other individuals have played in getting her to this point.

“I want to make my family proud, my friends back home proud, everyone at my workplace who supported me and allowed me to take the time it takes to be here. But also, I want to make my country proud,” says Michaela.

It won’t be easy for the Wallaroos.

The team faces New Zealand in their opening game. This comes on the back of losses previously this season to the Silver Ferns, yet Michaela is positive and looking forward to the experience.

“I think the opportunity to play on the opening day at Eden Park in the opening game of the World Cup is incredible. I wouldn’t want to play on any other day. We are fortunate to have played New Zealand a few times this year.”

Australia is also in the same pool as Wales and Scotland.

Sharni is playing in two World Cups in a month as she heads to New Zealand after representing Australia in the Women’s Sevens World Cup.

All four are incredible high achievers.

The Women’s Rugby World Cup runs from 8 October to 12 November and will be broadcast on Stan Sport.