Captains Flat school crowdfunding for defib to save little lives 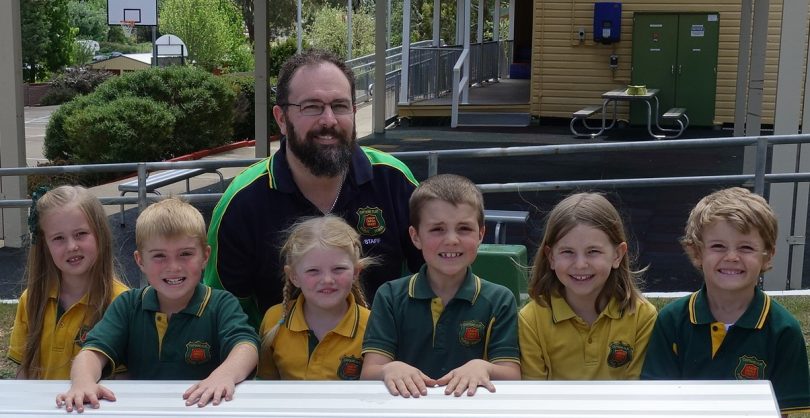 A small rural primary school has turned to crowdfunding to help purchase a defibrillator for the school’s first-aid kit.

When new Principal Jason Marshall arrived at Captains Flat Public School, which is around 60 kilometres from Canberra, he noticed that there wasn’t a defibrillator available at short notice in the area.

Recognising the significant distance to the nearest emergency ward, the school’s P&C offered to raise money to buy the vital piece of equipment to ensure that in the worst-case scenarios the students can receive the help they might need.

“Our principal brought it to our attention a month ago because he wasn’t aware of any defibrillators in the town that would be easy enough to access if one of the kids had an emergency,” P&C treasurer Rebecca Scott said.

“There is a local defibrillator with our local SES station which is a drive from the school and there is one in the community health centre but it is only open one day a week.

“We called an ambulance out last term and it took 40 minutes to arrive, which is not an option during an emergency.”

In Australia, defibs are currently not mandatory in schools, sporting centres, workplaces or public buildings and the funding the school receives from the NSW Department of Education runs thin.

“Captains Flat is a really small community, and we have a rural school with very few children,” Ms Scott said. “The funding is based on the number of kids so we stretch the money as far as we can but things like defibrillators are not provided under the Department’s funding.

“So the P&C decided to fundraise to purchase one.”

A GoFundMe appeal was launched which has raised just over $2,000, thanks in part to a significant donation from a neighbour.

“My neighbour gave $1,000, which made me nearly fall off my chair,” she said with a laugh. “The rest of the donations have come in from grandparents or other student relatives. I have been really surprised and thrilled by the generosity.”

The defibrillator will also be available for the wider community if needed, with the lifesaving device to be installed on the school’s verandah so it is accessible to all.

“We want this to be accessible to the entire community to help anyone who needs it,” she said. “We are a really small community and want to look out for each other.”

Every year more than 30,000 Australians have a sudden cardiac arrest. Research shows that without a defibrillator there is around a six per cent chance of survival. The President of the Rural Doctors Association of Australia, Dr Adam Coltzau, is especially concerned about regional Australians living on properties more than 10 minutes from a hospital.

For people living 10-20 minutes from the nearest hospital, the chances of surviving sudden cardiac arrest are less than 10 per cent and that chance will decrease by 10 per cent for every minute that goes by without CPR being administered.

What a brilliant idea

St John Ambulance ACT can’t we help out here?? Surely we can assist this cause??

They have contacted the school, thank you so much for the suggestion

That is BS… Shame NSW education Department. There should be one at the cop shop as well.

Harvey Norman are selling between $2 and4k

How much are they?

Why is it not provided by the Education department?

What model are they looking for?

The school is deciding. One that doesn’t require different pads for kids or adults.

Thanks, I’ll let the school know.

Bec Scott yeah sorry, they need to use separate pads for paediatrics as they have an inbuilt resistor to step down the joules ( the power) to suit a bog standard shock for kids. It’s quicker and easier that way , otherwise, you’d have to have a manual ECG/Defibrillator and actually calculate and adjust manually. That’s Intensive Care Paramedic / Doctor grade. AED’s can’t tell and are programmed at 200/300J standard and the paedi pads just reduce it to like 30J
Paediatric pads depending on the brand cost about 2X an adult set but that’s because of their inbuilt resistor.

Bec I’m sure there is a grant floating in relation to this, it might be for sporting groups – but the school does sports?

We looked into grants and could not find one that is suitable so decided to use the initiative and fundraise ourselves. We are aiming to buy the defib and also a cabinet to put it in so the wider community can also access this machine 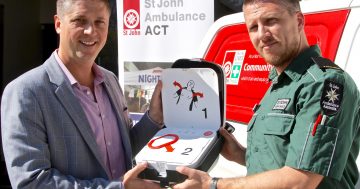