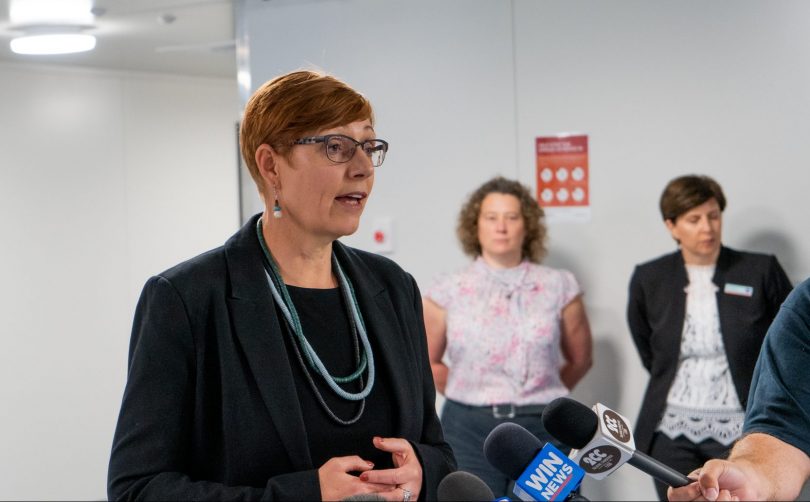 National Cabinet has brought forward the timetable for COVID-19 vaccinations for over-50s, while Pfizer vaccines will be saved for people under the age of 50, Prime Minister Scott Morrison announced this afternoon (22 April).

Australians will be able to receive an AstraZeneca jab from 3 May at state and territory-run clinics and GP respiratory clinics, and from 17 May at all other GP clinics participating in the rollout.

The Pfizer vaccine will now only be given to people under the age of 50 to maximise stock except in limited circumstances after rare blood clots were linked with the AstraZeneca jab.

ACT Health is preparing to open bookings to the public for Pfizer vaccines at the Garran Surge Centre for the first time as the vaccine rollout is overhauled. At the moment, an invitation is required to make a booking at the centre.

Health Minister Rachel Stephen-Smith said the ACT Government has been working with the Commonwealth and GPs through the Capital Health Network to expand the Garran centre rollout.

It can currently vaccinate up to 7000 Canberrans a week. A new clinic, which is set to open at Calvary Hospital, will be able to vaccinate a further 680 people a week.

Chief Minister Andrew Barr said a third vaccination clinic operated by the ACT Government will depend on additional vaccine supply.

Ms Stephen-Smith noted that expanding eligibility for the Pfizer vaccine to under-50s and the AstraZeneca jab for those over 50 is contingent on strong supply lines.

“What we do not want to see is that we have new people become eligible that push out our priority groups in terms of being able to get an appointment,” she said.

Ms Stephen-Smith also said she had been in discussions with her Federal counterpart, Greg Hunt, about the slow rollout of vaccines in residential disability care facilities in the ACT but ruled out a vaccination blitz for the sector.

The Garran Surge Centre opposite Canberra Hospital will soon be open to bookings from the wider public. Photo: Dominic Giannini.

Only 6.5 per cent of disability care residents, for whom the Commonwealth Government is responsible for vaccinating, have been inoculated, Federal Health Department Secretary Professor Brendan Murphy told the Senate COVID-19 inquiry on Tuesday (20 April).

Less than 200 disability care residents around the country had received their second dose of the vaccine.

Ms Stephen-Smith said what she had heard from the ACT disability community, service providers and people with a disability was consistent with the concerns being heard at a national level.

“We have consistently been raising with the Commonwealth our concerns about the lack of vaccination for people in disability residential homes and the lack of information for disability service providers and the community,” she said.

“We have been seeking information from the Commonwealth about how they are going to roll out [vaccines] to disability residential homes and we have been trying to work with them to support that rollout.

“It is important to emphasise that we are in a very strong position in the ACT and across Australia, so I would say this is a matter of more haste, less speed. We do not want to rush it; we want to plan appropriately.”

This support would include Pfizer vaccinations at Garran and at-home visits for people who have mobility issues.

Why introduce vaccinations for the over-50s at this stage when the over-70s – a higher priority group – are still struggling to find somewhere to vaccinate them? My GP’s surgery is not providing this service and others in the area have a waiting list of four weeks or more.