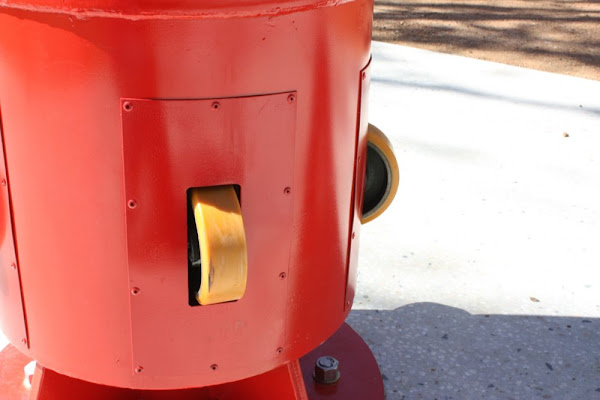 I have been walking past this rocket shaped thing at the ANU recently. I just assumed it was another piece of public art. 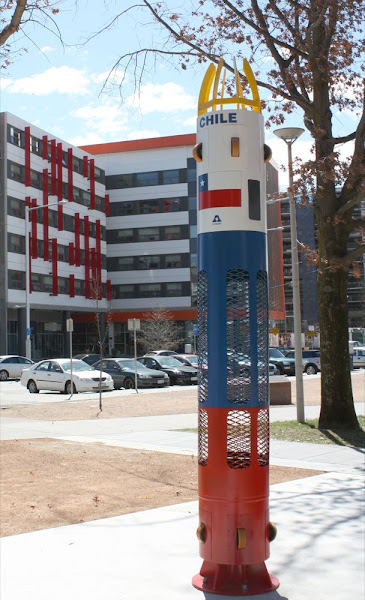 One day I had a closer look and realised it is one of the Phoenix capsules from the 2010 Copiapó mining accident. The capsules were used to rescue the 33 Chilean Miners who were trapped underground for 69 days when their mine collapsed. 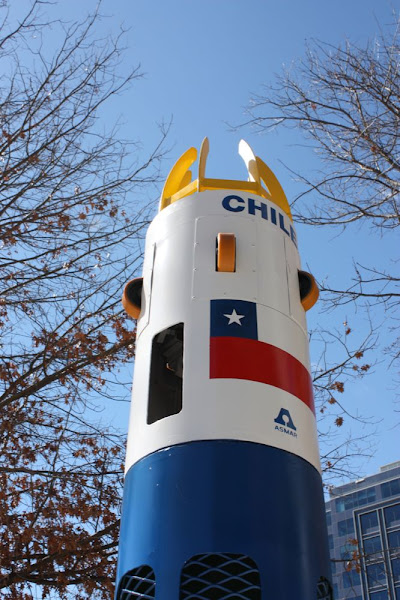 I suspect this was a backup. The example used to rescue the miners is estimated to be valued at $1 million and has been the object of ownerships disputes between the mining company and the Chilean Navy. 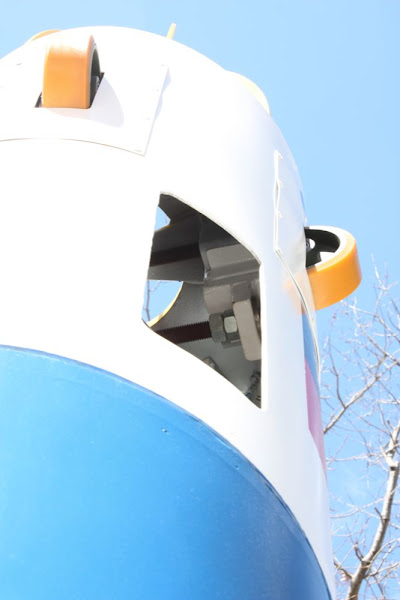 Internet reports suggest that it has been donated to Australia. It is now permanently located in the Latin American Plaza between Childers St and Marcus Clarke St in Acton.

[ED – Got an image of Canberra you want to share with the world? Email it to images@the-riotact.com ]

Yep. It’s populated predominantly by Asian students studying at the ANU who live at Uni Lodge.

If you have time, walk up to it, and compare your shoulder width with the capsule. Have to be pretty tough (physically and mentally) to get into that thing in a real situation.

Yeah – didn’t they put several of the men on an enforced diet so they could fit?

If you have time, walk up to it, and compare your shoulder width with the capsule. Have to be pretty tough (physically and mentally) to get into that thing in a real situation.

Canberra has a Latin American Plaza?

Yep. It’s populated predominantly by Asian students studying at the ANU who live at Uni Lodge.

hmmmm interesting, I think the original one that was used is the the smithsonian museam of natural history in Washington D.C…. Well thats where I saw it a few weeks ago

has for many years.

It’s a dead waste of space which in no way evokes latin america.

Keep filling it up with stuff like this though and who knows?

Canberra has a Latin American Plaza?