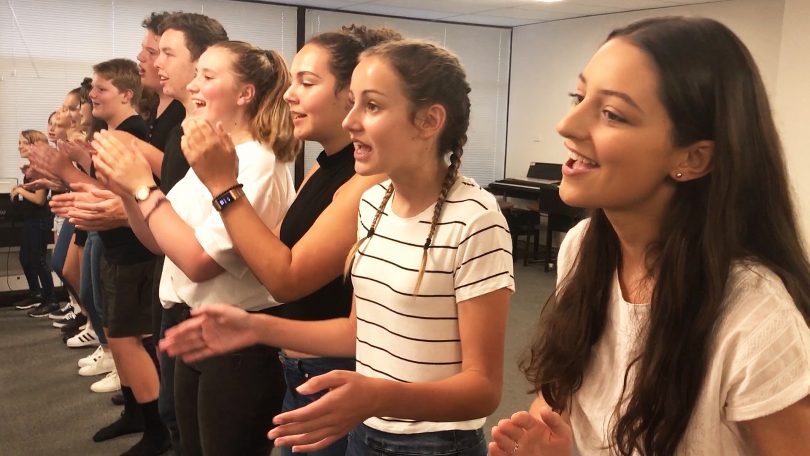 Members of The Australian Voice Collective rehearsing ahead of their first major performance this weekend. Photos: Paul Bissett.

When Canberra musician and educator Rachel Campbell and filmmaker Paul Bissett decided to start a youth singing group, they wanted to create something different. Rather than form just another Canberra choir, they founded a professional company, The Australian Voice Collective.

The Australian Voice Collective is Canberra’s newest singing ensemble, founded in October 2018 to give Canberra’s most talented young singers the opportunity to be a part of a professional company.

They will make their first major performance at Gorman House Arts Centre this Saturday and Sunday, 9 and 10 November.

AVC features performers aged between 10 and 17, and they rehearse at their adopted home of Bellchambers Music School.

Rachel told Region Media their first rehearsal back in October 2018 was amazing.

“The sound that came out of these kids just blew us away,” she said. 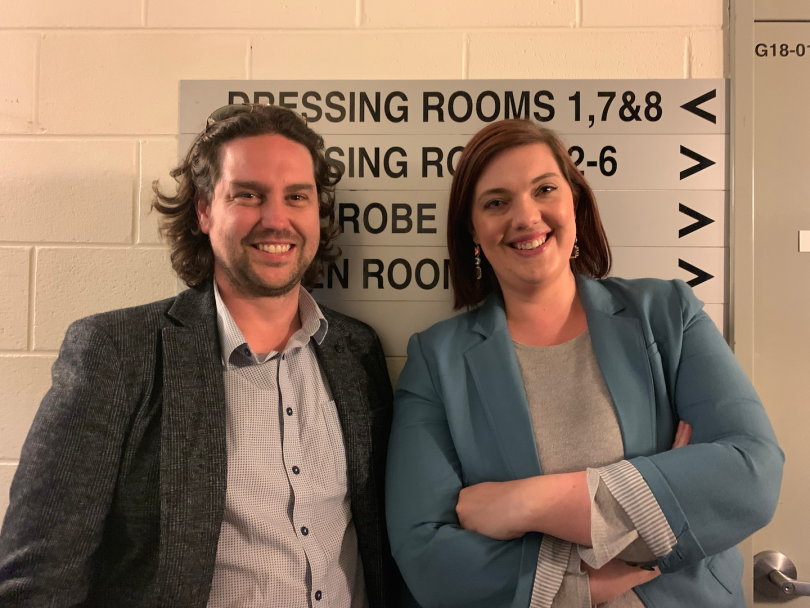 Filmmaker Paul Bissett, and musician and educator Rachel Campbell are the organisers of the Australian Voice Collective. Photo: Supplied.

It’s not surprising they had such a strong start. Auditions were aimed at recruiting skilled and experienced young singers with a professional work ethic.

Because they are a professional group, AVC doesn’t charge performers to be members. Instead, any profits made by the group are shared among its performers, with 10 per cent donated to charity.

Sixteen-year-old performer Minna Maccora was also full of praise for the choir.

“It’s amazing. I’ve done quite a bit of singing in the past, but that was very focused on learning technique,” says Minna.

“AVC is way more fun because we have input into all of our projects. And as the name suggests, it’s a collective rather than just some teachers and some students.”

AVC works hard and fast. In December 2018, when the group was just eight weeks old, they were in the studio recording their first single at SilverSun Pictures.

Their cover of Seasons of Love from the musical Rent has proven popular on Spotify and other streaming services, with listeners from almost every continent.

“We’re yet to tap the Antarctic market,” Rachel joked.

Just one week out of the studio, they were on the streets of Civic, busking to crowds of Saturday shoppers.

“We were so new, some performers couldn’t even remember the group’s name,” Paul said. “They introduced themselves as the Australian Vocal Group and other mishmash names. But the audiences didn’t care. They just loved the sound the group made.”

They definitely know their group’s name now, and Canberra audiences are starting to learn it, too. 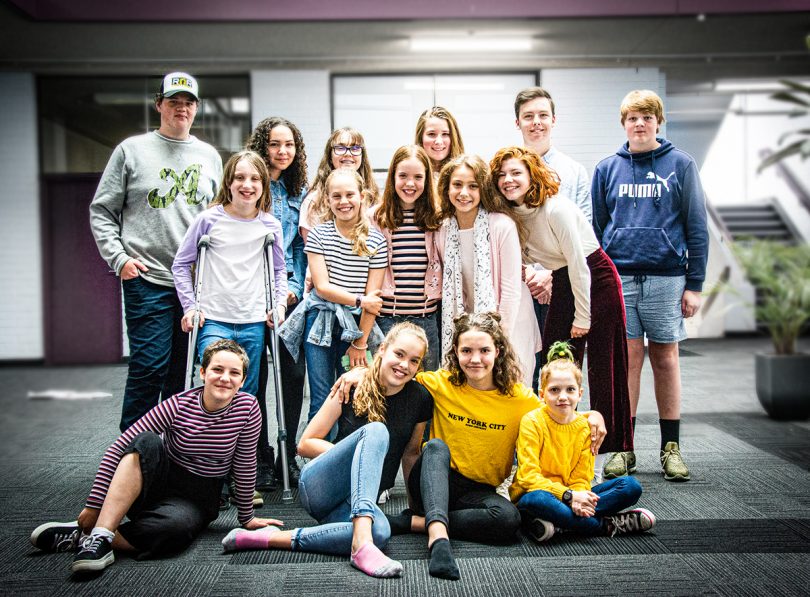 After performing a hilarious song at the Fearless Comedy Gala in front of a packed Playhouse Theatre in September, AVC is now preparing for its first professionally staged show this weekend.

Titled Still, We Rise, the show is a story of protest, hope and change, and tells the story of how young voices have the power to stand up to injustice. It’s a topical theme given recent protests and strikes by young people worried about their futures.

Putting on a show is an exciting prospect, but as any performer will tell you, it isn’t easy, or cheap. To help raise necessary funds, the group undertook a crowdfunding campaign with Pozible, raising $4000 over a number of weeks.

Written and directed by Paul and Rachel, Still, We Rise brings together songs from diverse genres, from classical to pop, combined with multi-screen films created by Paul to support the story. The show also commissioned a new work from Canberra composer Chloe Sinclair, who will be in the audience to hear the world premiere of her work Seeds of Change.

“This show is entertaining, thought-provoking and surprising,” Rachel said. “Who wouldn’t want to see something like that?”

Show details: You can see Still, We Rise perform at the Ralph Wilson Theatre at Gorman House Arts Centre this Saturday and Sunday, 9 and 10 November. Tickets are available from The Australian Voice Collective website.

Roberto Manna - 2 minutes ago
Cole Petrow of course mate haven’t you heard of Milburn Estate? 🤣 View
Antonietta Lavin - 5 minutes ago
Don't think these two are a match. He clicks more with Coco 😊... View
Cole Petrow - 10 minutes ago
Is this the so called "property developer" View
Property 33

Ol L - 27 minutes ago
This could be placed in the looney bin of ideas if it wasn’t going to result in higher rents. It’s amusing when people sa... View
Sport 3

Candace Driscoll - 15 hours ago
It is so disgusting. The nurse called it the 'process' when my grandmother was dying. It is torture and you wouldn't do it to... View
Cheryl Thuillier - 15 hours ago
Legalise euthanasia, for peole with terminal diseases. View
show more show less
*Results are based on activity within last 7 days