Working together, enriching lives
9 May 2022 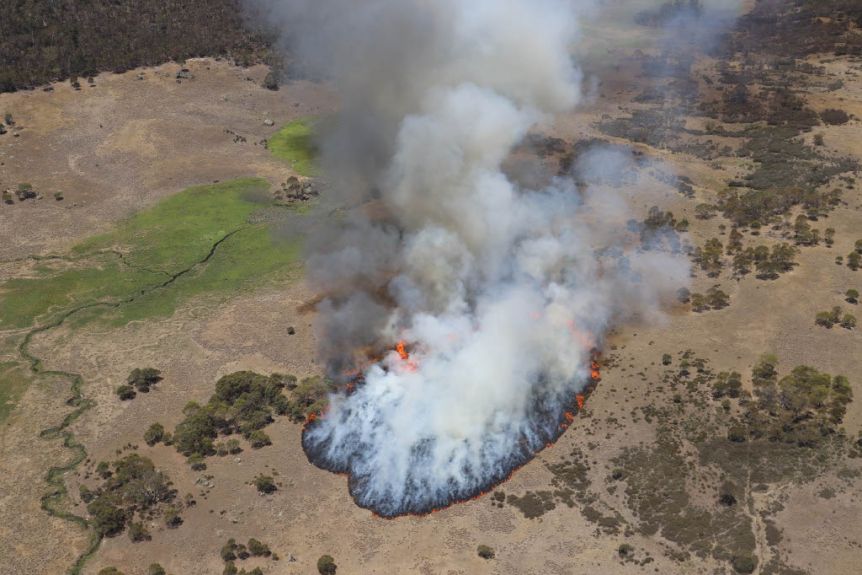 Photos of the start of the Orroral Valley fire taken from the helicopter which accidentally started the blaze. Photo: Department of Defence.

The ACT’s Chief Coroner, Lorraine Walker, has agreed to suppress the names of Defence personnel who sparked the massive Orroral Valley fire on the grounds they risk being trolled on social media.

It’s believed that the light from an Army helicopter may have sparked the fire after its crew landed in the Namadgi National Park on 27 January 2020. Its crew had been tasked with investigating landing zones in the park in the midst of the Black Summer bushfires engulfing much of the South East

However, after the fire began, it took 45 minutes for emergency services to be notified of the fire’s location by Army personnel who are believed to have returned to base before making a formal notification of the incident.

By the time it was extinguished, the fire had burned for one month and covered 78 per cent of Namadgi National Park and 22 per cent of the Tidbinbilla Nature Reserve.

The Inquiry into the fire is ongoing in the ACT Coroner’s Court which heard this morning from counsel assisting the coroner Kylie Nomchong SC. She submitted there was a possibility of “some sort of prejudice” and “social media trolling” if the names of the defence personnel involved were made public.

There was no suggestion that a security risk existed. Ms Nomchong applied for names to be anonymised in transcripts, arguing that no benefit was served by releasing the information to the public.

Ms Nomchong told the court that legal representatives for other parties involved in the inquiry including the ACT, the Commonwealth and a group of NSW residents impacted by the fire had been contacted to obtain their consent.

The enquiry will explore the circumstances of the operation undertaken by the Australian Defence Force, ACT Emergency Services Agency and ACT Parks and Conservation Services on 27 January 2020. It will not cover the adjacent Clear Range fire on the NSW side of the border, which is covered by the NSW Bushfire Inquiry.

It will also look at the arrangements between those organisations regarding roles and communications and the actions of personnel aboard the Army helicopter that same day.

In other reports there were suggestions that non-defence service passengers were on the helicopter and they were prevented from making calls to emergency services by defence communication protocols.