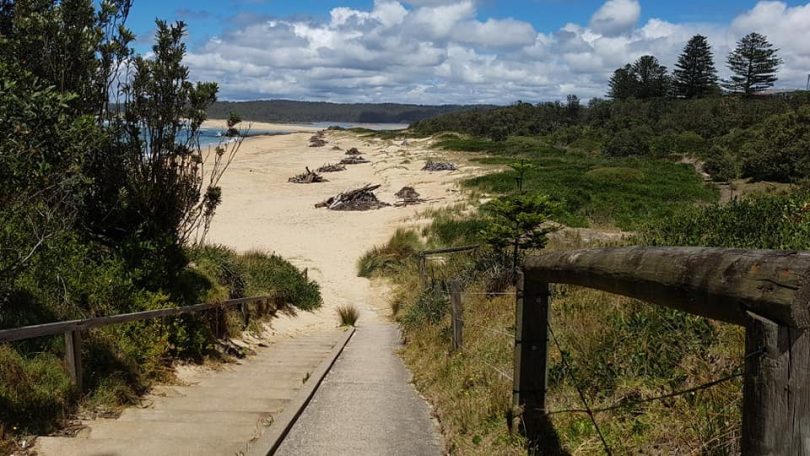 Chief Minister Andrew Barr said he’s not anticipating changed restrictions in the lead up to Christmas and the summer holidays. Photo: Sue Hutcheson.

UPDATED 11 am: The ACT has recorded six new cases of COVID-19 in the 24 hours to 8 pm last night, as Chief Minister Andrew Barr says he’s not anticipating any changes to restrictions in the lead-up to Christmas.

With the new cases, there are now 73 active cases in the Territory. To 8 pm last night, there were 1393 negative test results recorded.

Of the Territory’s 12-plus population, 98.2 per cent is now fully vaccinated.

There are a total of five active and cleared cases in ACT hospitals as of 8 pm yesterday, including two in intensive care and none on a ventilator.

National Cabinet began their meeting this morning at 10 am. It’s expected to draw to a close by the early afternoon.

Mr Barr said he anticipates that if nothing dramatic comes out of the meeting, Canberra’s public health settings will remain as they are for Christmas and the summer break.

“But if we get additional information that reflects a more serious series of concerns coming out of epidemiologists and our health professionals, then we would adjust settings accordingly,” he said.

The Chief Minister is also keen to see more Canberrans receive their booster shot before winter 2022 sets in.

“I’m very confident that Canberrans will embrace a booster dose with the same passion that they have the primary vaccination course,” Mr Barr told ABC radio this morning.

Today in NSW, there are 516 new cases and no deaths.

There are 158 people in hospitals across the state with the virus and 24 in ICU.

NSW Health said 94.7 per cent of the 16-plus population has received their first dose, and 93 per cent has had two doses.

In Victoria, there are 1206 new cases and two deaths.

There are 313 Victorians hospitalised with COVID-19, and 92 per cent of the state’s eligible population (12 and over) is fully vaccinated.

Across the entire state, there are 11,145 active cases of the virus. 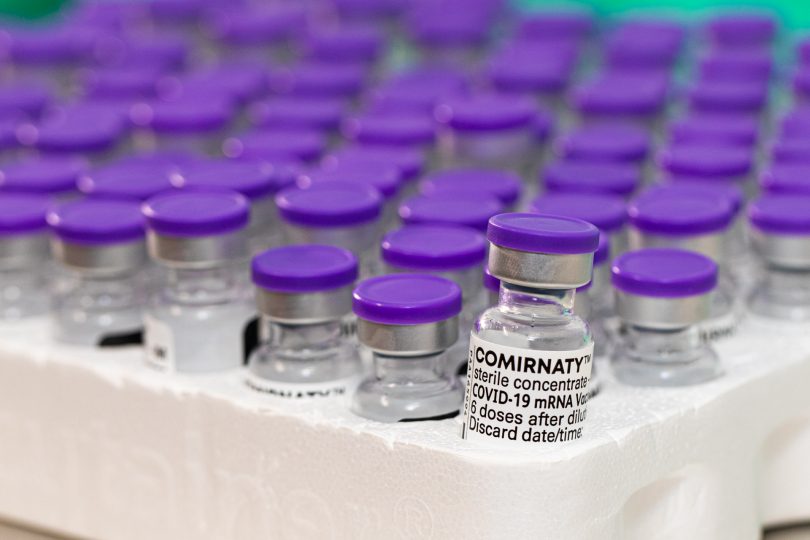 Children aged 5 to 11 years will be able to receive the vaccine from January 2022. Photo: Michelle Kroll.

9:30 am: As anticipated, Australia’s COVID-19 vaccination program will be opened to children aged 5 to 11 from 10 January next year. Bookings are expected to open in the coming weeks.

At this stage, children will be given a third of the dosage of the Pfizer vaccine given to the 12-plus population.

According to a statement released by the Prime Minister’s Office, the next steps will include childhood-specific vaccination training for healthcare providers, as well as batch testing of doses by the TGA.

Prime Minister Scott Morrison said the news would be welcomed by millions of families across the country who want the opportunity for their children to be vaccinated.

“Vaccinating our kids is the next step in our National Plan, which has continually provided us with a safe, step-by-step pathway to keeping Australians safe throughout the pandemic,” he said.

ATAGI, after reviewing clinical data from Canada, recommended an eight-week interval between the two doses, which can be shortened to three weeks in exceptional circumstances such as outbreak settings. The vaccines will be available at GPs, Aboriginal Health Services, community pharmacies, and state and territory clinics.

The TGA and ATAGI are also assessing the Moderna vaccine for children aged 6 to 11 years of age. Advice is expected over the coming weeks.

ACT Minister for Health Rachel Stephen-Smith said she will be able to announce next week when bookings will open locally.

Ms Stephen-Smith told ABC Radio this morning that there were some plans to rejig the system so that bookings for multiple children could be taken at once, and that parents or carers eligible for their booster shot could get it at the same time.

“We’re just working out how that system will operate,” Ms Stephen-Smith said. “There will be lots of options for families.”

Meanwhile, another Canberran school has been listed as a COVID-19 exposure site. A person potentially infectious with the disease attended Calwell Primary School on Monday, 6 December, and Tuesday, 7 December.

The school is not closed, and at this stage is not known if the person who attended the school was infected with the Omicron or the Delta variant.

It’s the latest in a long list of schools impacted by COVID-19 since all students returned to on-campus learning. 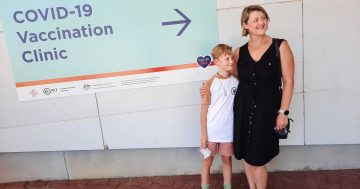