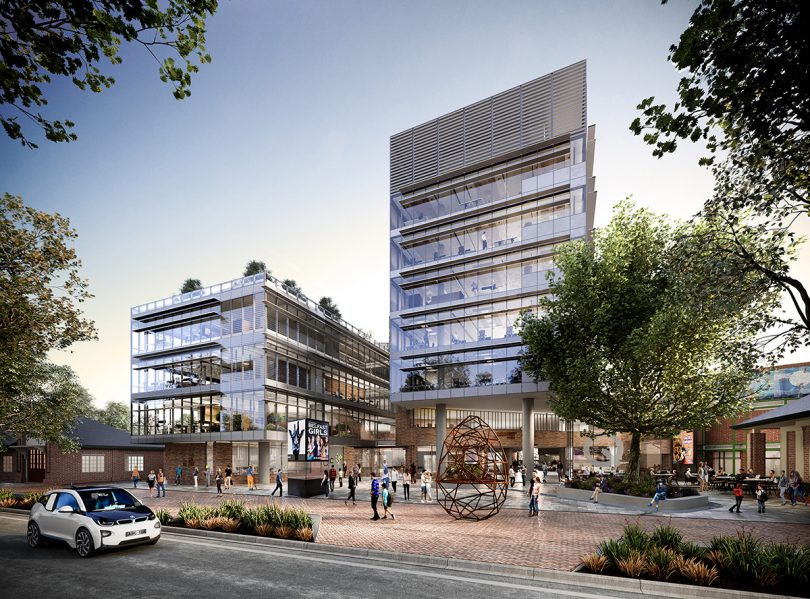 The public has just one more week to comment on the Queanbeyan Civic and Cultural Precinct development application which will reshape the face of Queanbeyan.

The DA is on notification until 17 March with work expected to begin in the second half of this year. The precinct will be located on the site of the former Council administration building at 257 Crawford Street and extend to the Lowe Car Park.

Queanbeyan-Palerang Regional Council CEO Peter Tegart told Region Media the DA for the Civic and Cultural Precinct is the catalyst for the future shape of Queanbeyan and feeds into the 2017 CBD Transformation Strategy and last year’s Spatial Masterplan.

“We are looking to refresh and revitalise the CBD and its economy to demonstrate confidence in Queanbeyan and the town centre, as well as reshape perceptions about Queanbeyan.

“The ambition of the Masterplan is to have more residents and more workers in the CBD,” he said.

Mr Tegart said Council is also on schedule to have its 200 staff members vacate 11 separate buildings and be re-housed in one new building in Crawford Street within a two-year timeframe.

“That, in turn, will activate pedestrian movement through shops, cafes and retail centres.”

The transformation of the town’s central business district is the Council’s most significant project and hopes to realise its dreams of becoming a cultural and economic hub after years of poor economic and retail activity.

Queanbeyan-Palerang Mayor Tim Overall has previously said the Queanbeyan CBD lacked investment, but that there was no need to increase rates to fund the project as the $74 million precinct will be funded by a combination of low-interest debt, asset sales, grants and developer contributions.

The Civic and Cultural Precinct will also free up a number of Council-owned properties for potential redevelopment that will allow Queanbeyan to maintain its focus on its community spaces such as The Q and breakout spaces attached to the Bicentennial Hall.

Mr Tegart said initial plans for the development had been put on hold following the merger of the Queanbeyan and Palerang shires in 2016. The new Precinct will include a head office for Council staff, the library, as well as commercial-lettable space and space for NSW Government offices.

This has allowed planners to get the town’s aesthetics in place, which will maintain Queanbeyan’s heritage aspects and identity of offering country living with city benefits.

Mr Tegart said a number of buildings are listed as heritage and any redevelopment of those buildings will require attention to their original look and feel.

“Sadly, we had an appetite for development in the 1970s and 80s that saw buildings like the banks of Westpac and NAB, which are great buildings, but they wouldn’t be classified as heritage,” Mr Tegart said, acknowledging the passion Queanbeyan residents have for the town.

“It’s almost a badge of honour to reside here and we don’t want to diminish that in any way.

“We will always be different to Canberra in that the whole town centre of Queanbeyan will be very walkable and will have those big corridors that connect our green spaces such as the showground, and Queanbeyan’s parks to the river.” 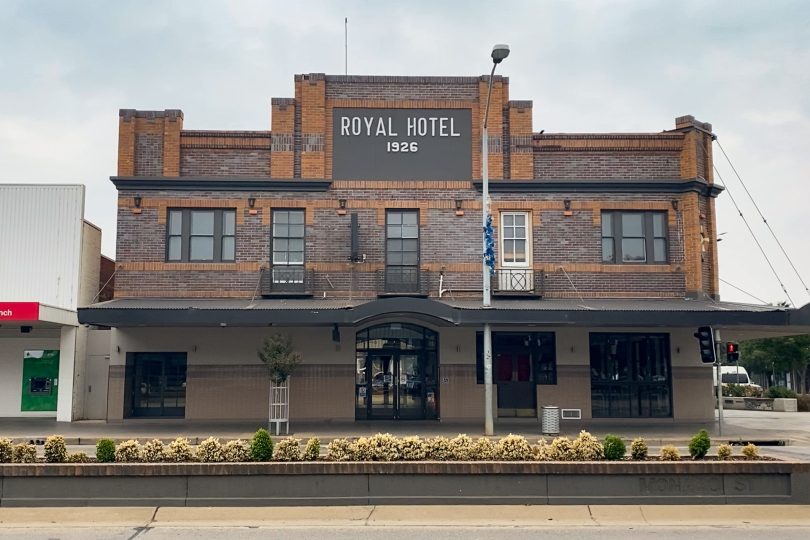 Queanbeyan’s Royal Hotel in the main street is one example of the town’s heritage aspect. Photo: Region Media.

“So from a street scale, you’re not going to feel pinned in, a bit like you do in Canberra where there are six and seven-story buildings right in front of you,” he said.

The development application will be independently determined by the Southern Joint Regional Planning Panel, which will allow for any conditions that may be imposed from the development approval.

Council will also be seeking tenders for the detailed design of the Civic and Cultural Precinct. These include tender documents for architectural and interior design, building services engineering, and civil and structural engineering.

Subject to approval, Council will then seek expressions of interest later in the year for the construction of the Civic and Cultural Precinct.

The development application and related documents are publicly available on the Council’s website and also at Council’s Queanbeyan customer service centre.

Sounds nice, but I wouldn’t want to be in the building on the right in the event of an earth tremor, or worse……

Yet again QBN succeeds where the ACT proves useless. Well-conceived, well implemented, no hints of corruption, no community outrage…

Can we pleeeeeezzzze have Tim Overall for Chief Minister?

That looks and sounds great. Shame on you Canberra planners for repeating mistakes in delivering the same boring stuff. Go across the border and get inspired.

Pari Gilmour - 25 minutes ago
Hvcvlt Lukey Do you even know what Agenda 21 means? China btw has 94,000 cases total. They test regularly and consistently an... View
paulmuster - 32 minutes ago
Get your vaccine ASAP, enjoy your 2 hours exercise a day, stay away from the moronic conspiracy theorists online (some of who... View
chewy14 - 42 minutes ago
Yes, it seemed like those horrible journalists from "the hill" actually asked some necessary and difficult questions to hold... View
News 26

Sue Thurley - 25 minutes ago
Love driving up the Hume thru the Cullerin range. They are awesome... View
News 1

Tom Worthington - 43 minutes ago
Vocational institutions also provide a way to get a qualification with a minimum of study. The staff at CIT helped me documen... View
News 44

astro2 - 48 minutes ago
Hi Chewy, a few things need clarifying here; I'll try to be brief as I think this topic has gone 'off track' from the origina... View
chewy14 - 3 hours ago
Astro, That's a gross misrepresentation. "Current R4 doesn’t have this." How exactly will those redirects benefit? The ligh... View
News 2