David Finnigan with you don’t have to be rich

Arguably the best thing to come out of Canberra David Finnigan has graced the Rizal Fountain Raps and it’s worth looking at:

The fourth series of The Rizal Fountain Raps sees Too Many Weapons (or David Finnigan, Georgie McAuley, Jordan Prosser & Sam Burns-Warr) return to the creativity-breeding grounds of Penrith in NSW to perform a series of spoken word pieces and monologues, in what can only be known as The Penrith X Edition. The gang were at the Joan Sutherland Performing Arts Centre to perform their award-winning show Kids Killing Kids, but were far more interested in talking earnestly into a camera for five to eight minutes. Enjoy! 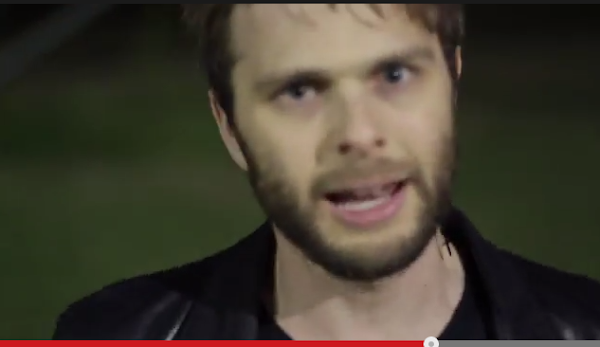 bless you johnboy! your $35 will be in an envelope taped behind the cistern in the Jolimont Centre toilets as per usual

Matthew Johnson - 6 minutes ago
Natasha Van Oudheusden i think we read into this article differently. The way i’m reading it, if the landlord breaks the re... View
Robyn Baer - 21 minutes ago
Hopefully the wording is written better than their previous amendments. View
M.J. Leonard - 24 minutes ago
I highly recommend being an ex-landlord. View
Community 13

Graham Cox - 16 minutes ago
How are we taking these people in when we barely have housing for our current population? Why are non Australians given prior... View
Debora Gyllien - 49 minutes ago
and yet some of us who have been living here for decades and searching for support have found none. View
Perry Alopex - 3 hours ago
Nice! I can only imagine that trying to settle in Canberra would be pretty rough. It's got one of the highest costs for livin... View
Property 7

Mike of Canberra - 4 hours ago
John, I live in a street that is predominantly public/social housing and, frankly, it has been a blight on my life for many,... View
John Ryan - 5 hours ago
How do I join the Ainslie Residents' Assocation? I'm an Ainslie homeowner and I'm devastated at this outcome. It doesn't repr... View
John Ryan - 5 hours ago
My house is in Ainslie and I agree completely with HSewell. Disappointed that the so-called "Ainslie Residents' Association"... View
Property 32

A pair of alpacas has been brought into the Belgian Embassy in Canberra after foxes killed the ambassador's beloved pet...
Opinion 28

The Chandler is everything you want and nothing you don’t

@The_RiotACT @The_RiotACT
Barb Shannon, from #Bookham, near Yass, may have made hundreds of unique, embroidered heirloom #blankets during the past 50 years, but each one is #special to her and she hopes they will all be loved for life https://t.co/9rxXUtE0yH (28 minutes ago)