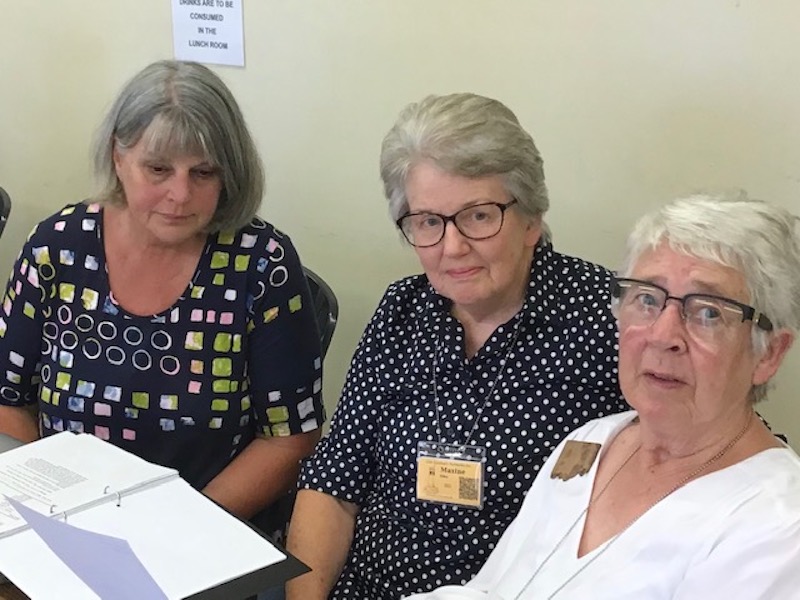 Former speech pathologist Daphne Penalver makes a good investigator. So does Maxine Elder, a retired maths teacher who loves detective work. Their group in Goulburn uncovers surprises so close to home that sometimes they think twice about informing their own families. Using DNA, digging into old records and going online, their curiosity, patience and dogged persistence unravels long-hidden secrets.

The women belong to Family History Forum, which began after Daphne ran introductory courses for the University of the Third Age in the Southern Highlands and Goulburn. She believes an interest in genealogy is in her genes. She found some information about her great, great grandmother, Sarah, in a PhD thesis on young women who were sent to NSW by the London Emigration Committee, but not the all-important ‘when’, ‘why’ and ‘what’ Sarah did to support herself.

Later, scouring newspapers revealed Sarah had placed an advertisement in a Hobart newspaper seeking work as a dressmaker.

“On a different family line, I was tracing post office records at the National Archives of Australia,” says Daphne. “I expected to find my great, great grandfather listed as the postmaster on the goldfields of NSW, but it was his wife who held the position.”

Looking for a project when she retired, family history appealed to Maxine.

“As you start to find out things and learn how to find out more things, those processes become very interesting,” she says.

Maxine’s grandparents emigrated from Kilwinning, a town in North Ayrshire, Scotland, to Australia, travelling via Canada, where her father was born in 1912. Subsequent research revealed a second cousin and his wife still living in Kilwinning. She has met up with them several times.

“Having always said that my families – maternal and paternal – were the most boring on the planet, I did a DNA test which resulted in the discovery of an illegitimate first cousin,” says Maxine. “The result of this, after much thought about how to share such knowledge and with who, is that a link was established between my legitimate first cousin and the half-sister he knew nothing about, and it has given some closure to an elderly lady who had never known who her birth father was.”

One of the Family History Forum members started researching from scratch perhaps two generations of ancestors. Soon she and the group were amazed to find she qualified as a member of the Fellowship of First Fleeters. She has now located 11 convict ancestors. 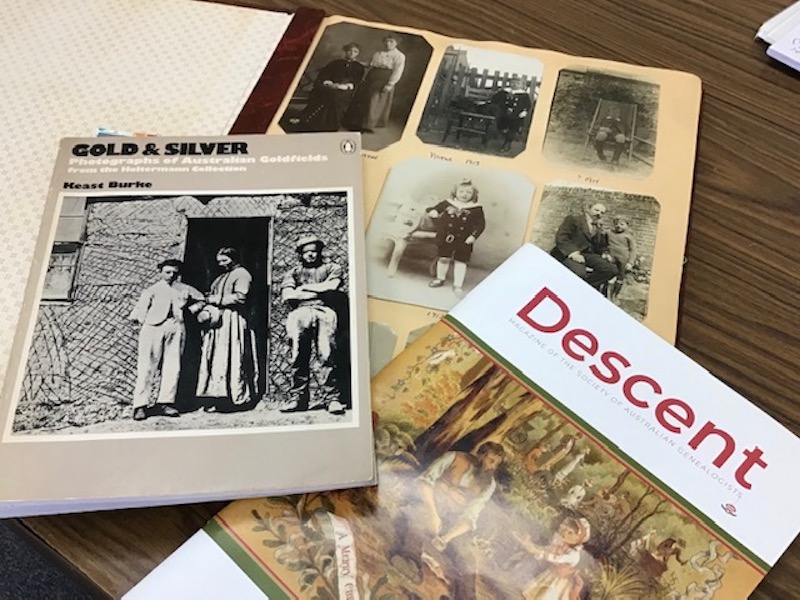 “I think we all derive a great deal of pleasure in each and every success, large or small, as every discovery opens more doors to the worlds our ancestors inhabited,” says Maxine.

The television series Who Do You Think You Are? sparked a surge of interest in family history at a time when internet search engines were becoming user friendly, and more households were investing in computers.

Researching family history can draw a blank result, much like striking a brick wall. The Family History Forum pools ideas and shares research sites to find a way ahead.

Maxine says it can be frustrating for experienced researchers when someone wants to jump straight into a period of history for an instant answer.

“An exaggerated example: ‘I just want to know whether my great, great grandfather was an earl of the realm as we’ve always thought’,” she says. “This can usually only be done by carefully working back through each generation to that person, learning about the family along the way, and that requires a lot of patience.”

The best place for new researchers to start is with what they best know about their own families and work back. First, find as much information as possible about ancestors in Australia. This means asking family members what they might know of the family’s history, or the location of family documents such as certificates, diaries, notes, photographs and family bible.

Not all ‘family stories’ are true, but usually there is a grain of truth – with an unexpected outcome.

Doing the family tree is fun and games until it isn’t. Take it from someone who comes from a family with huge cupboards, with many generations of skeletons who party together there, laughing at our ignorance at what they use to get up to…. this is not something you should go into lightly.