Mobil Yass has apologised to the affected drivers for the error. Photo: ExxonMobil website.

At least 23 people are seeking compensation from ExxonMobil following a fuel error at its service station in Yass during the Anzac Day weekend.

Drivers were shocked to find their cars wouldn’t start after refuelling from the unleaded 91 petrol pump, which was incorrectly dispensing diesel.

The error was made by the fuel delivery driver, according to a statement from Mobil Yass.

“We apologise for the inconvenience some of you may have experienced over the weekend at Mobil Yass,” the statement read.

“We can confirm there was a driver error upon delivery, and it’s currently being investigated.

“All tanks have been checked, pumped out and quality fuels are now back in the tanks, with no signs of contamination.”

“If your vehicle has been affected during this time, please come and see our friendly staff at Mobil Yass with your proof of purchase and mechanic reports, and we will discuss further with you,” the statement read.

Jaymie Grant was one of the first people to notice an issue after breaking down on the main street of Yass at around 4:00 pm on Friday.

“I was lucky. My partner was with me at the time and he suspected it was contaminated fuel. We drained the fuel tank out almost immediately,” Ms Grant said.

READ ALSO Chris, the sheep with the heaviest fleece, lives on at the National Museum of Australia

Her car was back on the road after two days and she is only seeking $63 in compensation for the tank of fuel she purchased.

However, others haven’t been so lucky, with their cars ending up at a mechanic.

Drivers reported noticing smoke from their exhaust, their car shaking before stopping or their car not starting.

“We filled up there yesterday about 12:30 pm with 91. The car started shaking, then stopped running altogether,” one affected driver said on Saturday.

Another said, “When I tried to restart my car, it would only run for about two seconds and then stopped, with a big puff of smoke out the exhaust”.

Some affected drivers said they were impressed with Mobil’s response to the error and will continue to support the business.

That’s a lot of destroyed engines. People will be seeking hundreds of thousands.

Most likely its a fuel system clean out, a few hundred bucks worth of damage. going the other way, petrol in a diesel, that breaks engines and melts injectors, very expensive.

Scott Abela Today many engines cannot tolerate receiving even the wrong grade let alone the wrong type of fuel. Many engines today are interference, direct injected, expensive fuel vapour systems etc. which would require more than a system clean out. 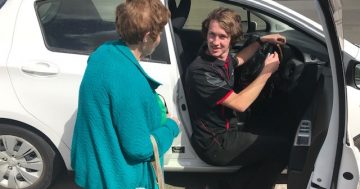