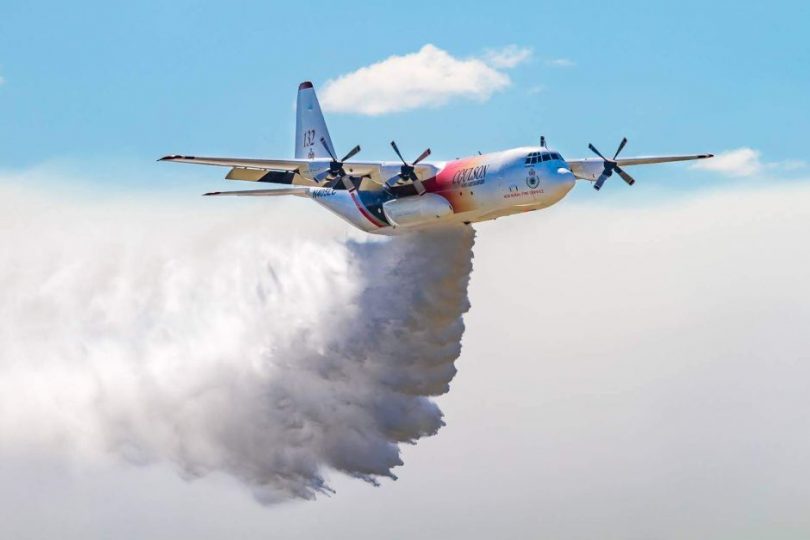 UPDATE 5:20 pm The Australian Defence Force is helping locate the wreckage of the Lockheed C-130 Hercules firefighting air tanker that crashed this afternoon claiming the three lives of its American crew.

NSW RFS Commissioner Shane Fitzsimmons said the plane had deployed from the Richmond RAAF base with a load of fire retardant.

It was headed for the Good Good fire ground north-east of Cooma.

The aircraft was contracted through American aerial firefighting company Coulson Aviation. They have grounded their fleet as a precaution and mark of respect.

NSW RFS Commissioner Shane Fitzsimmons said all three occupants were US citizens. Police and the ATSB are investigating the crash and undertaking recovery operations.

It was earlier reported that the aircraft, a Lockheed EC-130 Hercules, registration N134CG, was carrying out a search on the Good Good fire ground north-east of Cooma. 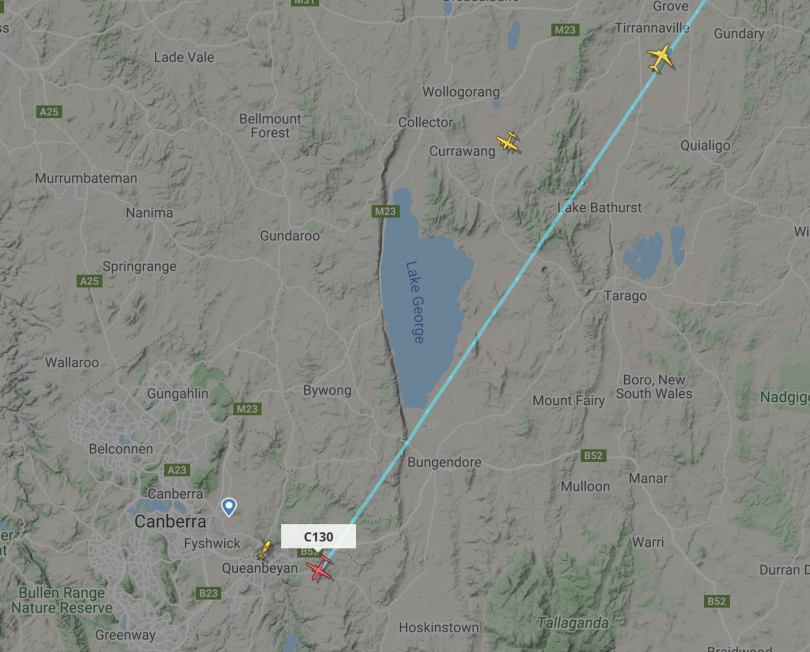 “Local ground crews indicate the aircraft may have crashed,” the RFS said. “A number of helicopters are in the area carrying out a search.”

“No further information is available at this time.”

There are reports the aircraft, a Lockheed EC-130 Hercules, registration N134CG from RAAF Base Richmond was carrying out a search on the Good Good fire ground north-east of Cooma.It is believed there were three people on board.

There is an emergency warning in place for a blaze burning towards Adaminaby in the Snowy Monaro region.

The NSW Rural Fire Service is investigating reports of a serious incident involving an aircraft in southern NSW this afternoon.
Contact was lost with a Large Air Tanker which was working in the Snowy Monaro area. #nswrfs #nswfires pic.twitter.com/i6u1mlZsZ0

It’s so sad to hear of more lives lost especially when they were here on a mission to help us tackle the bush fire crisis. Such a tragedy. It’s time they ditch the old methods of simply containing the fires and come up with new methods to extinguish the fires from the start once and for all! It’s terrible. Australia will forever be grateful and in debt for the sacrifice you have made procuring our land. Our deepest condolences goes out to your families overseas. Our thoughts and prayers are with you. Thank you and may all of you Rest In Peace.

Condolences to the families

Deepest sympathy to families of the 3 American crew who lost their lives today . No words will ever be enough to replace your Husbands, Fathers and Sons but our gratitude for their heroic efforts in supporting Australia will never be forgotten

Heartbreaking. Deepest sympathy to their families and friends.

So sad for their families. They were here to help us.

My heart goes out to all their family and friends 💔

Tragic 😥, ALL HEROES ❤, condolences to their families

It’s too much. 💔 those immediately affected I’m so so sorry

Oh so sad when they were doing their job.

Simon Wheaton - 54 minutes ago
Frank Curran small builders can work. Residential builders can have 5 workers and 1 supervisor on site. View
Susanne Levy - 2 hours ago
Peter Kenworthy rather abusive View
Susanne Levy - 2 hours ago
Hugh Munro our medical treatments and medications are none of anyones business. It is not mandatory . View
Food & Wine 14

MERC600 - 8 hours ago
Tis a sad thing. Have wandered in at various times over the last 30 odd years, and will miss the tav and Jenny and Gumby. Sti... View
John Coleman - 9 hours ago
Alicia Conley as long as your protest doesn’t delay my McNuggets order thanks View
Opinion 106

Dan Adams - 9 hours ago
Sign and share the petition to return the limits back to 60km. https://chng.it/chvTLkD8bc View
News 198

Dan Adams - 9 hours ago
Sign and share the petition to return the limits back to 60km. https://chng.it/chvTLkD8bc View
Community 23

bj_ACT - 9 hours ago
The Xpresso buses used to get people from Tuggeranong suburbs like Kambah and Wanniassa or Calwell and Richardson into Civic... View
News 24

@The_RiotACT @The_RiotACT
When it comes to collecting, we reckon there are few wiser than Canberra's Angela Plant. After all, she collects owls - a group of which is called a Parliament - such is their perceived cleverness (or the name's ironic) https://t.co/Bv0XLJgpNL (6 hours ago)

@The_RiotACT @The_RiotACT
The winners have been announced for a Father's Day scarecrow competition, with more than 600 votes cast on 51 colourful and creative entries. Take a browse through some of the entries https://t.co/BSQd7MWk8A (7 hours ago)