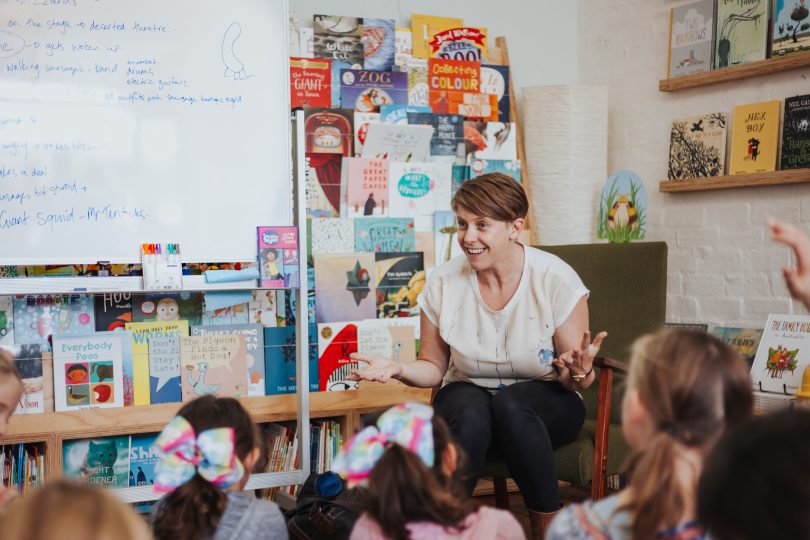 “No pressure,” author Ailsa Wild says cheerfully over the phone, “but you do know me better than anyone who has ever written about me so I have high expectations.”

Ailsa and I grew up together on an idyllic property near Candelo with goats and a creek and although she is five years older than me, I know why it is that she can write so well from a child’s perspective – we had a childhood together and it was a damn good one.

Drawing on the hours she spent dangling from the low branches of the apple tree, scrambling over boulders and hauling herself up to the loft bed, in 2016 Ailsa brought us Squishy Taylor, a young, urban heroine who is in constant motion, as children often are.

Having a strong female lead was always a priority for Ailsa and her publishers, Hardie Grant. And with her new series, The Naughtiest Pixie, Ailsa credits US President Donald Trump for the creation of a character, Jenifry, who is willful, disobedient and female.

“When Trump made his ‘nasty woman’ comment about Hilary Clinton during the US presidential debate, it made me think about how female characters are not allowed to be as naughty as male characters. If they are naughty, we don’t like them.” 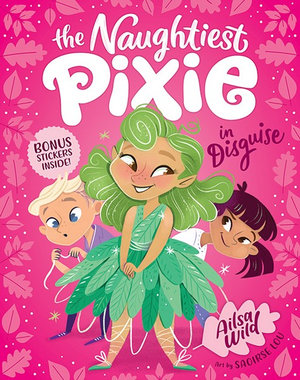 Taking delight in experiencing the world around her, The Naughtiest Pixie is naughty and likeable in equal parts. Illustrations by Saoirse Lou. Photo: Supplied.

In a similar age bracket, the popular Treehouse series by Andy Griffiths and Terry Denton is packed with rude, crazy and rule-breaking male characters and Ailsa wanted to see if she could bring some of that to a female lead.

“To be honest, Jenifry is not as naughty as Andy and Terry’s characters but she is naughty and she’s naughty just for the fun of it. She’s greedy and loves sugar and cream and licking the butter in secret and she doesn’t care when people tell her not to.”

In The Naughtiest Pixie In Disguise, Jenifry decides to sneak into a human school to learn more about humans, although she is a little scared of them.

Ailsa and her family moved to Australia from England when she was in kindergarten and it’s memories of her first weeks in an Aussie primary school which inform Jenifry’s experience as an outsider.

“I remember the teacher giving us a piece of paper and asking us to draw diagonal lines to connect the pictures but what I heard in this unfamiliar Australian accent was draw a lion,” Ailsa recalls. “She kept saying it over and over and I wasn’t sure if I could draw a lion.”

While Ailsa kept quiet at school, Jenifry the pixie is “irrepressible,” a fact which made writing her storylines tricky at times.

“With fiction writing, your characters need to have problems and while Jenifry fails all the time, the thing is that she doesn’t care so I had to find things that she does care about.”

A friendship with a human boy fashionista and a passion for playing tips become part of Jenifry’s magical life and with three more confirmed books in the series, who knows where she will go next?

While I admit to a personal bias, I know the kids in your life will love reading my friend’s books or better still – you reading to them.

I have fond memories of a small Ailsa chewing on her blond pigtails and making a puppet show for a cardboard box stage, its all part of why her writing is so fun to read aloud to kids who always ask – “Just one more chapter? please?”

I hope I did you justice Ailsa! 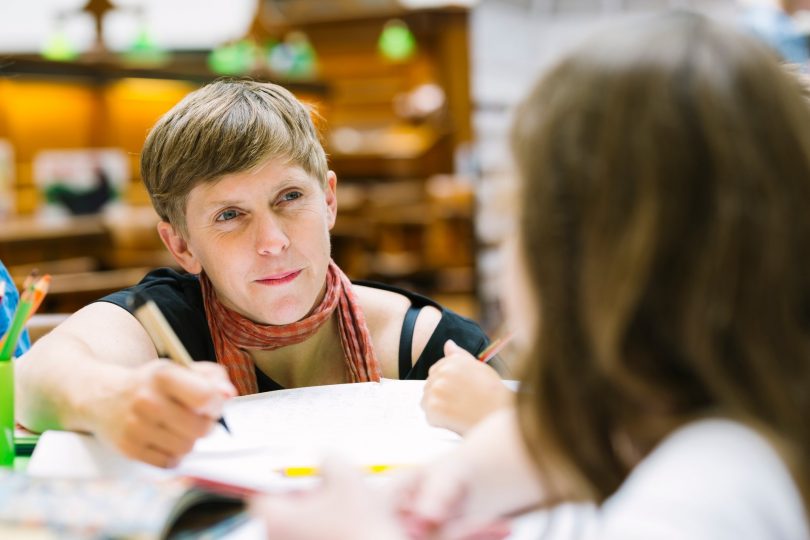 As well as writing herself, Ailsa teachers Writing for Children with the Writers Victoria program. Photo: Lakshal Perera.

The Naughtiest Pixie In Disguise, by Ailsa Wild with illustrations by Saoirse Lou, published by Hardie Grant, is out now.