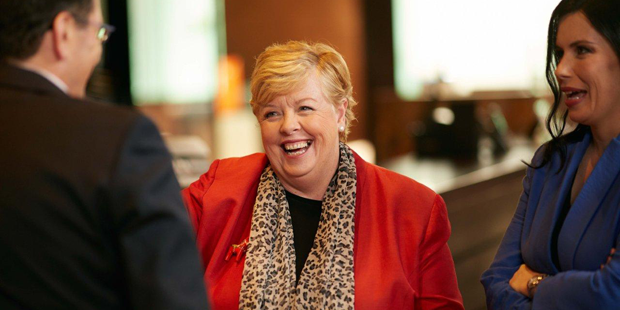 Christine Nixon, the first female Chief Commissioner of Police in Australia, will lead the new Oversight Committee to address shortcomings at the Alexander Maconochie Centre (AMC) and Court Transport Unit.

Corrections Minister Mick Gentleman announced the Committee in December in response to reports that identified issues across the prison sector, including a lack of staff training, vehicles with safety risks that were unfit for purpose, and inadequate accommodation for women prisoners.

The Committee will consist of representatives from Official Visitors, the Human Rights Commission, Aboriginal and Torres Strait Islander Peoples, the public sector union, the AMC, ACT Corrective Services and the Justice and Community Safety Directorate.

Ms Nixon said the Committee will target issues around logistics and culture in the AMC but will determine what the priorities will be once the group meets in the upcoming weeks.

“There are some issues around rostering – any organisation that has a shiftwork structure has those issues that they need to deal with,” she said.

“The culture and how safe it is and how safe do staff, visitors and the people in custody feel, there is a range of things to look at and work our way through.”

The 12-month Committee will oversee the implementation of the AMC Healthy Prison Review and reports from the ACT Inspector of Correctional Services.

Ms Nixon said she had read through the reports and will work with management at the AMC to implement change across the system as soon as the Committee sits.

“When I take these things on, it is because I think I have skillsets that are useful and that I am able to make a difference, so that is what I am hoping to do,” she said.

Long-term performance indicators will also be set up so the Minister can ensure compliance once the Committee is disbanded.

How many committees and inquiries does there have to be before anything constructive is done at the AMC?

From what has been posted on RiotACT in the past, and my recent experience of meeting some guards who work at the AMC, a broom needs to go through the place.

I have no doubt that Ms Nixon intentions are good but I think her investigations will be hamstrung by the department.