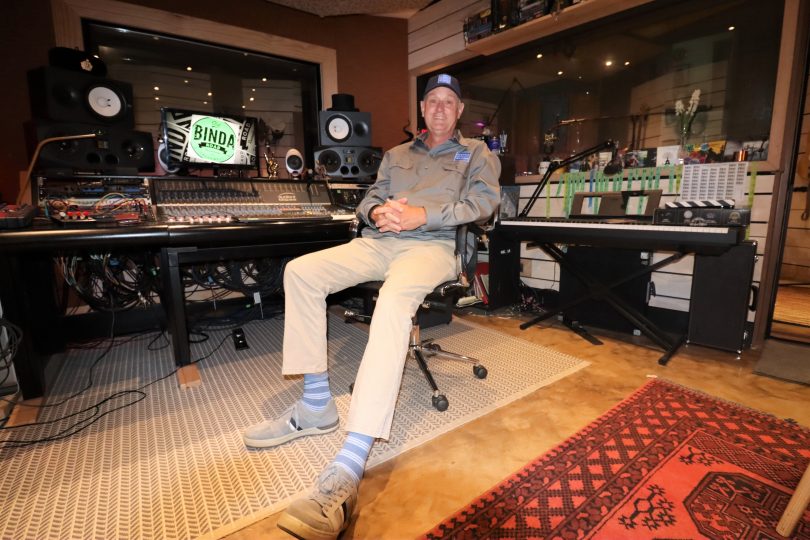 Down a little dirt track, just outside of Crookwell, in regional NSW, is the Old Binda Road Recording Studio.

Owner, producer and composer Stephen Lindsay, from Oceanic Records, has worked at the famous Abbey Road Studios in London, and with contestants from The Voice.

Now he’s recording music with local artists such as Mariah Keramianaki – aka Mariah K – who are nervous to approach the big recording studios or travel to the city.

“I don’t think I would have ever had the confidence to approach a studio anywhere else,” says Mariah. “I was worried about how I’d get to a big studio in Canberra or Sydney.”

Surrounded by nothing but peaceful farmland, and occasionally interrupted by a visit from Stephen’s two delightful dogs, the Old Binda Road Recording Studio is the perfect location for artists to escape the city, eliminate distractions and get into a creative mindset.

“Making music is a creative process so it’s important to get into a space where you can stay for a week or weekend, walk around and talk to the sheep,” says Stephen. “It’s a good place to relax.

“I also offer rates that are probably half the price of a studio in Sydney because I don’t have a big mortgage to cover.”

The studio was designed by John Sayers Productions, which specialises in recording studio design, and built from materials that were being thrown away by the ABC and famous music producer Doug Mulray. 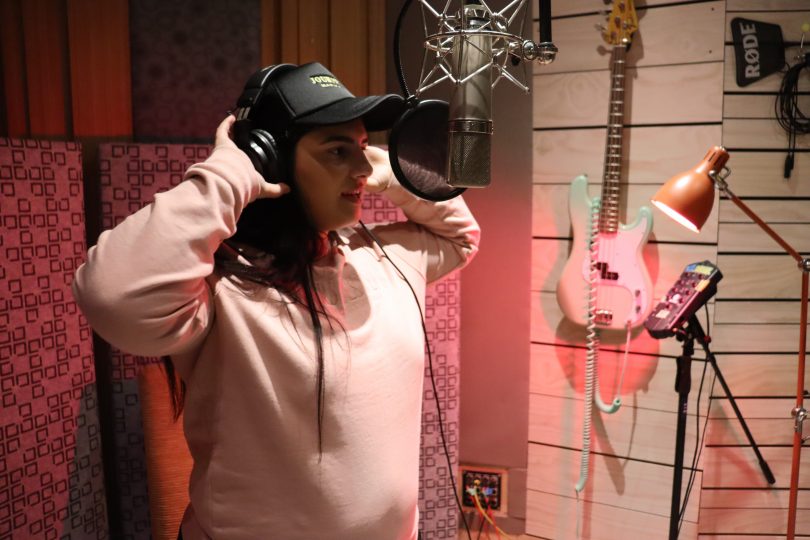 “That window came out of ABC’s studio in Burwood, Victoria, as did these big magnetic-sealed doors,” says Stephen, looking around his studio. “All the insulation in the walls came out of the Basement recording studios in Circular Quay [in Sydney].”

The two large windows opposite Stephen’s desk – which has more buttons than the average person would know what to do with – peer into two adjoining rooms where artists stand behind microphones.

“I’m mindful of the fact people can put home studios in their bedroom with a laptop and couple of speakers, but none of them will spend $20,000 to $30,000 fitting it out so there’s been a lot of money spent here to entice people out of Bowral, Canberra and Sydney,” he says.

Stephen estimates one of the two windows he got for $160 would have originally cost the ABC $10,000.

The studio also has two bedrooms, a kitchen and a living room, and comes with a swimming pool and fireplace for artists staying for a week or weekend.

From the outside, the studio looks just like a garage, but inside it’s full of cosy cushions, memorabilia and knick-knacks.

It’s this home-away-from-home feeling that Stephen has achieved that’s made artists such as Mariah feel comfortable to record their music there.

“It’s daunting enough going into a recording studio and being put in front of a microphone so it’s important to do whatever you can to make people feel at home and relaxed,” says Stephen. 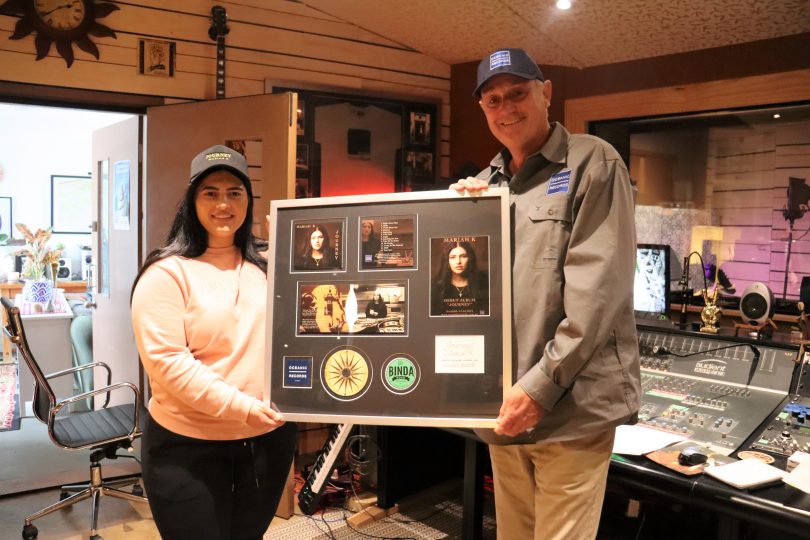 And it’s possible the Old Binda Road Recording Studio is the only one of its kind in southern NSW since Jimmy Barnes closed his White House studio in Bowral.

“I’ve got this regional area to myself,” says Stephen.

He doesn’t only record music, either. Audiobooks, poetry, podcasts and meditations have also been recorded inside Old Binda Road Recording Studio.

He’s been writing songs and performing in bands since school and started recording music when he purchased his first home in Sydney.

Stephen trained at one of the city’s first audio engineering schools, and now uses both analogue and digital recording equipment.

“The thing I enjoy the most is having someone such as Mariah come in with the bones of something and help them bring it to life,” he says.

“My role as a producer is to guide the artists and add instruments to the music.”

Stephen has a network of musicians, from a hornist in Washington, US, to a drummer in Finland. Together, he and Mariah even tracked down one of the world’s best bouzouki players for her song, Elada, which is about her family’s home country of Greece.

Mariah K’s debut album, Journey, officially launched on 17 April and is available to purchase from her family’s business, Paul’s Cafe, in Crookwell.