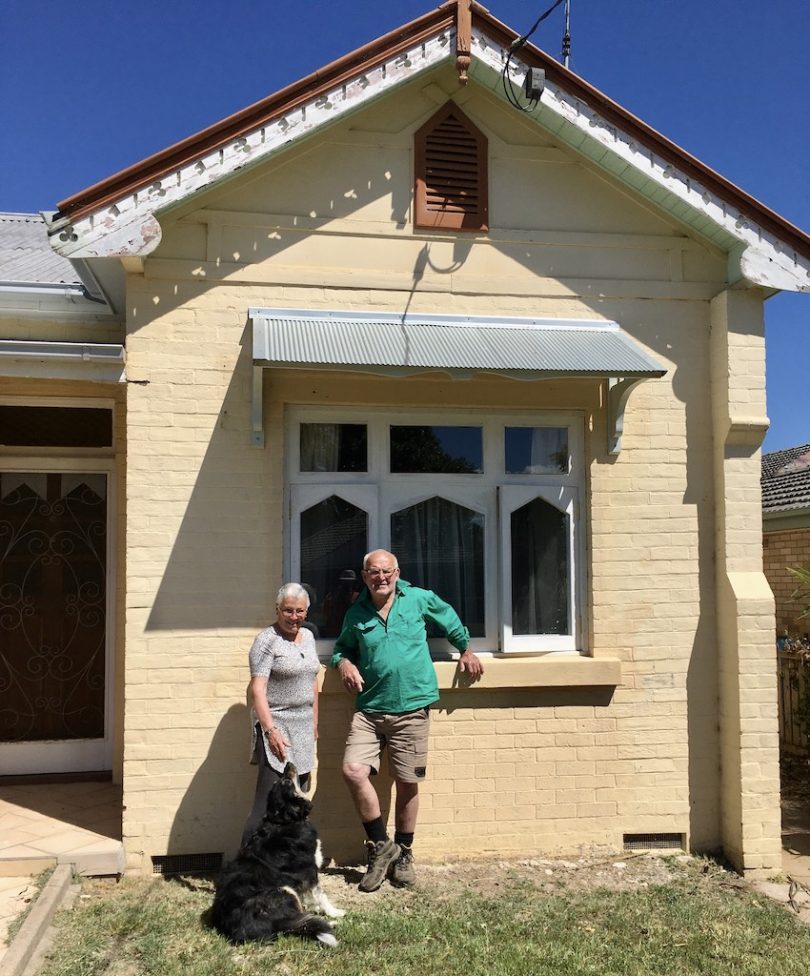 Don and Margaret McKay enjoy renovating older-style homes, investigating their history and returning them as much as possible to their original state.

But their latest project – a brick cottage with an iron roof in Argyle Street, Goulburn – surprised them with its past.

They bought ‘Tara’ in 2013 after noticing it was unlike other properties along the street. Waiting until clear of their commitments in the town of Taralga, they began work on the home in April 2021.

They soon discovered from their neighbours that ‘Tara’ was once a cottage for the farm manager of the Mary’s Mount Monastery. Local historians and researchers Daphne Penalver and Linda Cooper say Thomas Ryan commissioned EC Manfred, who designed the monastery, to also design the home.

One Sunday afternoon, long-serving Goulburn medico Dr Jack Micklethwaite traipsed down the McKay’s driveway to tell them four generations of his family had occupied the home.

Jack was born around the corner at Sister Guthrie’s midwifery practice in Belmore Street. He remembers as a boy that few homes were in the neighbourhood.

Billy cart races tore down from the top of Argyle Street. Four tennis courts were at the bottom of the hill, and one was next door, where a tennis clubhouse also stood.

“My grandfather, Stafford, moved to Goulburn to play cello, double bass, violin and the like in the silent theatres until the 1940s when ‘talkies’ arrived,” says Jack.

When Jack’s family arrived at ‘Tara’, he slept on the enclosed back verandah. His sister, Wilma, shared a room with their great-grandmother, Ellen Hayes, in a room papered over with Snow White and the Seven Dwarfs.

His father, Eric, a house painter and versatile tradesman built the large verandah at the rear, and relocated a laundry and toilet inside. He added a bedroom on the home’s northern side for himself and his wife, Edna.

After getting the power connected, he wired the house, including power points.

Jack played tennis next door and at Dr Peter Lyttle’s place across the road. There, he and Dr Lyttle’s son, Tom, began a lifelong friendship.

Jack says this association, and visiting Dr Ron Hoy next door, led him into his distinguished medical career (a separate story about his time at Goulburn Base Hospital will follow later).

A former manager of town planning with Goulburn City Council, Don is no stranger to heritage homes.

“I remember when I first came back to Goulburn in 1988 [council] could not give a heritage grant away,” he says. “We could not get anyone with an old house to do anything with it at all. But look at Goulburn now.

“Owners are not mucking around; they are intending to keep them in the style they were intended, and I think they are doing a fantastic job.” 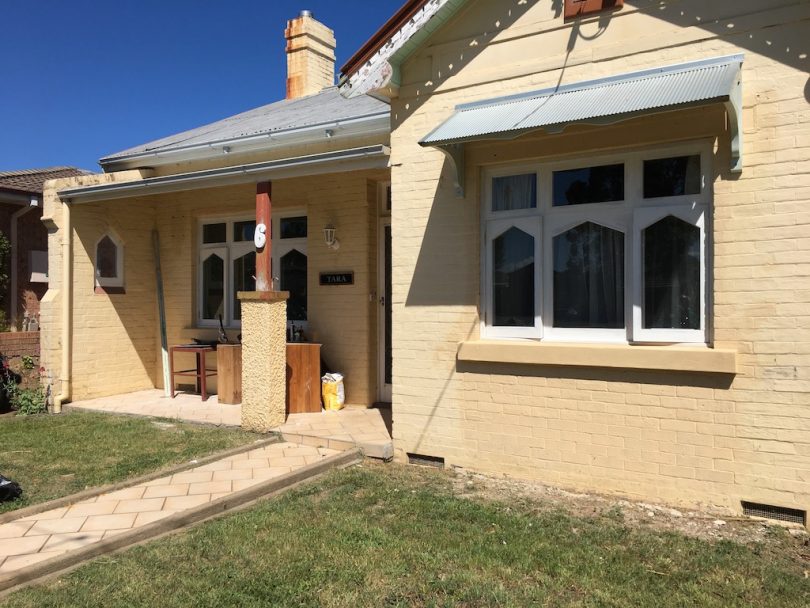 When renovations are complete, ‘Tara’ will have a verandah more in keeping with the home’s original one. Photo: Supplied.

Readers may remember Don spearheading the 1994 ‘Great Goulburn Giveaway’, which offered a home as first prize for a shop-local campaign.

More recently, while cycling one morning with retired builder Eddie Howard, Don mentioned he and Margaret had moved into ‘Tara’ and were looking at making a few changes to the place.

Don says: “We finished the ride about half-past eight and by 10 o’clock I had an interior decorator, Gyprocker, electrician, bricklayer, the whole team.”

The old windows came out and sheets of plywood were put up for eight weeks while new windows were being made. ‘Tara’ was boarded up like it had been hit with a bomb.

“Once we drew breath, we had to put on the brakes,” says Don. “Things were moving too fast.”

After ironing out a few issues, they have now installed their new windows, adopting a triangle on the top of each which they noticed on two of the original windows.

The front door will be similarly shaped, in keeping with the home and former monastery’s ecclesiastical-themed windows.

They are likely to put in a new bathroom and kitchen, and floor coverings will be lifted to expose butt-joined floorboards.

Outside, the garden will be landscaped, and an older-style wire fence with recessed gate will be erected, and more suitable tiles will cover the front verandah.

An exciting new chapter has begun for ‘Tara’, coinciding with resurgent interest in Goulburn’s amazing heritage.

Many lovely old homes in Goulburn. I enjoy the drive through Goulburn when travelling.