Government digs in over decision to put tenant services to tender 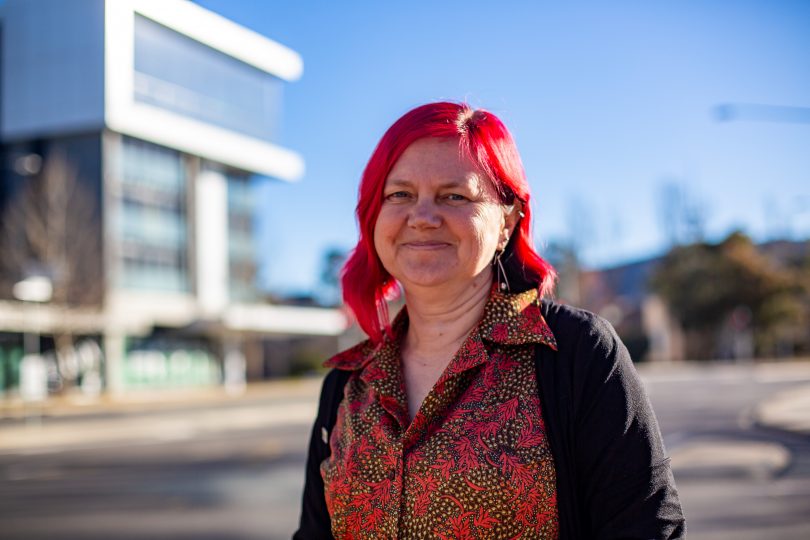 The ACT Government is under fire for its decision to put the Tenants Advisory Service (TAS) to an open tender despite admitting that the Tenants’ Union, which runs TAS, has been operating it well.

The Tenants’ Union provides assistance to renters in private residential, community housing properties and campus residences across the Territory by offering free tenancy advice, advocacy and referrals to “improve the status of tenants and represent the collective interests of tenants in law and policymaking”.

The government has defended its decision to put out the tender saying that the procurement process is to test the open market and was made with the best intentions.

Tenants’ Union executive officer Deborah Pippen says the organisation was blindsided by the decision, only finding out about the tender on 28 August in a meeting with the government.

Ms Pippin said she thought the meeting was about the fact that they had not signed a future funding agreement or received funds for July to December.

“There was no prior reference to any intention to go to tender, or any discussions about our funding agreement,” she said.

Speaking to Region Media, she said a standard review of the service in 2017/18 found no issues and no concerns were raised in last week’s Committee hearings.

“As the review of our service noted, in providing services regarding private tenancy law, the TU is unique and specialised,” she said. “It is regarded as the ‘go-to’ service across the community sector for anything to do with private tenancy matters.”

The Tenants Union says the decision threatens the independence of the organisation. In a statement, it says that while its service is highly valued by the ACT community, its current staff level of five employees has had to deal with a 140 per cent increase in the rental market over the last decade, which has eclipsed 143,000 people.

“Instead of working with us to meet the increasing needs of Canberra’s renters, the government is proposing to open up a race to the bottom. This tender process will potentially pit community services against each other, threaten service quality, and force down working conditions for employees,” the statement says.

ACT Greens Housing spokesperson Caroline Le Couteur says the government hasn’t given a compelling reason for its actions and has labelled the whole process a waste of time.

“We have a real concern about unnecessarily putting NGO services out to the open market. All it does is create a lot of uncertainty to the service providers and costs everybody a lot of money if a service has to spend a significant amount of resources justifying its own existence.

“We are concerned that this may be just what’s happening with the Tenants’ Union, and there does not seem to be a compelling reason for the government to be doing what it’s doing.”

Ms Le Couteur says her main concern lies with the staff and their ability to deliver services during a time of uncertainty.

“They are basically in the situation that they have to reapply to do their own job,” she said.

“[The government] has started this process and at the very least [we] want them to commit to finishing it on time, unlike so many other tender processes.”

Ms Le Couteur says she wants the government to commit to an early resolution of the process in which the Tenants’ Union is fairly considered, staff are looked after and there is no gap in operations.

The stoush between the Tenants’ Union and the government is happening against a backdrop of new tenancy laws having just taken effect on 1 November.

If the government wasn’t testing the market for a service provided on its behalf, then there would be the reasonable and expected level of outrage from plenty of people.

They try to do what on paper is the ‘right thing’ in ensuring that taxpayers money is efficiently spent and then cop an earful too….. for all their faults (and there are plenty), I don’t get the outrage here.

A Labor Government making life difficult for a Union.

Are you perhaps suggesting that the Union movement has some sort of hold over the Labor party?

Steve Herczeg No. I wasn’t.

Probably outsource the service to a real estate company.

Another stupid decision by this inept government.

Typical of this idiotic Town Council,that dares to masquerade as a government!

Whoever said the government was in league with developers .... can’t happen 🤪😂🤣

Lin Van Oevelen - 3 minutes ago
David Brown Did you look at the information from Cambridge University I posted? View
Shane Taylor - 7 minutes ago
Peter Hutchings I don’t want to get Az jabbed by anyone.😂 View
Margaret Freemantle - 26 minutes ago
Krystal Zoe can you explain that to me? View
News 11

Jim Jim - 5 minutes ago
The ‘Riot Act’ should rebadge itself the ‘Quiet Act’. Never a tough question asked of this government always patting... View
Gabriel Spacca - 56 minutes ago
So the pandemic is over, is it? Good to know.... View
Elroy Jones - 1 hour ago
Keran Niquet I know plenty of people from Belco who love it. And, when stage 3 lands they’ll love it even more! View
Lifestyle 64

May Claydon - 8 minutes ago
When will they be in Woden and Tuggeranong. They are not in Canberra. Only Nth Canberra... View
Tom Adam - 37 minutes ago
Elroy, 😆 it is on the news. My remark is that a pair of non-Canberra businesses are getting so much free advertising from... View
Elroy Jones - 40 minutes ago
Tom Adam no stake - its just got nothing to do with you or your small business. With respect, if your business was newsworthy... View
Opinion 14

HiddenDragon - 2 hours ago
The attractiveness, or at least acceptability, of online learning for international students will surely depend on whether th... View
Janet Mulgrue - 2 hours ago
I did my masters by correspondence before the days of online study. I found it great as I was also working full time. I was a... View
Anissa Jones - 3 hours ago
An article written by a non-teacher commenting on educational practices. What’s wrong with this? Hrmmm Could it be he has n... View
Community 2

Matching intentions and outcomes: tendering in the human services sector

@The_RiotACT @The_RiotACT
The story of playwright, farmer & war hero Millicent Armstrong isn’t widely known, but actor Dianna Nixon will be bringing it to life at the Gunning Arts Festival this month https://t.co/uYoRhqQmOy (49 minutes ago)