Never have 33 bottles of wine meant so much to so many on the NSW South West Slopes.

But those 33 bottles of wine hold the hopes and dreams of dozens of winemakers from Tumbarumba, Canberra and Hilltops as they sit in London. Waiting.

But if there was a person to wait for it’s got to be Jancis Robinson, the world’s most influential wine critic.

It took a month for the shipment of wine to travel from Canberra to Ms Robinson’s tasting rooms in the UK and Bill Mason of Tumbarumba’s Kosciusko Wines said that undertaking itself was monumental.

“The mere fact that she’s taken extensive interest in our situation was enough for us to send the wines over,” he said.

And that situation is familiar to us all, the fires of 2020 that tore through the Tumbarumba region causing significant damage to wineries, some burnt out. 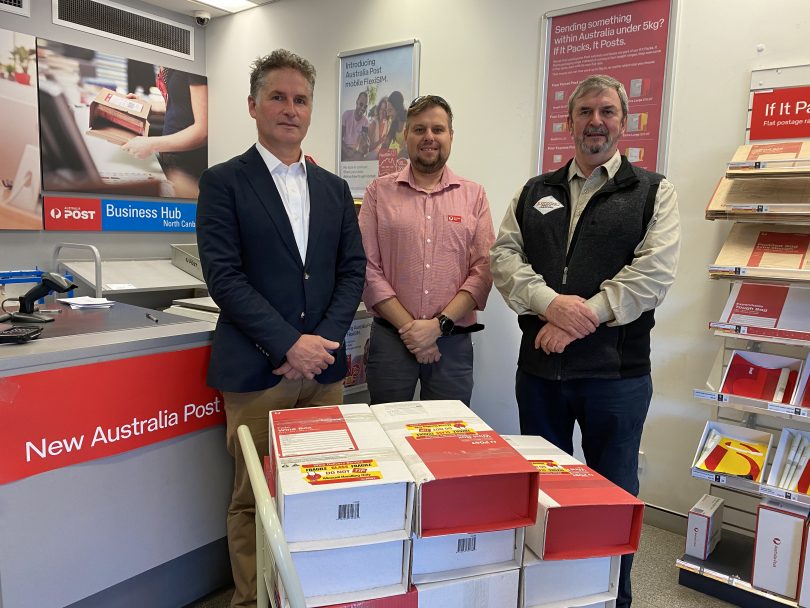 Topping that, the 230 hectares under vine in the region and an estimated harvest of 2000 tonnes of fruit, valued at up to $10 million when made into wine, was lost to smoke taint.

Bill told About Regional that cellar doors in the region had closed indefinitely due to the bushfires and now the COVID-19 pandemic had ground tourism – one of the region’s main industries – to a complete halt.

“So, amidst all of this adversity, we decided to see if we could focus some international attention on the Tumbarumba region, one of the 10 or so smallest wine regions in Australia,” Bill explained.

“We communicated with the leading international wine writers, letting them know of the hardships growers and winemakers were experiencing in Tumbarumba, and the first writer to come back to us was Jancis Robinson in the UK.”

Voted the world’s most influential wine critic in polls in the US, France and internationally in 2018, Jancis Robinson is a wine writer and author. She writes daily for JancisRobinson.com and weekly for the Financial Times. She is the founder and editor of The Oxford Companion to Wine, co-author with Hugh Johnson of The World Atlas of Wine and author of many other acclaimed books on wine.

“In her email back to us, Jancis expressed her deepest sympathies and we were heartened by her support and connection with the Tumbarumba growers and wine producers at that difficult time,’’ Bill said.

With the support of Tumbarumba’s local vineyards and commitment of winemakers and producers from Canberra, Hilltops and other regions who source the high-quality grapes from Tumbarumba, Bill said a decision was made to gather a wide selection of wines from Tumbarumba and ship them to Ms Robinson in London.

Winemakers Alex McKay from Collector Wines, Celine Rousseau of Eden Road Wines and Bryan Currie of Hungerford Hill Wines provided their expertise in tasting and deciding the final selection of wines to be shipped.

“It was not a simple task to ship the wines from Tumbarumba to London amid the severely disrupted logistics that have resulted from the outbreak of the COVID-19 pandemic,” he said.

It was a task made easier with the support of Australia Post and Capital Wines, who both pitched in to ensure the shipment arrived safely.

Bill said he could not thank them enough.

“The end result was that the 33 wines arrived safely in the office of Ms Robinson which is the largest and most comprehensive selection of wines from Tumbarumba ever forwarded overseas to any reviewer or wine show,” Bill said.

Tumbarumba growers and producers are widely represented, as well as those wineries and producers from Canberra and other regions that have sourced grapes from the region, some for many decades.

Cool-climate chardonnay, a variety Tumbarumba is becoming well-known for, was well-represented in the mix. Pinot noir, Pinot Gris, Gruner Veltliner and a Gamay also made the grade.

“Now we will wait to see what Jancis Robinson and her expert panel of reviewers think of the wines that we are all very proud of,” Bill said.

bj_ACT - 31 minutes ago
That’s a really interesting read A nony mous. We deserve to know more research and analysis. Many of the Oaks and Cedars of... View
A Nonny Mouse - 4 hours ago
The Local Government Association of South Australia commissioned an 'Independent Inquiry into Management of Trees on Public L... View
bj_ACT - 6 hours ago
I’d certainly like to see some peer reviewed stats on the tree falls in Canberra. I noticed on radio last week the TCCS exe... View
News 10