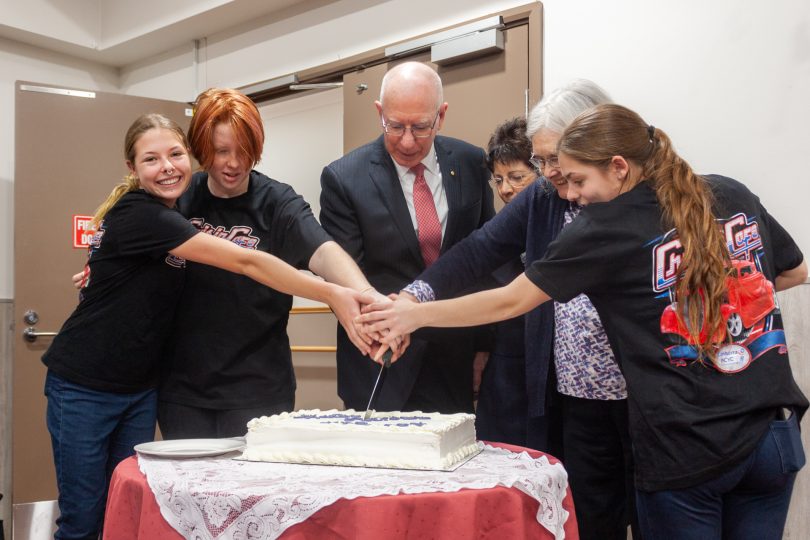 Hands from generations both young and old, including those of the Governor-General David Hurley and his wife Linda came together to officially cut the cake. Photo: Lottie Twyford.

A new program connecting young people with residents in a retirement village is making life better at both ends of the spectrum.

Hands Across the Ages officially seeks to prepare at-risk young people from the Canberra Police Youth Club (PCYC) and who are generally disengaged from school with a variety of employment skills across fields such as hospitality, gardening, electrical and aged care as well as mentorship from a St Andrews resident.

But it’s also been about more than that, as Mavis, who has participated in a variety of PCYC programs, explained.

“I love meeting the residents of the village and it’s good to connect with the older people in our community.

“They’ve got plenty of years on us – so we have a lot to learn,” she laughed. 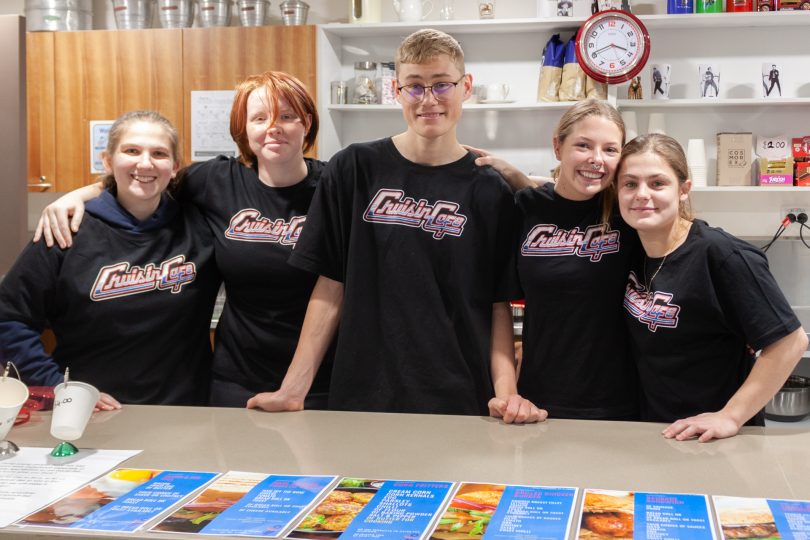 Caitlin, Sophie, Declan, Dusty Rose and Mavis serve up a great brew and put a smile on the faces of the residents at St Andrews. Photo: Lottie Twyford.

The Canberra PCYC has been operating the Cruisin’ Cafe, a mobile coffee van, since late last year, and Mavis has learnt a variety of hospitality skills through her involvement with the initiative.

It’s also been a great way of engaging with the broader community and she says she particularly enjoyed when they were able to take their cafe out to Wakefield Park Raceway near Goulburn.

However, having spent a significant amount of time at St Andrews Village, she’s now considering a career in aged care.

Thanks to the recent partnership between St Andrews and PCYC Canberra, the Cruisin’ Cafe has set up a permanent shop at the village.

PCYC Canberra CEO Cheryl O’Donnell even did her best to add a bit of old world charm to the spot, including vintage Coca Cola and Bushells signs adorning the walls and Elvis playing – a touch she says always goes down a treat with the residents.

It’s the first time the pre-apprenticeship program has been run in a permanent space and it all came about after St Andrews CEO Deb Booth and Cheryl were introduced to one another.

The previously under-utilised space has now been turned into a permanent cafe, fully stocked with enough equipment to train the kids in hospitality, including barista skills.

“It really is the opportunity of a lifetime for some of these kids because sometimes you’ll get people saying they want to do hospitality, but then realise it’s not for them so it gives them the opportunity to look at other skills like gardening, building maintenance and aged care as well,” she said. 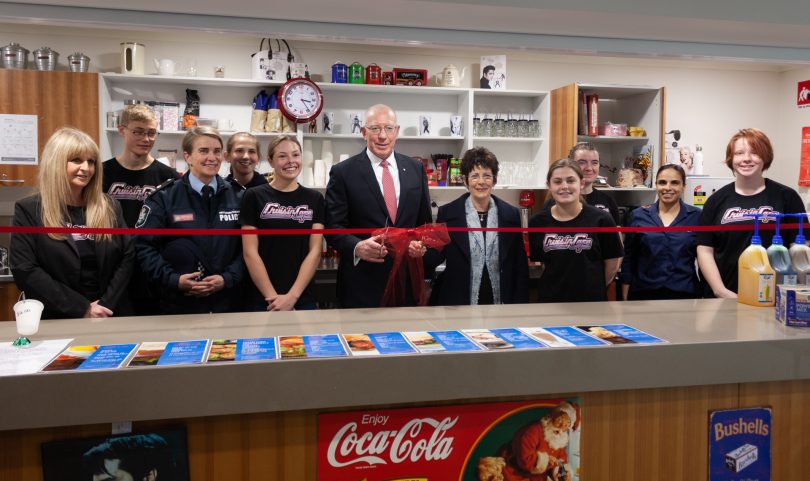 The Governor-General David Hurley and his wife Linda cut the ribbon of the now permanent location of the Cruisin’ Cafe. Photo: Lottie Twyford.

“The people in here love the youngsters and it’s supporting the elderly residents in return because it gives them a feeling of self-worth that they’re still able to be of value.

“If you saw the huge line of residents in the morning lined-up talking and laughing, you’d realise how much it’s adding to both young and old,” Cheryl said.

For Deb from St Andrews, the project was always envisaged to be beneficial to both age groups.

“We have a number of under-occupied older people who can participate in the project to lift their own quality of life, and the mentorship was the somewhat logical extension of the Cafe, where they’d already all made friends with each other.

“It helps to raise their quality of life because it does give them that sense of purpose,” she explained.

Speaking at the event, Governor-General Hurley who is the patron of the Canberra PCYC, said he urged everybody to go into the program with open minds.

“It’s about creating opportunity for young people and showing them how many doors are out there for them to open.

“Whether you’re wrinkled with experience or fresh-faced, need your IT problems solved or want to hear life experience, this is a win-win for everyone.”