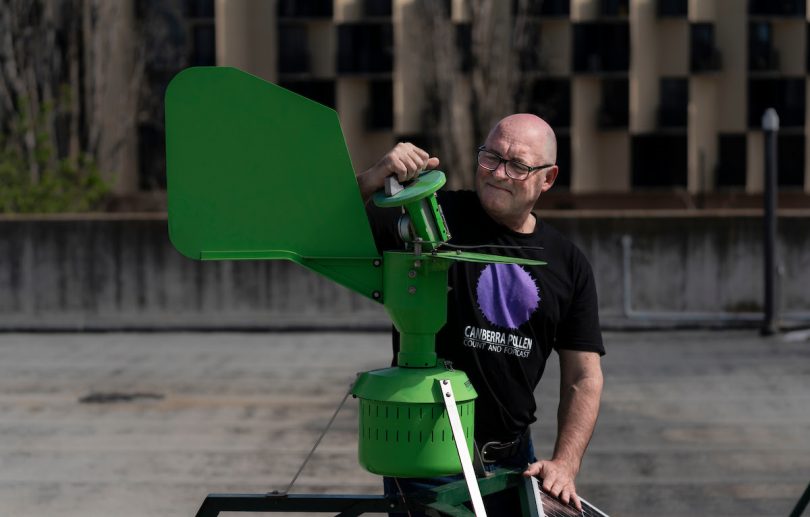 Australia’s “allergy capital” is about to get sneezier, with heightened pollen counts recorded in the lead up to what looks set to be a very congested spring.

Canberra has already had two extreme pollen events on 12 and 16 August and, while elevated levels are not uncommon at this time of year, extreme events are unusual.

It’s bad news for many in the ACT, with Canberrans having the highest rates of hay fever of any city in Australia, said leading pollen expert Professor Simon Haberle.

One in three people in the capital suffers from some form of allergic rhinitis, costing the local economy at least $170 million a year due to its impact on health and productivity.

The extreme levels this week were likely caused by the wet winter and indicate a “bumper year for airborne pollen in and around the ACT”, Professor Haberle said.

“A combination of the warming weather, a wet winter with high soil moisture and windy days are all signs that are pointing to another record pollen season.”

The good news is Canberrans have a slight reprieve over the next week and ahead of spring, with the grass pollen forecast expected to remain low until at least next Tuesday (23 August), according to the pollen monitoring website Canberra Pollen.

The site, and its app, is run by Professor Haberle with the support of the ANU.

Professor Haberle, who also operates under the moniker That Pollen Guy on social media, wants to “clear the air” for allergy sufferers by mapping and tracking pollen risks across Canberra.

The maps will take garden plants and street plants into consideration to map which parts of Canberra may be worse for allergy sufferers. 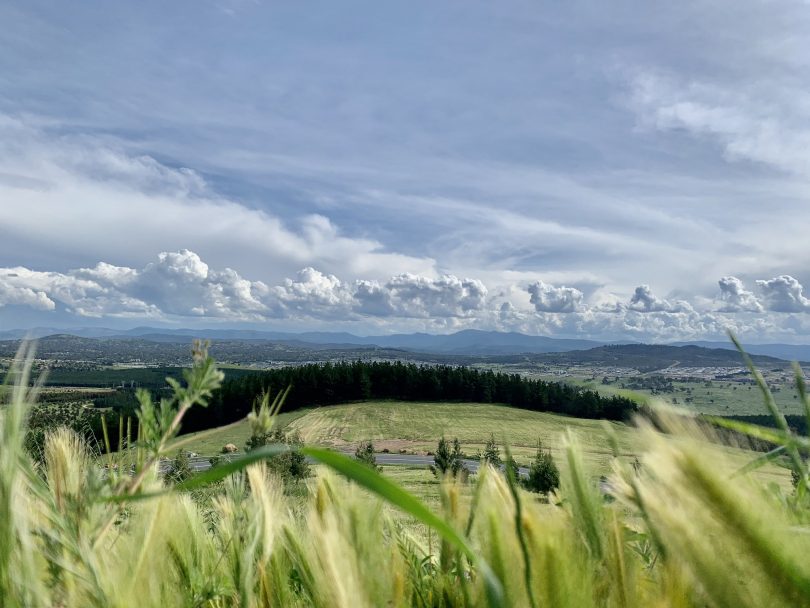 Canberra is about to go from one bad pollen season to another. Photo: Canberra Pollen Twitter.

The new alerts follow on from the ACT’s longest and strongest ever pollen season, which only ended back in March.

It also coincides with magpie season, with most swoops occurring between August and October, and as late as December.

And there’s no app for that.

More information about pollen counts in the region, including weekly forecasts and past reports, can be found on the Canberra Pollen website.

Rye-grass pollens are an issue, as well. I’m told.

It’s November now, and I am still sneezey!

Glenn Hayman this is wonderful and I’m not at all upset by this.

Brendan McKie As much as I miss you at least you won’t cop this…..

Jeez, I knew it! I’m already feeling it 😒

Hey Riot Act, there IS magpie swooping tracking at magpiealert.com

Fran Ballard thanks for letting us know!

As long as it’s not a long bushfire season I will happily sneeze all through it!

Kirsten Musgrove Gay McGuire get the Dymista on script

Yep mine kicked off today 😩

Dont worry urban intensification will cure our allergies. Canberra’s government is working hard to fill in all our greens spaces with as much concrete as they can handle. There wont be a blade of grass or flowering plant left for us to be allergic to. 😆🥳

James Kyburz bring on the honey!

James Kyburz I’m on thin ice I reckon, but haven’t been sneezing since the tub guy gave me 👌

Holly Audsley oh man! It’s only going to get worse!

Joshua Peter you and Henry have lots to look forward to 🥲

Great another season of been looked at like a lepper in public.

Jayde Geary we were right

Rebecca Everest hooray for being right, but Im not excited about the pollen 🤧 its already bad enough!

Jayde Geary yep my sneezing has been on point today 🤧

Jamie Anne ours are so bad already 😢

Katie Parkinson yep and this explains why, extreme to high pollen counts already 😥