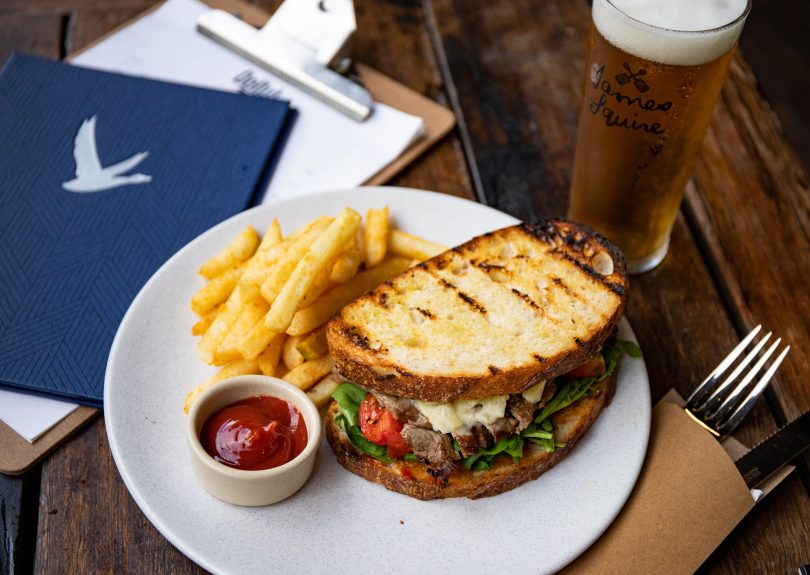 Getting the keys to two new restaurants, giving them each a full interior design makeover, organising furniture delivery, devising new menus, wine and cocktail lists, and opening the doors to customers would take most hospitality operators a good few months.

But in the case of Dolly’s and Bootleg – two new dining and entertainment spots in the old Center Cinema building in the heart of Civic – the turnaround time was just 72 hours.

On 1 December, the family business behind Hopscotch in Braddon, and Young & Frisky in Gungahlin, took over next-door neighbours Shorty’s and Lola’s at 50 Bunda Street and got to work to reopen them with completely new identities in the same week. 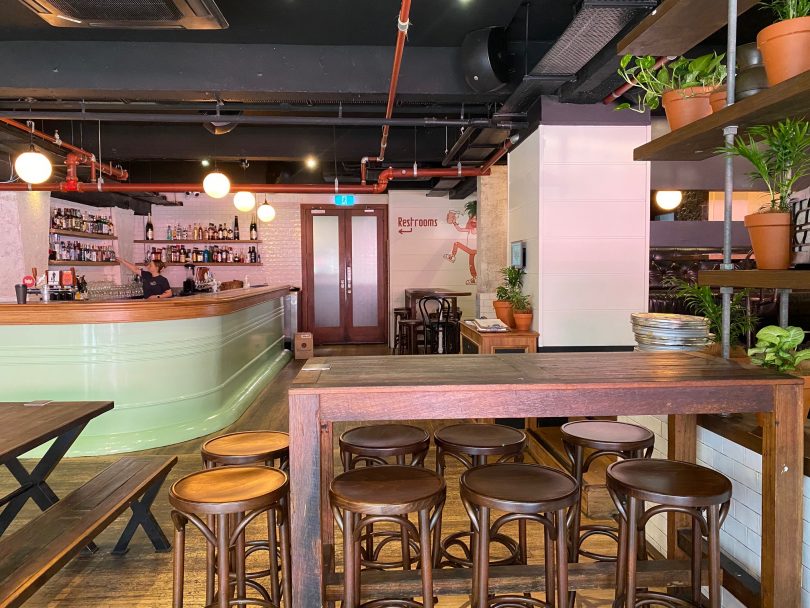 The former Shorty’s has had a bright and breezy makeover to reopen as Dolly’s. Photo: Michelle Rowe.

Beer, burger and entertainment spot Shorty’s has been reimagined into a light, bright, plant-filled gastro pub called Dolly’s, catering to a lunch crowd of local public servants and businesspeople throughout the week, before transitioning into a dinner, bar and dance venue at night.

Lola’s is now an ‘upmarket dive bar’ called Bootleg, a moody place to kick back with a cocktail amidst the paraphernalia of a bygone era – vintage movie posters, old film canisters, cameras and more, in a nod to the building’s previous life. 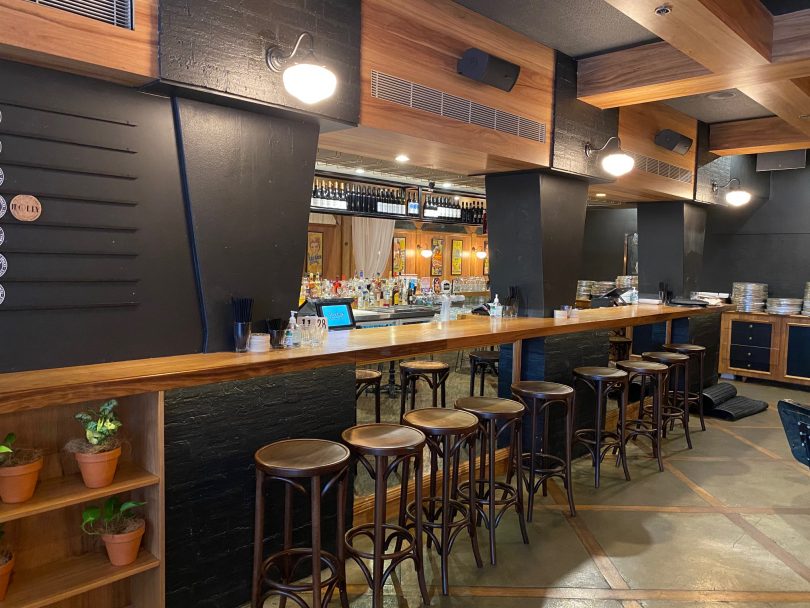 Bootleg has been reimagined as an ‘upmarket dive bar’ with a nod to the building’s past as Center Cinema. Photo: Michelle Rowe.

Flash Eats, also on the ground floor of the building, is doing the food at Bootleg, while still running its small burger shop in Bible Lane to serve the late-night club crowd from Thursday to Saturday. 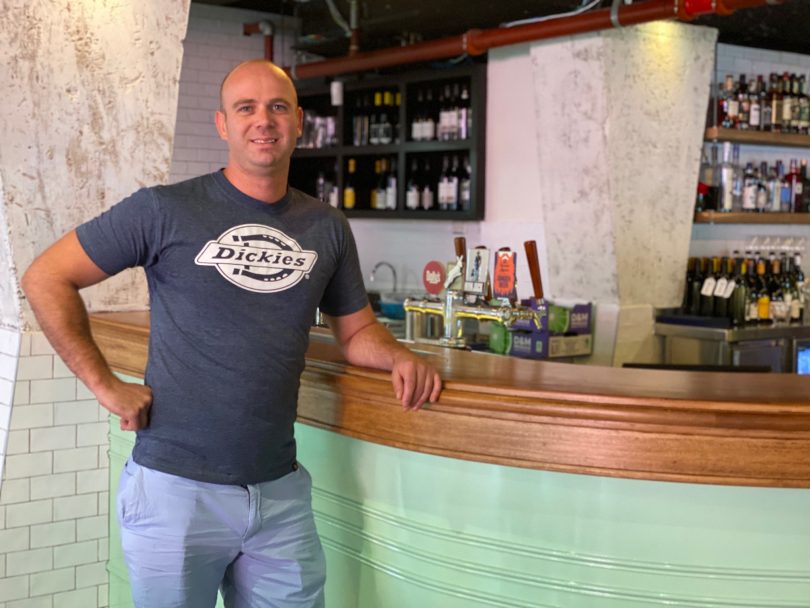 “Shorty’s was quite a dark space before. We’ve re-dressed it after eight years of solid trade and made it a brighter, more vibrant space as Dolly’s. With Bootleg, we went the other way and made the old Italian-style space darker,” says Nick.

“We had good bones to work with.”

The Parkinsons had planned earlier in the year to convert the top of the three-storey building into a rooftop bar, but COVID-19 put paid to that. After a slight change of plans with the acquisition of the two ground-floor tenancies, Nick says they are once again forging ahead with the rooftop venue and expect it to be open this summer. 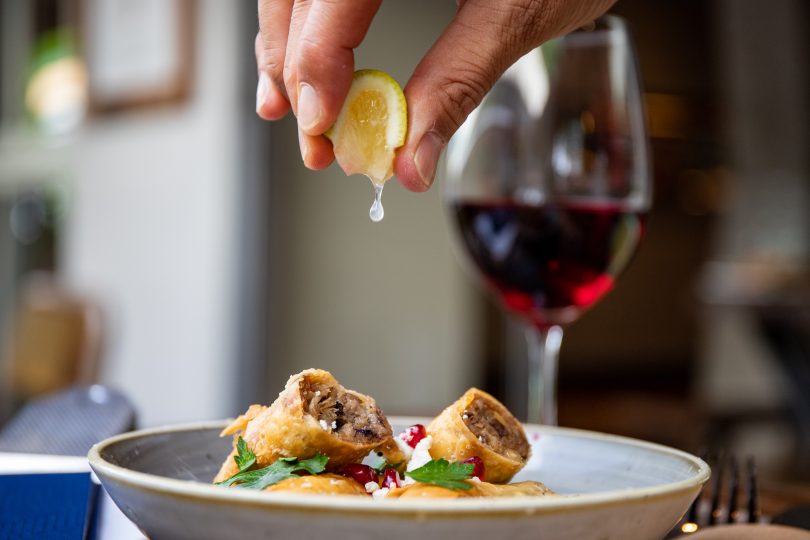 “It might be seen as a brave move to open two new venues at this time, as it’s been a tough year for everyone and it might get worse before it gets better, but we always do things for the long term and this building will be with us for many more years,” he says.

“There’s no time like the present, and December is not a time of year that you want to be closed. There are lots of Christmas parties and December trade and we realised that opening now was probably the best time to let people know we’re around.

“We’ve been getting very positive feedback from customers. People are excited to have something fresh and new.”

Dolly’s and Bootleg are located at 50 Bunda Street, Civic, and open from Monday to Saturday, from 12:00 pm to late.

Louise Frame hopefully we can continue our tradition ☺️

Fleur, Tanara - where shorty’s was!

Karen Dobinson yeasss this is our next lunch spot for sure 😍

austted - 32 minutes ago
There is a good reason why our early settlers planted deciduous trees near their houses. We need to get away from this myth t... View
TimboinOz - 4 hours ago
We have three gum trees close to the street - probably in TCSS's area, and I wouldn't be without them. Yes, there's a risk. View
News 33

phydeaux - 33 minutes ago
I doubt the present value of the QR system compared with its original use, although I am extremely confident it never did hav... View
phydeaux - 43 minutes ago
TheSilver, I recall you have previously been asked for the references for those studies but I do not recall seeing a response... View
jorie1 - 1 hour ago
I disagree with you. The governments over-reacted and there will be a big backlash against them for the way they have mistrea... View
News 230

Jimbo Lambert - 56 minutes ago
Justo Justo some people have driven that stretch of road for 30 or 40 years at 60km/h. If they suddenly reduce the limit it i... View
Dean Soccol - 2 hours ago
Nathan Grieve in Queensland every time we get a fine we lose points. So if you are one of those that don’t care about the m... View
Nathan Grieve - 3 hours ago
Andrew Nelson not every offence comes with demerit points, so unfortunately that statement is incorrect View
Community 8

@the_riotact @The_RiotACT
Extension of support for #Canberra businesses - especially small #businesses - is welcome, but will it be enough to keep them from disappearing? Local experts have their doubts https://t.co/o4s1D2OGsv (56 minutes ago)