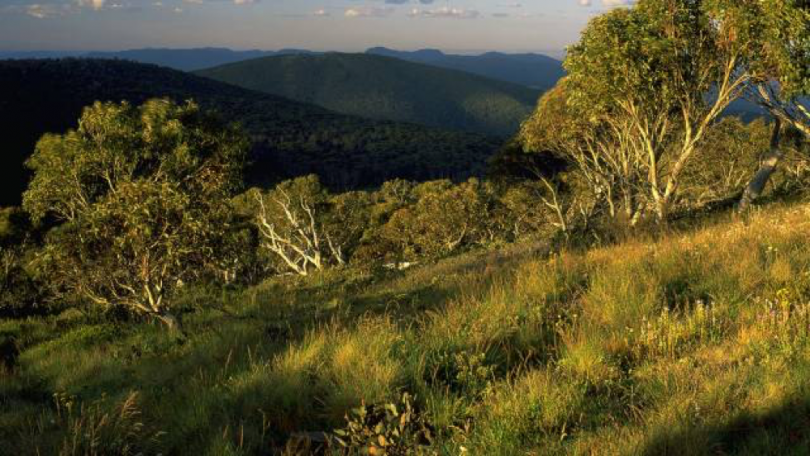 There are growing indications that the ACT Government will move towards a treaty with traditional owners as similar processes begin in Victoria, but where would the negotiations start?

Land rights are the answer, according to Dr Ed Wensing, who also says we won’t make progress on treaty discussions without a truth and healing commission and recognition that previous agreements are flawed.

In a paper published by The Australia Institute, Dr Wensing makes several key findings, including that the transfer of the ACT from NSW to the Commonwealth in 1911 may not have extinguished native title, that there has been no final judicial decision on the issue and that the 2001 Namadgi National Park Agreement actively restricts native title claims.

“I started to focus on this when the ACT declared Reconciliation Day as a public holiday,” Dr Wensing says.

“I began wondering whether native title had ever been extinguished in the ACT. The more I looked, the more I discovered neglect, denial and obfuscation.

“Forty-four per cent of the ACT was Crown land in 1911. Under native title law, that doesn’t get extinguished. There have been a number of claims, but they’ve been discarded along the way for various reasons, so we just don’t know what the legal standing is.”

But Dr Wensing says that the parties didn’t receive sufficient independent legal advice and that the ACT Government has not delivered on the terms of the agreement. He believes the Namadgi agreement should be voided.

“The ACT Government could put the native title issue on the table for a treaty,” Dr Wensing says. “You don’t need a treaty for other outcomes about health and wellbeing. Treaties are about bringing conflicting parties together to resolve past grievances. In this case, that would most likely be land rights and stolen generations.”

A truth and healing council could be formed with the powers of a Royal Commission to investigate ongoing injustices. And Dr Wensing says that given all three major political parties in the ACT have made commitments to move forward on reconciliation, the proper course is “a united and dignified discussion on the floor of the Assembly, not a public spat”.

“We shouldn’t engage in conversations that seek to divide the traditional owners. That is not our business,” he says.

A thorough search and analysis of historical land tenures and transfers should be made, and any related legal opinions made public.

It would be a long process: the South West Native Title agreement, which involves around 30,000 Noongar people and covers approximately 200,000 square kilometres of the south-west region in Western Australia, took 17 years to complete.

“The truth is that we have failed the Aboriginal peoples of this region in the past. We cannot erase the past, but we can change the future,” Dr Wensing says.

Given the very special knack of the ACT politico-bureaucratic complex for taking good, and sometimes even noble, ideas and turning them into embarrassments, it might be better to act on this point –

“You don’t need a treaty for other outcomes about health and wellbeing….”

and focus on getting the ACT into the national lead on those indicators before spending large amounts of public money employing assorted lawyers and researchers to investigate and hypothesize about the esoterica of native title in the ACT.

Native title rights and interests are not an ‘esoteric concept’. The Aboriginal peoples of the ACT are entitled to pursue the processes under the Native Title Act 1993 (Cth), just the same as native title holders have been able to elsewhere around Australia since the Act came into effect on 1 January 1994. To deny them these processes is to deny them their human rights which are also recognised by international law.

Is this the business of the ACT, as we aren’t a state of the Commonwealth, just a territory with limited powers?

Yes. Under s.22 of the Australian Capital Territory (Self-Government) Act 1988 (Cth) the Legislative Assembly for the ACT ‘has power to make laws for the peace, order and good government of the Territory’. However, as i note in my Discussion paper, we are subject to s.122 of the Australian Constitution which provides the Commonwealth with powers to govern the Territories. Because the Commonwealth can override any Territory legislation or governmental action, Brett Walker SC has advised the Northern Territory that ‘the support or acquiescence of the Commonwealth Executive and the Parliament would be useful reassurance throughout and after the process of negotiating a treaty or treaties’.

So who exactly would sign this hypothetical treaty and how would membership of the groups represented by the treaty be defined?

All these people who say, ‘I haven’t seen one’, therefore it doesn’t / shouldn’t be ratified are a joke. Such a superficial argument.

Ana,
I have no idea how your comment relates to mine.

Good questions. These are matters for negotiation between the ACT Legislative Assembly representing the people of the ACT and the Aboriginal families of the ACT.

Ed,
That doesn’t really answer the question though and the basis for even contemplating a “treaty” would have the determination of such an issue as a prerequisite surely.

Having read your paper, I can understand that the local government (with the Feds blessing I assume) could represent the people of the ACT (of which indigenous people are also a part of), but what formally defined Indigenous groups exist with the representative power to sign such a document or agreement sovereign to sovereign?

I know you say that this “treaty” would not be as defined as the term is under international law but that also seems slightly disingenuous if the term is still used in the same manner.

To agree as you say that people of Indigenous backgrounds are currently a separate polity based on their racial or cultural background would in my opinion be anathema to a united Australia moving forward. It would be a divisive action, deliberately defining different classes of citizens, when we should instead be working to unite all citizens as Australians first.

We definitely need to address the problems that are experienced by people of Indigenous background but this should not be done by treating them as a separate group from other Australians but rather by treating everyone as the same.

Ed,
I should also say that although I’ll probably disagree on this issue, the paper itself is very well written and provides a detailed and persuasive discussion of the issues and potential options in this area. Food for thought.

It isn’t about treating people ‘differently’ or ‘treating everyone as the same’. It’s about recognising the local Aboriginal peoples pre-existing rights and the appalling way we, the Settlers, have treated them since we arrived. The Aboriginal peoples of this country have a different status than the rest of us. They were here before us, living sustainably for thousands of years, and we largely decimated their lives and livelihoods. Those matters have never been resolved in any meaningful way.
A treaty is an agreement between two or more parties who are in dispute with each other. The content of a treaty depends on what the disagreeing parties can agree on. As to who can be party to the treaty on behalf of the Aboriginal peoples of this region, I have suggested in my paper that the processes in the Native Title Act 1993 (Cth) should at least be given a chance to try and work out who the traditional owners of this area are. We have to remember that our histories are recorded differently, and that requires careful examination of past atrocities as well as historical records. If that does not work, then we will have to find another way of resolving these matters, hopefully through open and honest dialogue and negotiations.

Thanks for reading my paper. There’s a long way to go yet with these matters.

What will a treaty achieve? I’m a long time camper and bush walker and have never come across a single indigenous person in my travels through Namadgi.

While they may identify as traditional owners that doesn’t mean they have to live traditionally.

Not asking that they live traditionally, just wondering why there should be a treaty at all especially if traditional owners aren’t even interested in experiencing Namadgi.

Symbolism isn’t about actually doing anything.

Nothing about symbolism in the article. So, again I ask, what will a treaty achieve?

“……….all three major political parties in the ACT have made commitments to move forward on reconciliation, ……….”

The content of a treaty depends on what can be agreed between the parties, as i discuss in my Discussion Paper. I urge you to read it. The fact that you don’t see Aboriginal people on your walks through Namadgi National Park is a matter for you to resolve. I suggest you make contact with any of the Representative Aboriginal Organisations and ask them for a guided tour of the Park if you want to learn more about what it means to them. Their contact details can be found on the Access Canberra website.

A matter for me to resolve? I’m out there almost every week, and it’s not a competition, but the place means a lot to me too.

Well, then what did you mean when you said you “have never come across a single indigenous person in my travels through Namadgi”? 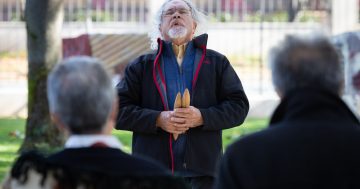 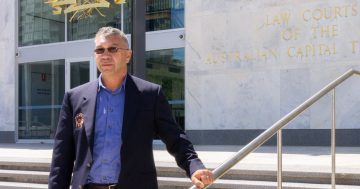