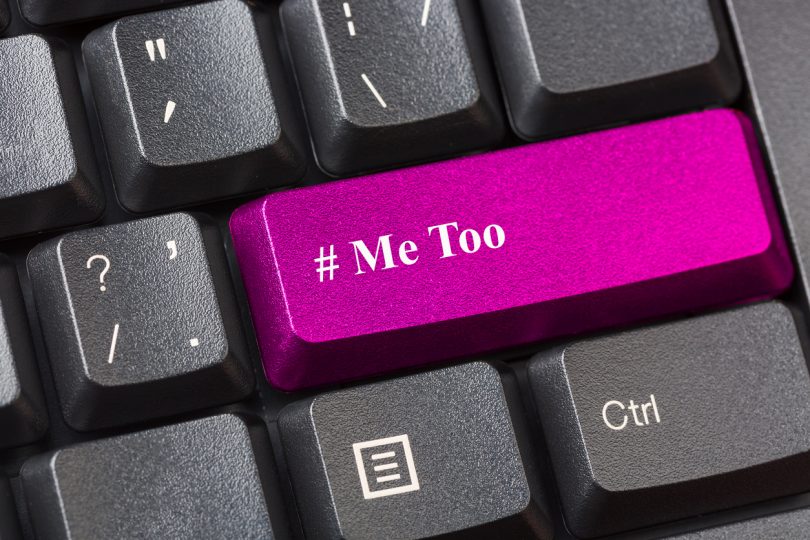 “One in three workers in Australia said that they had been sexually harassed at work over the last five years” – Sex Discrimination Commissioner Kate Jenkins.

Speaking at the National Press Club, Sex Discrimination Commissioner Kate Jenkins said, “One in three workers in Australia said that they had been sexually harassed at work over the last five years, compared with one in five from our 2012 survey and one in ten in 2003.

The survey found that young people aged 18-29 were the most likely to be sexually harassed at work.

It’s the first survey of its kind by the Human Rights Commission, which provided data on the worst offending industries.

Commissioner Jenkins said the results also revealed that formal reporting of workplace sexual harassment continues to be low, with only 17 per cent of people making a report or complaint.

“We know from our research that many people are afraid to report their experiences of unwelcome sexual conduct out of fear that they won’t be believed, that it’s not worth it, that they’ll be ostracised and that it could damage their career.

“It’s also worrying that almost half of those who did make a formal report said that nothing changed at their organisation, as a result of the complaint.”

John Wilson, Managing Legal Director for BAL Lawyers, says that people who have been sexually harassed often do fail to report it, or allow significant time to lapse before speaking out.

“People who have been sexually harassed often feel ashamed or embarrassed, and believe that if they let enough time pass it will just go away. But this isn’t always the case, and for the person who was sexually harassed, it can be an ongoing cause of stress and emotional pain.”

In terms of what constitutes sexual harassment, John says it can be anything from unwelcome text messages to openly crude language or behaviour.

If you have been sexually harassed at work, John says that it’s important to keep in mind:

Complaints of sexual harassment are usually mediated by the Commission and occur between the employer and employee. Although the perpetrator of the harassment is at fault, employers are generally responsible for the actions of their employees and need to prove that they have made all reasonable attempts to prevent sexual harassment in their workplace.

“It’s often not enough to simply promulgate a sexual harassment policy. Avoiding sexual harassment in the workplace requires you to be active and vigilant about training and monitoring staff, with a proper complaint system in place to support those who may have experienced it.

“This is why some organisations monitor employee behaviour outside of work – because they can be held responsible for employee actions, no matter what time of day they occur.”

John says that mediation with the employer before the Commission may result in a financial settlement, with no need to take the matter to hearing by ACAT (ACT Civil and Administrative Tribunal) or the Federal Court. The employee who perpetrated the action may be subject to counselling or immediate termination, depending on the organisation’s policies and the extent of the harassment.

“You will only need to engage a lawyer in three scenarios. First, if you are getting nowhere having made a complaint to your employer. Second, if the harassment was particularly heinous and you would like to take the matter straight to the relevant tribunal. Or third, you want a third party to speak to your employer on your behalf.

If you do wish to seek legal advice on sexual harassment in the workplace, you can call BAL Lawyers on 02 6274 0999.

Sylvia Doherty - 7 hours ago
Amy MacMillen this is the talk that we went to that I was telling you about. View
Anne Brechin - 13 hours ago
I’m not convinced society as a whole wants to jail 11 year olds. View
Coralee Rauber - 14 hours ago
At age 11 the kids know better. The age should stay at 10 to be sentenced View
Community 92

HiddenDragon - 10 hours ago
"In the ACT, only a public service cleanout would make a dent on the market, and that is hardly going to happen when governme... View
Capital Retro - 13 hours ago
There is absolutely no incentive for people to downsize. The ideal requirement for downsizing seniors is a single level town... View
bj_ACT - 15 hours ago
I’m surprised you don’t think the price of land has risen much in the last year. One half of a sub divided block near me... View
News 1

John Moulis - 15 hours ago
I have to admit I liked watching the skateboarding especially when the Japanese boy sailed through and won the gold medal whi... View
show more show less
*Results are based on activity within last 7 days