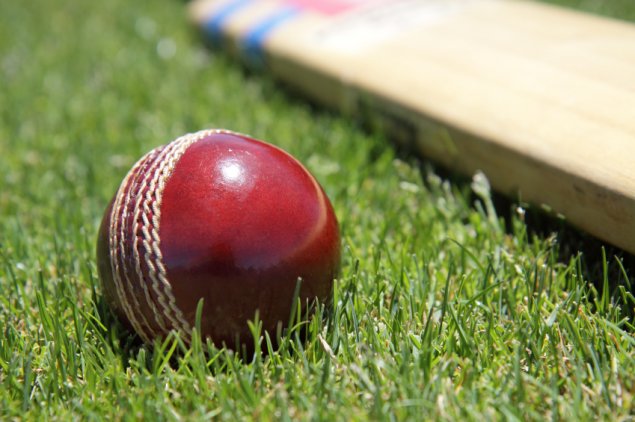 Until recently, I was bored witless with cricket having spent my whole childhood, adolescence and junior adulthood, rapt in its glory.

The one day games were exciting, the Windies were amazing and the Poms were there for the slaughter. The Indians, Sri Lankans and Pakistanis were there to make the numbers up. South Africa was Un-PC.

Then for some reason it just got boring. Australia was on top and vanquished almost everyone (except the Windies) and it was just one big yawn. Couldn’t wait for the footy season to start (Go the Pies!)

Then a couple of things happened which breathed life into the game. The sub-continent woke up and became giant killers. How good was it to get a kick in the pants from the minnows?

But also the standard of Australian cricket actually went down to the others. A commentator on the wireless was saying that just recently and I have to agree with him. But he was saying it as though it was a bad thing. Not me!

I enjoyed the last two tests for the closeness of the result, for the intensity of the players, of the variety of bowling and the stroke play of the batsmen. The reason the Tests were exciting was because both teams were about the same quality. Nothing wrong with that.

The Aussie fast bowlers were chucking (?) them down at around 135 – 148 kph. Yeah? Well Brett Lee and Jeff Thomson, Michael Holding et al, and John Snow whirled them down a bit faster than that! So did Alan Donald. Mitch Johnson was the only bowler to approach that of those guys.

He’s more like a Glenn McGrath or a Dennis Lillee than an express bowler.

Seeing the emergence of young batsmen getting hundreds in Adelaide and Brisbane was tops for me too. Go Davy Warner. Such aggression and such flair. Go Captain Smithy, get on with it Watto. Shame keepers have to bat cos Haddin is the best keeper in the world and battling for his place cos he is in a trough with the bat and there are young guys circling.

Bring on the Poms, I’m back in the fan club!

Maybe soon, they’ll be as good as the Aussie Women’s cricket team?

the quality of cricket in respect to fielding has taken a whoop with the likes of AB devilliers (from another planet) , warner, steven smith etc.
But the fact that the teams are only winning matches at their home turf makes me sick.
those subcontinent minions can just win at their home turf !
Also aussies, england , kiwis etc are not capable of playing on those spinning tracks in sub continents !
those times are gone where one used to go in their oppostion’s backyard and beat them up there only.

Be interesting to see how Kohli goes, now that he’s the Captain.
Would he be able to Captain his team, rile the Aussies, and bat as well as he does, all at once.

I have tickets for PM’s XI, the big bash final, and all the world cup matches being played at Manuka. To have a test here would be bliss.

Apparently in 2016/17 there are 7 tests scheduled in Australia. Hopefully we get one in Canberra, the crowds at Manuka would be no worse than Adelaide and Brisbane tests this year. Test cricket is like fine wine, the subtleties are intriguing, each day can be exciting and game changing, there really is nothing else like it in the world. I do like T20 cricket and thinks its the ideal form of cricket to expand the game, the game is ideal for media and internet, interviewing players on the field should never be done in test cricket, but in T20 its ideal, its unique, even the Americans think we are crazy doing it!

T20 cricket will be OK until a spectator is killed by a ball that has been hit into the stands.
Test cricket is marginally less boring than a 0 – 0 soccer match.

Apparently in 2016/17 there are 7 tests scheduled in Australia. Hopefully we get one in Canberra, the crowds at Manuka would be no worse than Adelaide and Brisbane tests this year. Test cricket is like fine wine, the subtleties are intriguing, each day can be exciting and game changing, there really is nothing else like it in the world. I do like T20 cricket and thinks its the ideal form of cricket to expand the game, the game is ideal for media and internet, interviewing players on the field should never be done in test cricket, but in T20 its ideal, its unique, even the Americans think we are crazy doing it!

Capital Retro - 23 minutes ago
As is the 100% renewable electricity it uses is heavily subsidized, more than the diesel fuel the buses use. View
bj_ACT - 11 hours ago
Noting the Light Rail is much much more heavily subsidised than the buses. View
jam - 13 hours ago
The tram is more easily accessed by more people as it encourages dense development within its reach. It isn’t really possib... View
Business 2

chewy14 - 42 minutes ago
Acton, The IPO was $1.5 a share, so the vast majority of shareholders have still made money as not that many shares have turn... View
Public Sector 55

harcm - 10 hours ago
Here's another idea. Let's think of the intersection as cars crossing the pedestrian path, rather than pedestrians crossing t... View
jam - 13 hours ago
That said, though, bikes are required to slow to around 10km/h before crossing - a bike crossing at the otherwise speed limit... View
jam - 13 hours ago
It is not “bugger all inconvenience” it actually makes a big difference when it is your commute! When I drive past a cros... View
News 161

Jimbo Lambert - 13 hours ago
Areas in Gungahlin haven't been mowed for at least 6 months! How hard is it to use our high rates money to employ some more m... View
Jimbo Lambert - 14 hours ago
Randy Goldberg you mean 6 months later? You must live in a more affluent area than Gungahlin, as it seems we have been alloca... View
Frank Arnold - 16 hours ago
Ohhh myyy Goddd !...Crooked pavements!...pot holes in our roads!...and now it's long grass !!!! FFS we hardly had any 3/4 yea... View
Community 6

kenbehrens - 16 hours ago
That makes no sense. Your comparisons are 20-25 years apart. The "new" bus route takes longer because it services a bigger ar... View
bj_ACT - 17 hours ago
Not sure about the adding 10 minutes to the 333 journey by changing to go past College St and UC. The change Only added 1.2km... View
michael quirk - 21 hours ago
Yes,but it is by no means certain that light rail stimulates urban redevelopment more than BRT. Much depends on design of the... View
News 1

Stephen Saunders - 19 hours ago
Thanks, I wasn't aware of this. Those who care about the Eurobodalla bush should log in to the disgraceful "Dalmeny Land Rele... View
News 7

jwinston - 23 hours ago
Glad you asked JD. Allegedly Aboriginal and Torres Strait Islander people are incarcerated at higher rates than others. The i... View
show more show less
*Results are based on activity within last 7 days