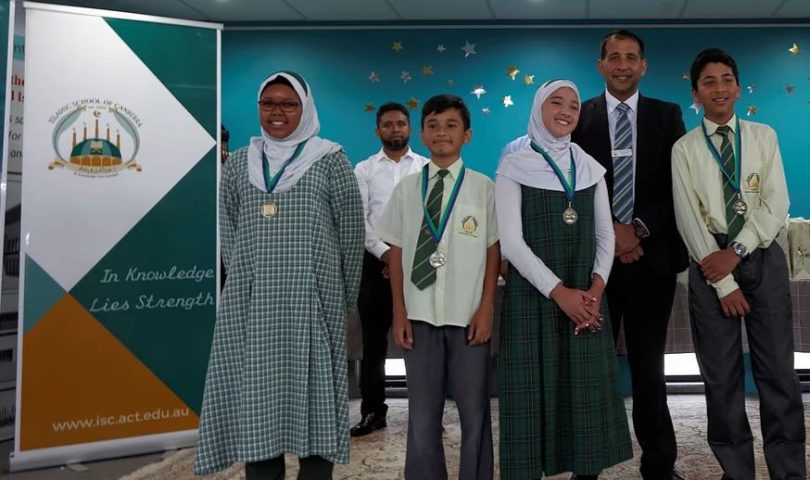 The Islamic School of Canberra in Weston has lost Federal funding after a Education and Training Department review upheld its original decision to withdraw approval for the authority that runs the school.

Minister for Education and Training Simon Birmingham said the original decision detailed the department’s concerns about the authority’s governance and financial management arrangements as a result of of its affiliation with the Australian Federation of Islamic Councils (AFIC).

Senator Birmingham said the department had accommodated repeated requests for more time but the school’s authority had failed to address its non-compliance issues to meet the basic requirements of the Education Act.

“The decision means from 16 December 2017, the authority will no longer receive Australian Government funding. The school can continue to operate as long as it remains registered by the ACT Government and is financially viable,” he said.

“I urge the school’s authority to outline its future plans to give certainty to its students and families.”

School principal David Johns said the school community had been told that the new school board was working with not-for profit organisation Islamic Practice and Dawah Circle (IPDC) on it becoming the proprietor and new approved authority for the school as well as transferring the lease to that body.

“This result is an opportunity for our new board to develop a response that will demonstrate required compliance and Federal funding into the future. I ask that our community continues to support our school and we should all be confident in the knowledge that the school board is committed to the future of the Islamic School of Canberra,” the statement said.

Mr Johns also told ABC radio that if the negotiations with IPDC were successful the organisation had agreed to fill the funding gap until the school regained Federal approval.

The department first commenced a formal review into the financial management and governance arrangements of the Islamic School of Canberra in May 2015, alongside five other schools affiliated with AFIC.

The department had revoked the funding approval for the school authority but it had requested an internal review of the decision.

“All school authorities must meet the requirements of the Education Act to receive funding from the Australian Government. School governance should be of the highest standard and funding should be exclusively used for the education and welfare of students,” Senator Birmingham said.

“Approved authorities have a responsibility to familiarise themselves with the requirements that need to be met in order to receive Australian Government funding under the Education Act. The authorities are responsible for ensuring that these are being met and schools are not put in a situation like what we have seen with the Islamic School of Canberra.

Kylie Jay - 5 hours ago
Megan Chapman took me 40 minutes to get from Queanbeyan West to Tuggeranong on a week day which would normally take 15 on a w... View
consumeradvocatecanberra - 15 hours ago
Most folk don't get it. Canberrans love their cars and have done so for 30 years. It's quick and convenient. But, imagine car... View
Lucy Jane - 16 hours ago
4 day week for everyone but everyone gets a different day off. Will help immensely with traffic congestion and has been trial... View
Opinion 91

Catriona Moxham - 7 hours ago
Molonglo stage 3😢 View
Capital Retro - 12 hours ago
Living on borrowed time? It's actually more like living on borrowed money, from the Territory government to the unemployed. T... View
Lesa Schuster - 15 hours ago
The housing prices need to come down, it’s very hard for many people........it’s pretty city though and does not feel lik... View
Property 19

54-11 - 10 hours ago
Can anyone tell me how many times this year the Raiders have led at half time, and then lost the game? The same stats for the... View
Breaking 3

Kalo Arepo - 13 hours ago
Were they trying to jump the queue? View
Smackbang - 22 hours ago
How about you stop passing judgement on someone you know precisely nothing about? View
Community 15

Stephen Saunders - 21 hours ago
I've been on the Donor Register for many years, and I don't think my family objects, still in practical terms, I have little... View
Motoring 6

School violence not a ‘systemic problem’ in Canberra schools: report